Without a leader, the panel's remaining members can still do some oversight work, but cannot hire staff or set up office space

Seven weeks after Congress unleashed more than $2 trillion to deal with the coronavirus crisis, an oversight commission intended to keep track of how the money is spent remains without a leader.

Four of the five members of the Congressional Oversight Commission have been appointed, but House Speaker Nancy Pelosi, D-Calif., and Senate Majority Leader Mitch McConnell, R-Ky., have not agreed on a chair, leaving the commission rudderless as the federal government pumps unprecedented sums into the economy.

Without a leader, the panel's remaining members can still do some oversight work, but cannot hire staff or set up office space. The four members have not met as a group since the economic rescue law was passed by Congress and signed by President Donald Trump in late March.

"If the commission is not functioning — which it is not — then there is no oversight" on a huge part of the economic rescue law, said John Coates, a professor of law and economics at Harvard Law School.

So far, "it’s a non-oversight, oversight commission,″ added Kimberly Wehle, a visiting professor at American University Law School. Lawmakers trying to oversee the spending law "are surging down the rapids without a raft,'' she said.

Congress created the panel to watch over $500 billion in lending to distressed industries backed by the Treasury Department and Federal Reserve. The Fed has said the money can be leveraged to offer more than $2 trillion in loans to U.S. companies.

But without a chairman, the panel's activity has been reduced to tweets and letters by individual commissioners and a May 8 statement in which it pledged to publish a required report "soon."

The failure by Pelosi and McConnell to agree on an oversight head is the latest example of a broken Congress, marked by partisanship and polarization. Even as both sides acknowledge the importance of overseeing the sprawling economic rescue law, lawmakers are immobilized by a larger political fight, with no resolution immediately in sight.

"It's disappointing but not surprising" that the oversight panel lacks a leader nearly two months after the emergency law was adopted, said Danielle Brian, executive director of the Project on Government Oversight. "We've all seen how Congress operates,'' she added, saying it was difficult to see Pelosi and McConnell agreeing on an appointee in the near term, given their level of mutual distrust.

The dispute between the two leaders "far transcends this particular problem,'' Brian said, but "oversight should not suffer because these two can't agree." 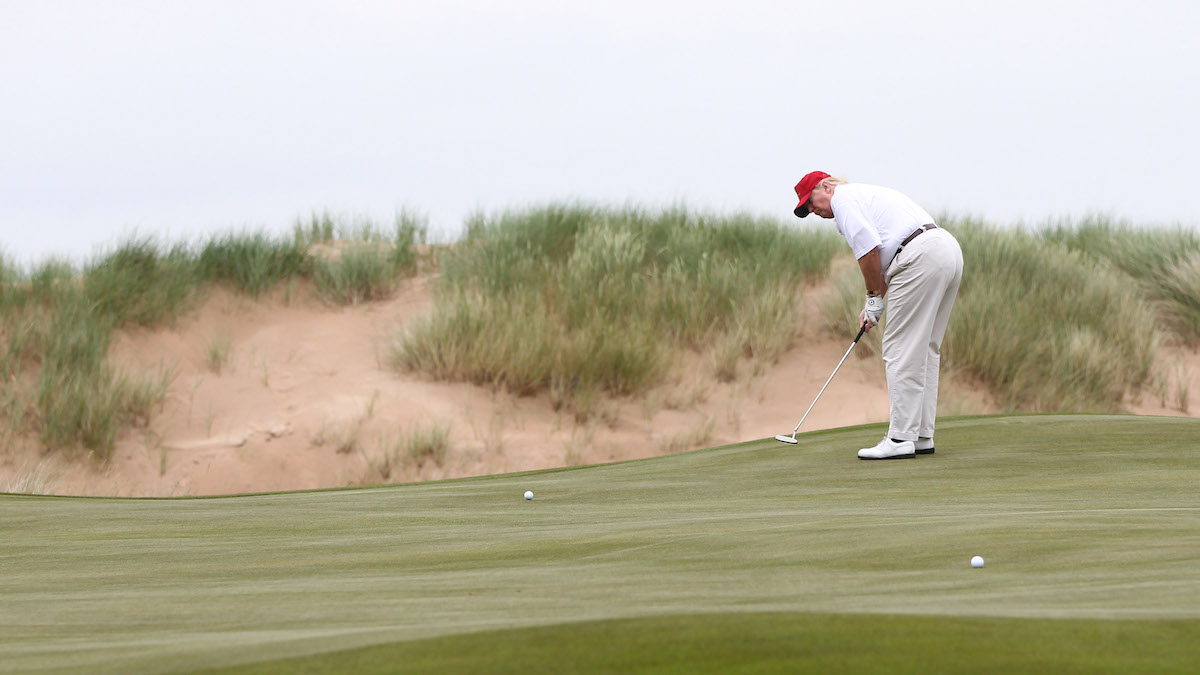 Trump Says Back to Normal in Golf Means Big Crowds, No Masks

Representatives for Pelosi and McConnell said they had no update on when the oversight position would be filled, although Pelosi has told reporters she and McConnell have been talking "and hopefully we’ll have a decision soon." Meanwhile, they have engaged in a high-profile war of words over a new, $3 trillion rescue law pushed by House Democrats.

McConnell called the bill "an 1,800-page liberal wish list,'' while Pelosi lambasted McConnell and other Republicans who have said they want to hold off on more relief spending. "It’s amazing to me how much patience and how much tolerance someone can have for the pain of others," she said. The House approved the bill on Friday, setting up negotiations with the White House and Senate Republicans that could go on for weeks.

Wehle, who teaches courses on the separation of powers, said congressional dysfunctional goes back decades. "There used to be a Congress that worked across the aisle to get things done,'' she said. "They are really not in the business of legislating anymore.''

Ironically, the economic rescue law itself was a rare exception, as Republicans and Democrats joined together to pass the bill overwhelmingly as the country faced an economic collapse because of the COVID-19 crisis. The Senate passed the bill 96-0 and the House approved it two days later on a voice vote. Trump signed it within hours of final passage.

"It was a shining moment when it first came out," Wehle said of the economic rescue law. "We had a glimmer of possibility, but that didn't last.''

The law was "well-intentioned, but not well-executed,'' especially as it relates to oversight, Wehle said. A council of inspectors general intended to oversee the law also remains incomplete, and Trump removed the group's initial chairman shortly after the law's passage.

Trump has bristled at the law's oversight provisions, suggesting in a signing statement that some of the mandates from Congress were unconstitutional and did not need to be obeyed.

Rep. French Hill, R-Ark., one of the oversight panel's four members, said he has urged Pelosi and McConnell to find consensus and select a chair.

"In the interim, the commissioners have an obligation to report to Congress, which we are endeavoring to do,'' Hill said in a statement. An initial report is being finalized and is likely to be released next week, he said.

"Once a chair is appointed, I’m looking forward to accomplishing more tangible work like holding hearings with the Treasury and Federal Reserve officials overseeing these programs, receiving support from a commission staff and conducting more detailed oversight,'' Hill said.

Shalala said in a statement Friday that she has divested all of her individual stock holdings, following criticism that she failed to disclose stock sales she made last year after her 2018 election to Congress. Her actions should "eliminate any potential conflict of interest" and reassure her constituents that her only focus in Congress is "serving our community and our country,'' Shalala said.