Republicans responding to the myth of widespread voter fraud are turning to a new tactic to appease voters who believe the claims: election police.

The efforts to establish law enforcement units dedicated to investigating election crimes come as Republican lawmakers and governors move to satisfy the millions of voters in their party who believe former President Donald Trump's false claims that widespread voter fraud cost him reelection in 2020.

In Florida, Republican lawmakers passed an election police bill pushed by Gov. Ron DeSantis, a potential 2024 GOP presidential candidate, who justified its need by citing unspecified cases of fraud. Similar legislation in Georgia would allow the state Bureau of Investigation to examine election fraud claims without invitations from other officials.

Republicans say the special police powers are needed to restore confidence in elections and uncover instances of fraud. Democrats and voting rights groups say the new layer of law enforcement would be redundant, given that local and state authorities already identify and prosecute potential fraud cases, and could be leveraged for partisan purposes.

Voting laws vary among all 50 states, and there was no simple tool to track all those differences. So NBCLX built one. Storyteller Peter Hull explains Project Democracy and the ballot access map, and we review some of the most striking differences in voting rights from Texas to Maine, with the help of Morning Consult senior reporter Eli Yokley.

Increased involvement from law enforcement can be a deterrent to voters wanting to cast a ballot and even local election officials offering help, said Daniel Griffith, the policy director at Secure Democracy USA, a nonpartisan voting access group.

Voter fraud is rare, typically occurs in isolated instances and is generally detected. An Associated Press investigation of the 2020 presidential election found fewer than 475 potential cases of voter fraud out of 25.5 million ballots cast in the six states where Trump and his allies disputed his loss to President Joe Biden.

Nevertheless, Trump's false claims have proliferated in the GOP. They sparked a wave of legislation last year that placed new requirements for voters to cast ballots early or through the mail in Republican-controlled states, as well as a host of other rules critics labeled as restrictive.

Republicans have introduced a smaller set of state voting bills this year that they have often explained as necessary to prevent fraud, though not all have succeeded. In Arizona, another battleground state lost by Trump, legislation that would have established an agency in the governor’s office to investigate election fraud with subpoena power failed to advance.

The Florida proposal passed earlier this month creates a 15-person office of Election Crimes and Security under the Department of State, which is run by an appointee of the governor. The unit would be tasked with receiving election-related fraud complaints and conducting preliminary investigations.

DeSantis would then be required to appoint a group of special officers within the Florida Department of Law Enforcement who would pursue the complaints. The 10 officers would have policing powers and would exist under the Florida Department of Law Enforcement. Under current state law, Florida's governor can appoint officers to investigate violations of election law but is not required to do so.

The governor has previously praised the state's 2020 election as smooth and has resisted calls to conduct a review of the results similar to a partisan effort that was carried out in Arizona but which ultimately found no evidence of wrongdoing.

“I really think we have a lot of procedures in place where these things can be addressed, and I worry that we’re putting in place a police force which has no guardrails,” said state Sen. Lori Berman, a Democrat. “We don't know who can initiate the investigation, there’s nothing to prevent it from being used for targeting certain groups, and I really worry about us having this kind of squad that’s totally out there without any supervision.”

We've all been tempted to sit out an election by convincing ourselves one vote doesn't matter that much. But the truth is a single-digit number of votes can have a big impact on federal and local policies. NBCLX political editor Noah Pransky looks back at several elections where only a few votes made a big difference.

As the Florida bill moved through the GOP-controlled legislature, Republicans repeatedly highlighted a small number of election crimes in the state as justification for the proposal.

They noted four cases of people caught voting twice and reports of mostly elderly Hispanic voters in South Florida having their party registration wrongfully changed from Democrat to Republican by GOP canvassers. Some Republicans also suggested there were dozens of additional undisclosed fraud cases in the state, which Trump won, but provided no evidence.

"Are we afraid of our elections being too secure?” Republican state Sen. Travis Hutson, the bill's sponsor, said in advocating for the legislation.

Critics have said the measure is a way for DeSantis to appease those who believe the 2020 election was fraudulent and to bolster his ascent in the Republican Party.

“This is very much a response to pressure to pursue even more outlandish ideas, like relitigating the 2020 election," said Brad Ashwell, Florida state director of the advocacy group All Voting is Local.

Florida Secretary of State Laurel M. Lee, a Republican, has said the office would review all claims as a way to ensure the state's elections were secure. Mallory E. Morgan, press secretary in the Florida Department of State, said DeSantis would not direct which allegations should or shouldn’t be investigated.

"The governor simply wants to ensure that Floridians will have a clear, straightforward way to report suspected voter fraud, and that a dedicated team of law enforcement personnel can address it in accordance with the law," she said.

DeSantis is expected to sign the bill in the coming weeks.

In Georgia, Republicans also have been calling for policing units dedicated to investigating election crimes.

Election problems are currently handled by investigators with police powers in the office of Secretary of State Brad Raffensperger, a Republican who drew GOP scorn for rejecting Trump's request to “find” enough votes so he could overturn Biden's victory in the state in 2020. 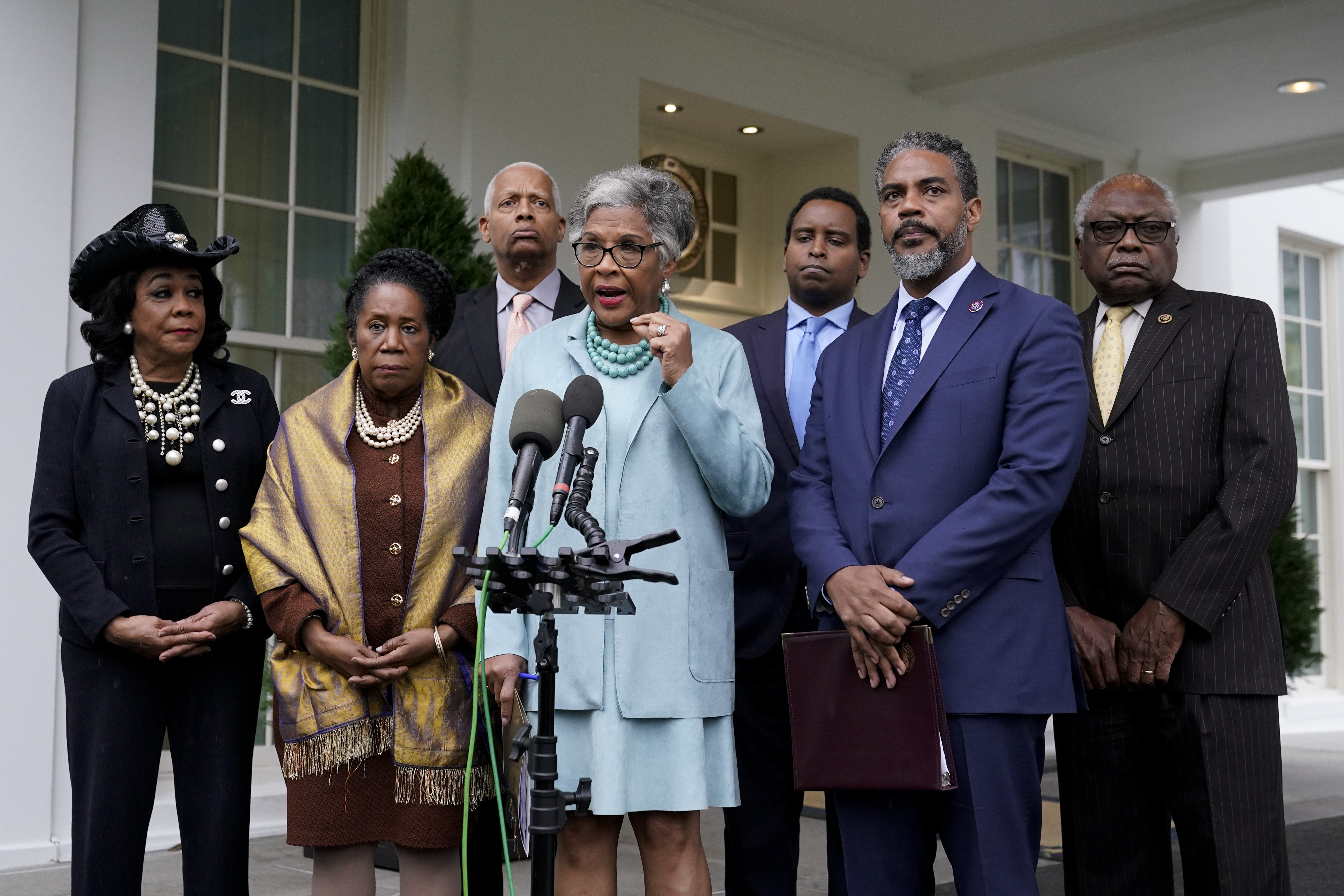 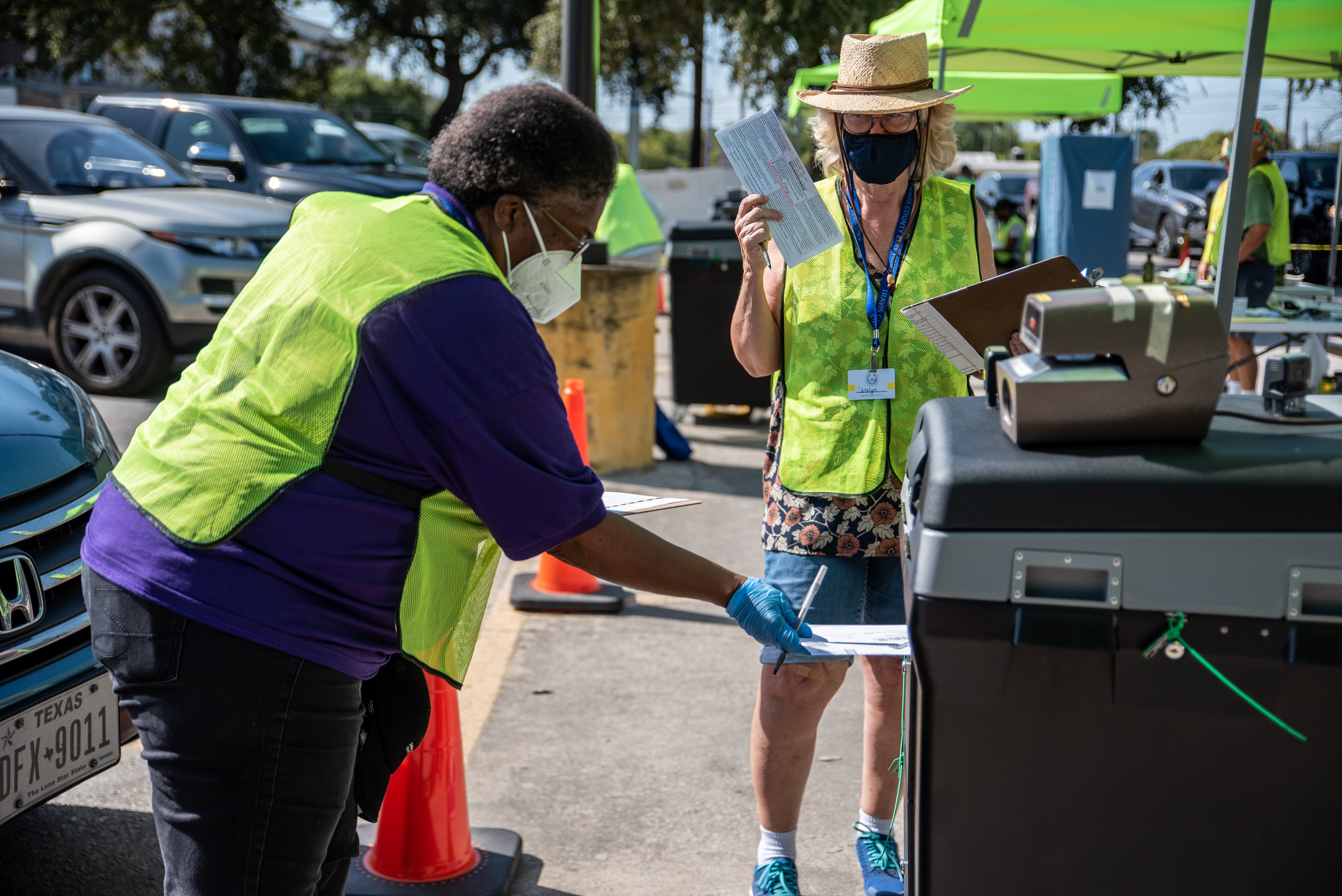 Republicans in the state House recently approved a proposal to allow the Georgia Bureau of Investigation to dedicate agents to election crimes, among a host of other provisions related to voting. Lawmakers have included $579,000 in next year’s budget for four Georgia Bureau of Investigation positions. The agents would have policing powers and report to the bureau's director.

Raffensperger has endorsed the idea, as has Republican Gov. Brian Kemp, saying it would provide greater confidence in elections. The AP's investigation in the six battleground states found just 64 instances of potential fraud in Georgia from the 2020 presidential election, representing 0.54% of Biden’s margin of victory in the state. Nearly half those cases were determined to be the result of an administrative error or some other mistake.

The bill now moves to the Republican-controlled Senate.

Democrats said they worry that having a law enforcement agency involved in elections could intimidate Black voters, given the history of police being used to suppress voting during the segregation era.

“We see that folks in the majority party are doing exactly what they’ve done before, using any means necessary to hold on to power,” Rep Derek Mallow, a Democrat, said this week. “And we all know why we’re seeing another bill attacking our election system and our election workers in the state of Georgia. It has nothing to do with election integrity or security. This bill is about the majority party legislating on a lie, the big lie."