Analysis: As US Reckons Over Race, Trump Becomes a Bystander

Trump is leaning into many of the same personal and policy instincts that helped him draw support from disaffected, largely white, Americans in the 2016 election

At a moment of national reckoning over racism in America, President Donald Trump is increasingly becoming a bystander.

He wasn’t in the pews of churches in Minneapolis or Houston to memorialize George Floyd, the black man whose death sparked protests across the country. He hasn’t spoken publicly about the ways Floyd’s death during a police arrest has shaken the conscience of millions of Americans of all races. And he’s dismissed the notion of systemic racism in law enforcement, repeatedly putting himself firmly on the side of the police over protesters.

In doing so, Trump is leaning into many of the same personal and policy instincts that helped him draw support from disaffected, largely white, Americans in the 2016 election. Yet he appears to be falling out of step with the growing majority of Americans, including some of his supporters in politics, sports and pop culture, who see Floyd’s death as a searing inflection point in America’s fraught racial history.

That not only raises questions about Trump’s standing less than five months from Election Day, but also defies expectations that American presidents in the modern era, regardless of their political party, will advocate for equality, particularly during moments of racial turmoil.

“What you have seen since Donald Trump has become president is a complete rejection of that norm and that remains true up until today,” said Russell Riley, professor and co-chair of the Presidential Oral History Program at the University of Virginia’s Miller Center.

To some of the president's critics, Trump's rhetoric, the policies he has sought to implement in office, and the very fact of his election are central to the discussions over racism that are coursing through the country. Trump, who notably talked about there being “good people on both sides” of a clash between white supremacists and counter protesters during 2017 demonstrations in Charlottesville, Virginia, has indeed appeared to embolden racist elements in America, though he has said he disavows white supremacists.

At a press conference on Friday to praise declines in U.S. unemployment rates, President Donald Trump briefly highlighted his plans to address the country's widespread protests against police brutality, saying, "Our country is so strong and that's what my plan is: we're going to have the strongest economy in the world."

Many Republicans and other entities with deep ties to Trump's most ardent supporters have spent the past three years grappling with how to account for that reality. Yet this week, some have taken steps forward without waiting for signals from the president.

On Wednesday, NASCAR, which has a fan base throughout Trump strongholds in the South, banned the Confederate flag from its races and venues. The announcement came shortly after the president said his administration would “not even consider” changing the name of 10 Army bases named for Confederate Army officers — a step Defense Secretary Mark Esper said he was open to discussing.

White House advisers have grappled with the president’s role in this moment, particularly given that so many of the statements he has made following Floyd’s death have only escalated tensions, including his threats to send the military into states to quell protests. Some aides contemplated a national address on race, but felt there was little the president could say of consequence in this moment.

“An address that demonstrated empathy, compassion, listening, conciliation, a way forward ... that wouldn’t be too late at all,” said Meena Bose, a presidential historian at Hofstra University. “A speech that doesn’t do that is maybe worse than no speech at all.”

Some of the efforts Trump has made to wade into the conversation about racism and police brutality have been uneven at best.

Floyd’s brother, Philonise Floyd, said a phone call from the president was “very brief” and the president “didn’t give me an opportunity to even speak.” Philonise Floyd praised a separate phone call he had with Joe Biden, the presumptive Democratic presidential nominee, who also met with the Floyd family in person and recorded a video message that played at Tuesday’s funeral service. 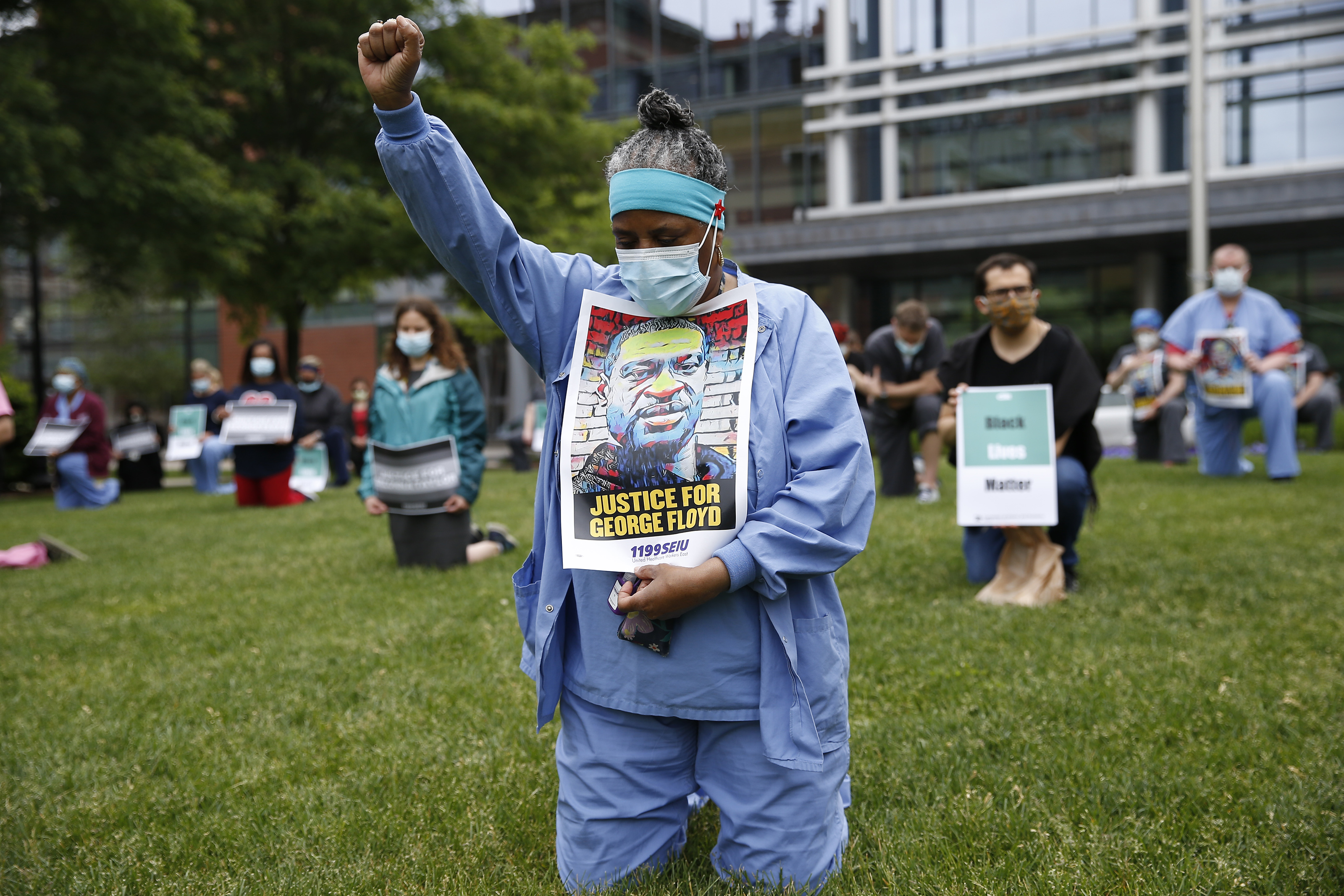 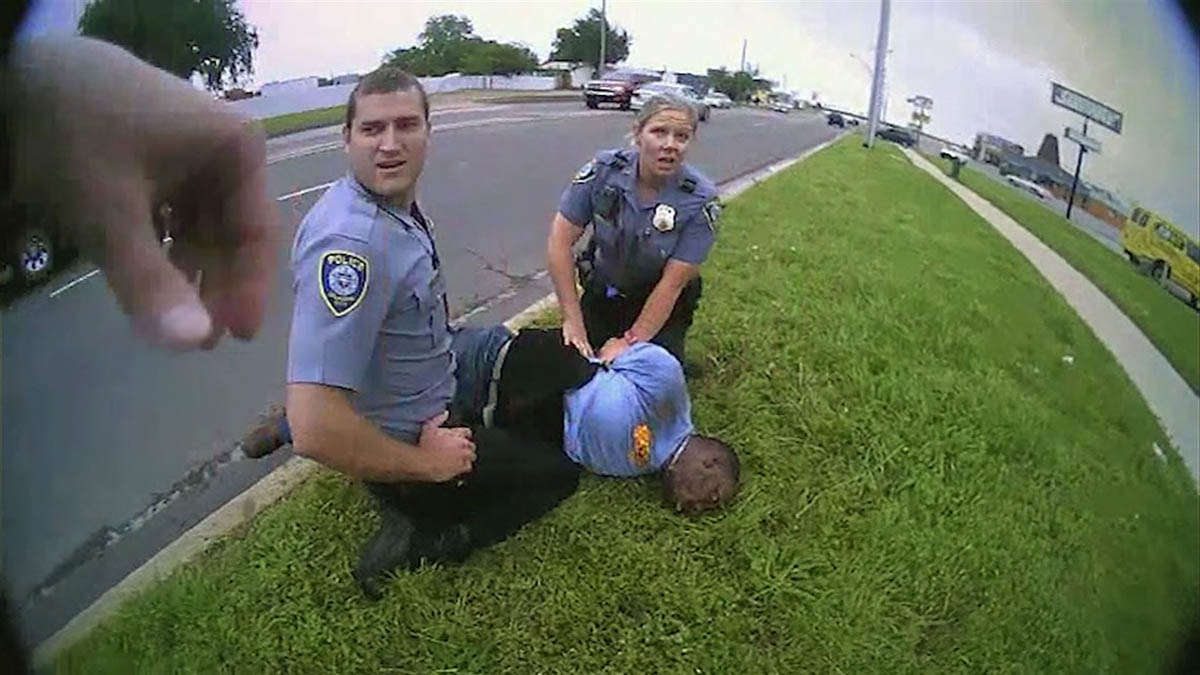 On Wednesday, Trump held a roundtable with a handful of black supporters, including Housing Secretary Ben Carson. But rather than the president asking questions about their experience, those in the room largely just took turns heaping praise on Trump.

“Mr. President, you have been nothing short of historical for black America,” said Kareem Lanier, co-chairman of Urban Revitalization Coalition Inc.

Trump will try again Thursday when he holds a meeting on race relations and policing in Dallas, where he’s traveling for a fundraiser. However, the Dallas Morning News reported that the city’s police chief, the county sheriff and the district attorney — all of whom are black — were not invited to attend.

Floyd died on Memorial Day after a white police officer pressed his knee on Floyd's neck for several minutes and other officers did not intervene. The incident was captured on video and prompted an outcry in the U.S., and around the world, over police brutality against minorities.

Floyd’s death unleashed an outpouring of anger and frustration from black Americans and has also prompted many white Americans to confront the ways their own biases and privilege have contributed to persistent racism. The protests in many American cities have been notably diverse.

And less than three weeks after Floyd’s death, there are some signs of a real societal shift.

President Donald Trump stressed that everyone deserves equal treatment under the law during an address in the Rose Garden at the White House. He declined to take questions from the media about protesting across the country.

A recent CNN poll shows 67% of Americans say the country’s criminal justice system favors whites over blacks, up from 51% who said they held that view in 2016. The same survey shows that roughly two-thirds of Americans say racism is a “big problem” in society, up from about half in October 2016.

On Capitol Hill, Democrats quickly unveiled sweeping police reform legislation, including banning chokeholds and limiting legal protections for police. Republicans say they are also open to some reforms, including a national registry of use-of-force incidents so police officers cannot transfer between departments without public awareness of their records.

White House chief of staff Mark Meadows and senior adviser Jared Kushner have been discussing possible packages with GOP lawmakers, but it’s unclear what the president himself would be willing to accept.

The shifting national mood also extends outside of Washington. Virginia Gov. Ralph Northam ordered the removal of a statue of Robert E. Lee in Richmond, the capital of the Confederacy. And NFL Commissioner Robert Goodell apologized last week for not listening to players fighting for racial equality.

Yet the president has either stayed out of these public debates or come down on the opposite side of the matter. Trump, who has disparaged NFL players who protested police brutality against minorities by kneeling during the national anthem, appeared to criticize Goodell’s turnabout in a tweet.

Trump has long had a strained relationship with African Americans. The Justice Department sued him and his father in the early 1970s for discriminating against black housing applicants, for years he pushed the false claim that President Barack Obama wasn’t born in the United States, and in private discussions with White House aides he referred to Haiti and African nations as “shithole” countries.

That history, his critics say, means there should be little surprise in the way he has responded to a burgeoning national outcry over persistent racism in America.

“What we’re seeing now is just an extension of what he’s always felt,” said Rep. Marcia Fudge, an Ohio Democrat. “He’s showing all his prejudice and all of his bias at a time when a real leader would be trying to bring the nation together.”