Protests over George Floyd's killing at the hands of Minneapolis police were raging across the country last June when a Democratic lawmaker took to the floor of the Pennsylvania Senate to argue for greater protections against racial discrimination.

Next week, nearly a year after Floyd's death, voters will decide whether to make those protections explicit in the state constitution. It's believed to be the first time since last summer's protests that voters will decide a racial equity question on a statewide ballot.

Its effects, if approved by voters, are uncertain, but civil rights groups say it potentially could lead to policy changes in housing, policing, education and other areas. Pennsylvania would join several other states that make specific references to race in their constitutions' anti-discrimination provisions.

State Sen. Vince Hughes said court cases and judicial decisions ultimately will determine the practical effect of the proposal he sponsored, but he sees the amendment as a step in the right direction. The Philadelphia lawmaker said he wants it in place if federal anti-discrimination case law is ever reversed by conservative federal judges appointed by former President Donald Trump or the Republican-majority U.S. Supreme Court.

“Any extra protection that we can provide around the issue of race and ethnicity, I think we need to be in the business of providing,” said Hughes, a member of the Pennsylvania Legislative Black Caucus. “And if we can add that extra protection to the state constitution, the lawyers that I talk to said that that's a good thing.” 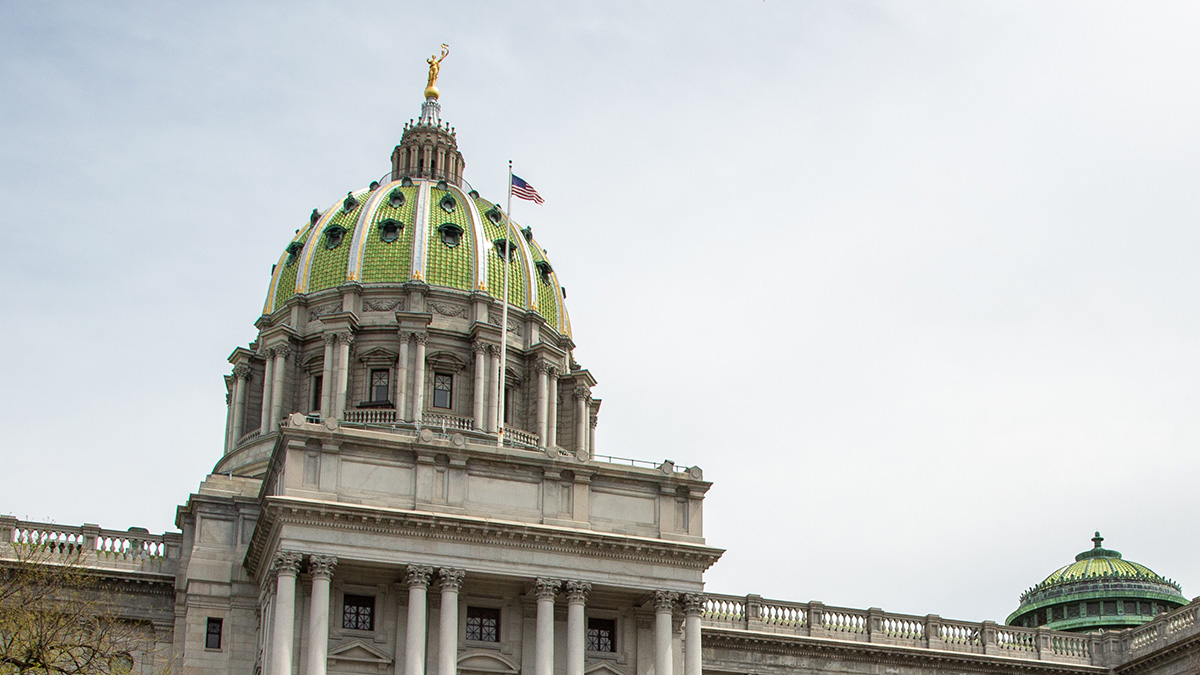 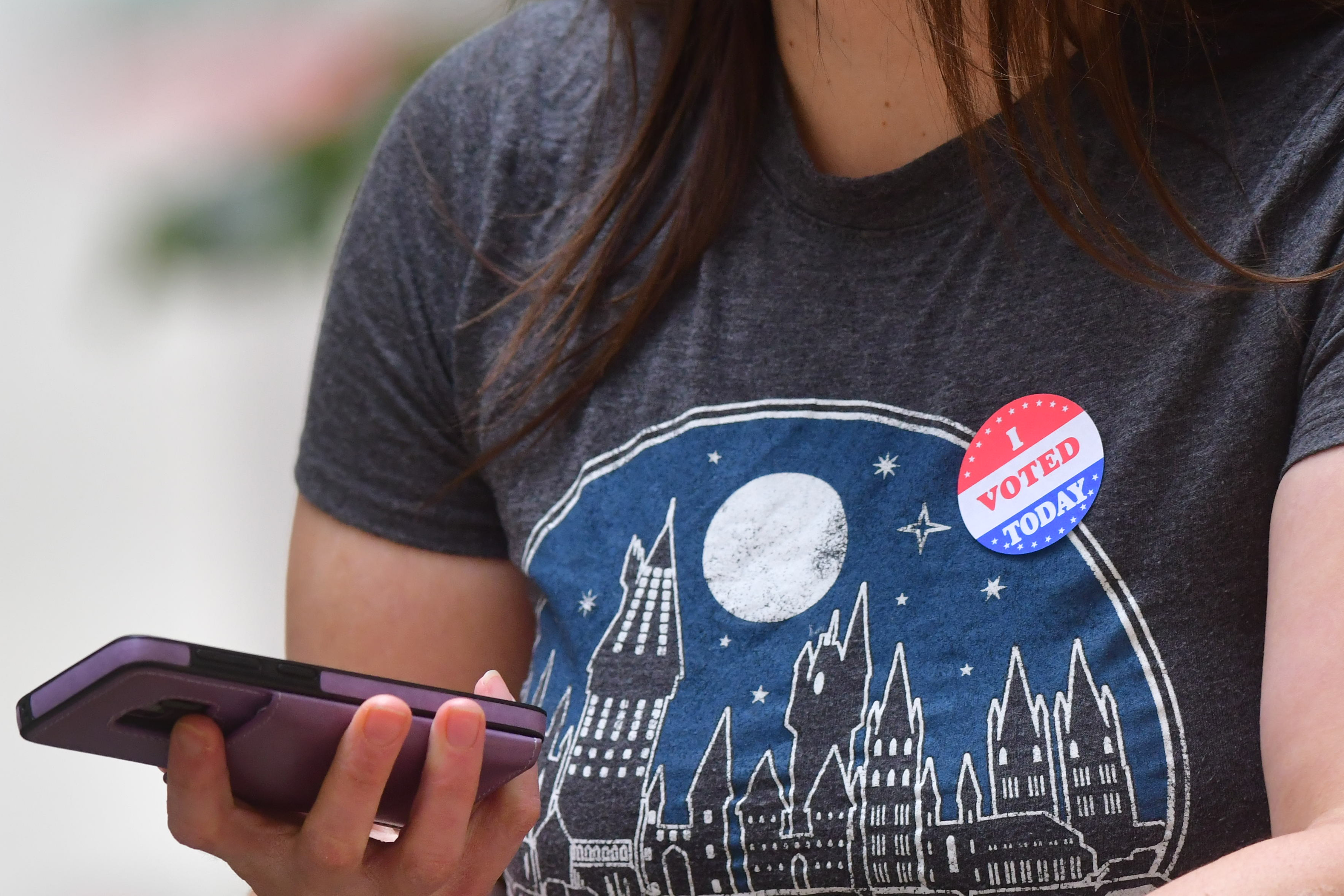 The proposed constitutional amendment, which passed both chambers last summer and again early this year with bipartisan support, was included in a vote that put two other, unrelated amendment proposals on Tuesdays' primary ballot. Both were Republican measures to rein in a governor's executive powers during emergencies such as the coronavirus pandemic and give the Legislature much greater authority.

In an odd twist, it's why Hughes and nearly all other Democrats in the General Assembly voted against his racial equity amendment. Lawmakers had to cast just a single vote for all three amendments, and Democrats strongly opposed the GOP measures because they view them as a way to undercut the current Democratic governor.

If approved by voters, Hughes' amendment would add a section to the state constitution saying equality of rights under the law shall not be denied or abridged because of someone's race or ethnicity. By including ethnicity, the amendment also applies to Latinos.

It would become the constitution's fourth equality provision. In different places, the document already states that “all men are born equally free and independent,” includes a 1971 amendment that ensures gender equality and ensures that the state or local governments cannot stop someone from exercising their civil rights.

An analysis for voters by the state attorney general's office said the measure would increase protections against discrimination, including that which unintentionally affects people of color. Race-conscious programs that increase equality, the agency said, will still be permitted. The amendment would apply to state, county and local government entities.

Support from the conservative Commonwealth Foundation, which sent mailings linking all three amendments as ways to improve “equality for all,” prompted criticism from the Legislative Black Caucus. The foundation has not been an ally on many issues of importance to Black voters and has co-opted the racial equality measure to pursue its own agenda, said state Rep. Donna Bullock, D-Philadelphia, the caucus chairwoman.

“Using issues that we connect with to make that message, to appeal to my community, is insulting. It is not sincere,” Bullock said.

Commonwealth Foundation spokesman Michael Torres said his organization has aligned with Black caucus members on criminal justice, school choice and other issues. It considers the racial equality amendment to be a way to protect people from harmful and discriminatory government actions.

The practical effect of the one-sentence racial equality amendment may not be clear for years, perhaps until the state Supreme Court weighs in. But state Senate Majority Leader Kim Ward is among those who believe it will not have a major impact because it does nothing more than mirror existing anti-discrimination standards under the U.S. Constitution's equal protection clause.

“I think we already live under the law that you cannot discriminate based on race or ethnicity," said Ward, a Westmoreland County Republican.

Duquesne Law School professor Bruce Ledewitz, who has studied and written extensively about the state constitution, also believes the federal protections against racial discrimination mean the proposed Pennsylvania amendment is likely to have little practical impact.

But Jon Greenbaum, chief counsel at the Washington-based Lawyers' Committee for Civil Rights Under Law, said Hughes' amendment could open the door to lawsuits in state court over so-called “disparate impact,” in which government policies have unintentionally harmed racial groups. Disparate impact lawsuits are restricted in federal courts to limited circumstances, such as voting rights, employment discrimination and violations of the Fair Housing Act.

The ACLU of Pennsylvania said the amendment could have lasting impact on a wide range of policies, if it allows state courts to rule against government entities for inaction that has denied equality of rights. One example could be addressing disparities in education funding and programs.

“In short, the proposed amendment may serve as a vehicle to attack systemic racism across Pennsylvania's state and local governments in a way that currently goes unaddressed,” the ACLU said in a two-page analysis of the amendment. The group supports the measure.

Race-conscious programs designed to improve equality would not be at risk, the organization said, because the amendment's wording is much different than in other states where legislation has been passed with the intention of using it to challenge affirmative action.

Because its ultimate effect is unknown, the ballot question has raised suspicion among some rural Pennsylvanians, said Rep. Jesse Topper, a Republican from Bedford County, east of Pittsburgh.

“There are some who are generally skeptical, because the word ‘equality’ has somewhat been co-opted over the years by left-leaning groups to mean whatever they want it to mean,” Topper said.

He said he has had to assure constituents that there is nothing nefarious behind the proposal.

One reason for the uncertainty is that the Legislature did not hold hearings on the three amendments that will appear on Tuesday's ballot, said Rep. Tim Briggs of Montgomery County, the ranking Democrat on the Judiciary Committee. If they pass and turn out to have unintended consequences, another statewide vote would be needed.

“A constitutional amendment is a tough way to legislate, because when you don't put a lot of thought into what the consequences are, it's hard to correct,” Briggs said.

Turnout is expected to be low Tuesday, although there are contested Democratic mayoral and district attorney primaries that could drive voter turnout in Pittsburgh and Philadelphia. Pennsylvania voters have passed 19 straight constitutional amendments, dating back to 1993.

Bullock, the Black caucus chairwoman, said it will be an ominous sign if the racial equity amendment fails at the same time voters approve the two GOP proposals to reduce the governor's emergency powers.

“It will be a hit to morale,” Bullock said. “It will say to me, personally, that we have a lot more work to do in this state to address racism and bias, and that it's deeper than we thought.”