After two days of silence, Republican U.S. Rep. Scott Perry of Pennsylvania confirmed a New York Times report, saying Monday that he had introduced then-President Donald Trump to a top Justice Department lawyer who, according to the newspaper, discussed a plan to overturn the results of the 2020 election.

Perry, who has disputed the validity of President Joe Biden's victory in Pennsylvania, did not say he necessarily made the introduction with the explicit goal of ousting the acting attorney general or overturning Biden's victory or that he was privy to any such plans.

But Perry did say he obliged Trump's request for an introduction to the former assistant attorney general, Jeffrey Clark, who Perry knew from unrelated legislative matters, and the three men went on to discuss their shared concerns about the election.

“My conversations with the president or the assistant attorney general, as they have been with all whom I¹ve engaged following the election, were a reiteration of the many concerns about the integrity of our elections, and that those allegations should at least be investigated to ease the minds of the voters that they had, indeed, participated in a free and fair election," Perry said in a statement released by his office Monday.

Perry's spokesman said he could not answer questions about the matter beyond the statement. 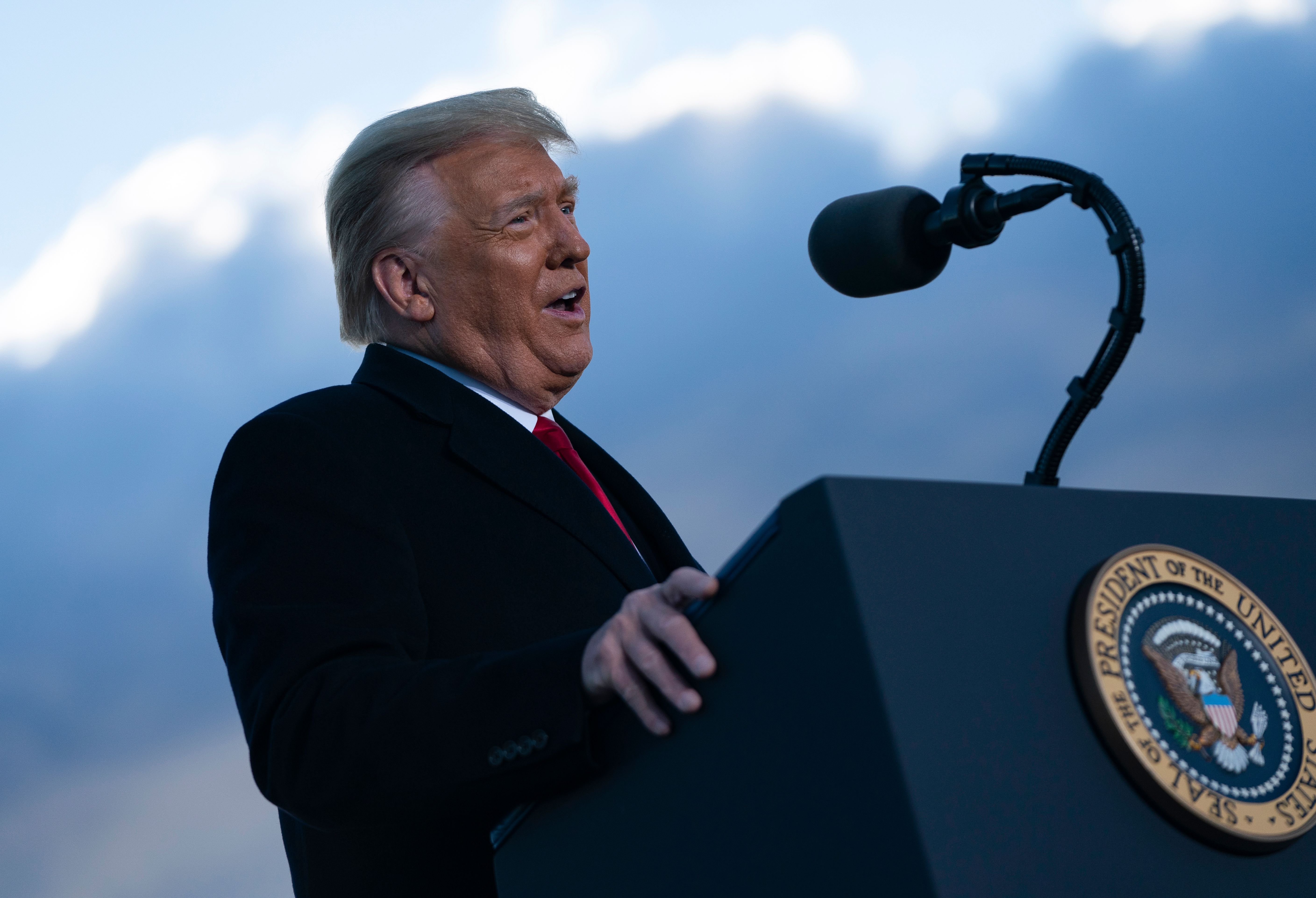 The New York Times reported Friday that Clark had been discussing a plan with Trump to oust the acting attorney general, Jeffrey Rosen, and try to challenge the results of the presidential election by claiming there had been widespread election fraud.

Clark said that the newspaper's account contained inaccuracies — without specifying — and said his "official communications were consistent with law.” Clark also denied that he had schemed to oust Rosen. Trump hasn't commented.

On the heels of the report, the Justice Department’s inspector general, Michael Horowitz, said Monday that he is launching an investigation to examine whether any former or current department officials “engaged in an improper attempt” to overturn the results of the presidential election.

Election officials across the country, along with Trump’s former attorney general, William Barr, have said there was no widespread fraud in the election. Nearly all the legal challenges from Trump and his allies have been dismissed by judges, including two tossed by the U.S. Supreme Court.

Perry, along with more than half of the Republicans in Pennsylvania’s Legislature and seven other Republican members of Congress from Pennsylvania, has tried in court and in Congress to block the state’s electoral votes from going to Biden.

They have amplified unfounded tales of election fraud and irregularities. They described ballots cast by legal, eligible voters as “illegal ballots," and distorted the actions of state election officials and judges as illegal or unconstitutional.

Even after the violent insurrection at the U.S. Capitol, Perry and the seven other Republican congressmen from Pennsylvania not only voted against accepting state’s electoral votes for Biden, but also against Trump’s second impeachment.

After Congress voted to accept Pennsylvania's electoral votes for Biden, Perry issued a statement saying that he accepted the results, but still maintained that the election was tainted by “constitutional abuses.”

Gov. Tom Wolf, a Democrat, said Perry’s “attempt to compromise our justice system is a disgrace.”

“For months, he’s spread lies and placed his political ambitions above the will of voters and the democracy he swore to protect,” Wolf said.