A five-person panel approved new preliminary Pennsylvania state House and Senate maps over objections from the state House's Republican leader. A vote on the final maps is likely a month or more away. These differ from the congressional redistricting.

The maps also reflect general population changes over the past decade, which have favored Democratic-leaning areas in the southeast, cities and suburbs, as more conservative areas in northern and western Pennsylvania lost population or grew more slowly.

The panel voted 5-0 for the Senate plan and 3-2 for the House plan, with both Republicans opposed to it.

The maps of 203 House seats and 50 Senate seats could have a dramatic effect on entrenched Republican majorities in the state Legislature. Republicans have effectively drawn district maps the last two decades in the politically divided presidential battleground state.

Passage of the first draft of the new district maps is a pivotal moment in the once-in-a-decade redistricting process, required by the state constitution to account for population shifts in the 2020 Census. Decisions on the drafts will reverberate politically for years to come.

The vote on maps will trigger a period of public comment and objections. The commission will then produce a final map, after which legal challenges can be made before the state Supreme Court.

At the commission meeting, the chairman, Mark Nordenberg, the former University of Pittsburgh chancellor who was chosen as chairman by the Democratic-majority state Supreme Court, said both of the new maps still lean Republican.

He attributed that to registered Democrats living in such a tight cluster in southeast Pennsylvania, and a Republican political advantage embedded in maps over time. But, he said, it is politically impossible to start with a new map when the commission's other four members are party caucus leaders in each chamber.

Nordenberg said the maps create eight districts — seven in the House, one in the Senate — without any incumbent living in them that have heavily racial minority populations. That should create the opportunity for a racial minority to get elected, he said.

“There is no incumbent advantage that will have to be overcome in any of these districts, which would give minority communities residing in them a special opportunity,” he said.

Meanwhile, new districts are being created in Philadelphia, Montgomery County and the city of Lancaster, all growing areas that favor Democrats.

House Minority Leader Joanna McClinton, D-Philadelphia, said the maps reflect that the number of Black, Hispanic, Asian and multiracial people in the state grew by more than 800,000 in the past decade, while the white population dropped by about 540,000.

“This preliminary House map is representative of the commonwealth as it is today and allows for equal participation in the electoral process," McClinton said, saying that it “substantially corrects” decades of gerrymandering.

House Republicans said the preliminary map would pit incumbent Republicans against each other in at least six districts, while a similar intraparty matchup would occur in just one Democratic district.

Meanwhile, four districts that would pit incumbent Democrats and Republicans against each other had substantially more registered Democratic voters, the House GOP said.

Nordenberg said he and his staff had no bias against incumbent lawmakers. Population changes will inevitably affect incumbents, "though that was not our goal,” Nordenberg said.

House Republicans concluded that the map would produce 104 to 107 Democratic-leaning districts. The House majority requires 102 seats.

Republicans currently hold a 113-90 House majority and a 29-21 Senate majority.

The preliminary Senate map aims at what Democrats saw as the most extreme gerrymanders created by Republicans in the existing map that helped defeat Democratic incumbents in Johnstown and Harrisburg. 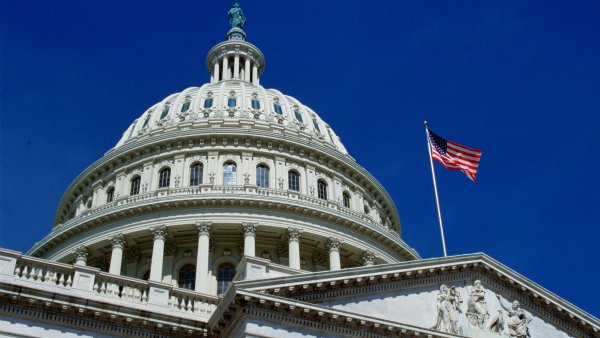 Meanwhile, the map would put growing Monroe County into its own district, instead of being split in what Democrats saw as a Republican attempt to carve out a favorable new district on the existing map.

Senate Majority Leader Kim Ward, R-Westmoreland, backed the preliminary Senate map, but said she expected corrections before it becomes final. She voted for it to keep the process moving with deadlines approaching for the 2022 primary election, she said.

The existing Republican-drawn maps have been in force since 2014’s elections.

During that time, Republicans have held majorities in both chambers — including some of the biggest majorities in a half-century — while Democrats won more statewide races, 19 to 11.

Democrats have long held a statewide registration edge over Republicans, with currently 4 million to 3.4 million out of 8.7 million total registered voters.