Major Cases Could Come Before Judges on Pa. Ballots This Election Day

Pennsylvania voters are set to fill four open seats on statewide courts with candidates who could eventually help settle major cases on issues from abortion to elections.

The marquee contest in Tuesday's election is for an open seat on Pennsylvania's highest court. The state Supreme Court race is between Maria McLaughlin, a Democrat, and Kevin Brobson, a Republican.

Superior Court has a single opening being decided by Tuesday's election, while Commonwealth Court has two openings. 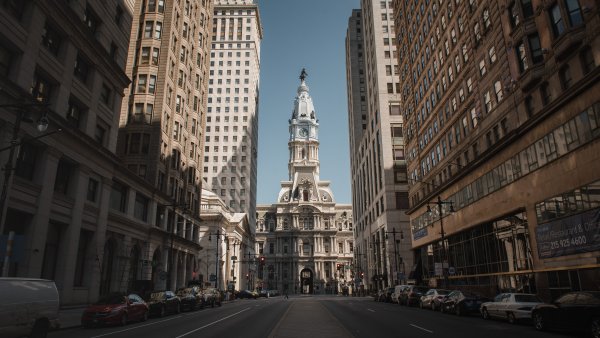 Here is a look at major cases currently in the courts:

The operators of 15 abortion clinics sued Pennsylvania in 2019, asking the courts to reverse a decades-old decision upholding limits on the use of state Medicaid dollars to cover abortions.

The lawsuit seeks an order requiring the state’s Medicaid program to begin covering abortions, without restriction, and contends that Pennsylvania’s 1982 law violates the constitutional equal protection rights of low-income women.

Earlier this year, Commonwealth Court sided with the state. It ruled that the abortion clinic operators do not have standing to assert the constitutional rights of low-income women seeking an abortion and that it is bound by the high court’s 1985 decision in question.

An appeal is pending in the state Supreme Court.

School districts and public school advocates sued in 2014, arguing that an irrational system of distributing state subsidies is creating academic inequities and depriving many students of the “thorough and efficient” public education system guaranteed in Pennsylvania's constitution.

After many delays, trial in Commonwealth Court is expected to start Nov. 12.

The case has already been to the state Supreme Court once, when justices in 2017 overturned a Commonwealth Court decision that the matter involves “nonjusticiable political questions” and ordered it to hear the case.

Fourteen Republican lawmakers and a Republican county commissioner from Bradford County have each sued to invalidate Pennsylvania’s 2-year-oldmail-in voting law.

The legal challenges are pending in Commonwealth Court, the latest attempts by Republicans to throw out the 2019 law that Republican lawmakers almost unanimously supported.

The law allowed no-excuse voting by mail for any voter. The central claim of the lawsuits is that the constitution strictly limits mail-in voting only to people in certain categories. Those reasons include being out of town on business, illness, physical disability, election day duties or a religious observance.

Just over 2.5 million people voted under the law in 2020′s presidential election, out of 6.9 million total cast.

Lawsuits from Democrats, including state Attorney General Josh Shapiro, are challenging the authority of Republican lawmakers to issue subpoenas as part of what they call a “forensic investigation” of last year’s presidential election.

The lawsuits are pending in Commonwealth Court.

The subpoena is an outgrowth of former President Donald Trump’s baseless claims that the 2020 election was rigged against him in Pennsylvania and other battleground states.

The every-decade processes of redrawing the boundaries of Pennsylvania's legislative and congressional districts are underway, and those outcomes are routinely challenged in court.

In the past decade, the state Supreme Court ordered revisions to both maps — the legislative boundaries in 2012 and the congressional boundaries in 2018 — and many lawmakers expect that there will again be challenges in the coming months.

A pair of lawsuits are challenging whether the Wolf administration had the authority to impose a mask mandate on K-12 schools and child care facilities to help prevent the spread of the coronavirus.

The lawsuits are pending in the Commonwealth Court.

The plaintiffs — including parents and Republican state lawmakers — contend that Wolf's acting health secretary exceeded her authority under the Disease Control and Prevention Law of 1955 and the department’s own regulations, neither of which specifies masking as a public health tool.

A sparsely populated county in southern Pennsylvania is suing over July's decertification of its voting machines by Gov. Tom Wolf’s top elections official.

The lawsuitis pending in Commonwealth Court.

Acting Secretary of State Veronica Degraffenreid ordered Fulton County’s machines decertified after it had disclosed that it had agreed to requests by local Republican lawmakers for an “audit” last winter.

Fulton County said it had complied with the guidance in force at the time for the inspection of voting machines by third-party vendors.