Pa. Lawmaker Wants to Halt PennDOT's Plan to Toll 9 Bridges, Including 1 in Philly

The chair of Pennsylvania's Senate Transportation Committee on Wednesday said he wants to halt plans to toll nine major bridges on interstates and, at the very least, require those plans to undergo more scrutiny and a vote by lawmakers.

Eight of the nine bridges are in the districts of Republican senators — including independent Sen. John Yudichak who caucuses with Republicans — and Langerholc said he has support from the Senate's Republican majority leaders to move against the bridge-tolling proposal.

Legislation newly introduced by Langerholc would not necessarily kill PennDOT’s proposal. But Langerholc wants to subject it to approval by lawmakers and questioned whether the process used to approve the department's plans were really envisioned by a 2012 law that created it. 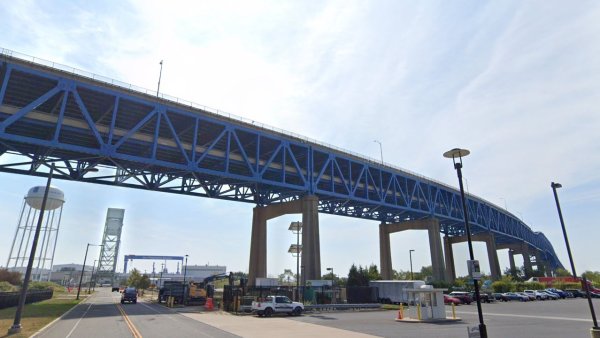 Transportation Secretary Yassmin Gramian has told lawmakers that the aging bridges are in need of major reconstruction and the department needs billions more to keep up with its public safety obligations.

Tolls would be between $1 and $2, probably both ways, raise about $2.2 billion and last from the start of construction in 2023 for three or four years until construction is finished, Gramian told lawmakers last month.

Langerholc's bill would require legislative authorization of any proposed transportation project with a user fee, even it is approved by the Public-Private Transportation Partnership Board that lawmakers created in 2012.

The bill also aims to require PennDOT to provide more details to the board, lawmakers and the public about a proposed project before the board can approve it.

Wolf's administration opposes Langerholc's bill and, in a statement, PennDOT said it adds unnecessary and duplicative bureaucracy and “politicizes a process designed to foster innovation and efficient public-private collaboration.”

The board is composed of appointees of the governor and top lawmakers. In November, it authorized PennDOT to install electronic tolling gantries on bridges to finance their reconstruction, the first time it had approved toll projects.

The department named nine bridges last month, sparking protests from some lawmakers who said the tolls would be an unfair and unaffordable price for motorists and commercial haulers to pay.

“I think we need a much more comprehensive discussion around transportation funding,” Sen. Bob Mensch, R-Montgomery, said. “PennDOT has got to stop scaring and surprising people. Yeah, I know we have a crisis, but it's got to be something that's more equitable for the state.”

PennDOT’s plans have received an important note of support from House Appropriations Committee Chairman Stan Saylor, R-York, who told a hearing last month that PennDOT’s plans are “reasonable” and something that will undergo public hearings and comment.

PennDOT is currently taking public comments online for all the projects.

Lawmakers had an opportunity under the existing law to block PennDOT's plan, but did not during the time allotted.

However, Langerholc questioned whether PennDOT’s plans met the requirements of the law to trigger the start of that period.

Rep. Mike Carroll, D-Luzerne, the ranking Democrat on the House Transportation Committee, said lawmakers knew about the deadline to object and let it pass.

When lawmakers created the Public-Private Transportation Partnership Board in 2012, Carroll voted against it and warned colleagues during floor debate that it “hands off the direct authority to toll interstates, to toll bridges and to toll other transportation network features to an unelected commission.”

PennDOT’s plans were precisely what was envisioned by the 2012 law, and PennDOT followed the law to get them approved to raise the $2 billion that it needs, Carroll said.

“If somebody has a better proposal, let’s see it,” Carroll said.