Incumbent District Attorney Larry Krasner, seeking a second term, is still pushing his criminal justice reforms in the midst of a gun violence crisis and historically high homicides. The challenger, Carlos Vega, is running on his 35 years as a former assistant DA.

Larry Krasner, now more than three years into the job as Philadelphia's top prosecutor, didn't have an easy path to victory in his first Democratic primary four years ago.

As a former defense attorney running alongside four well-respected local and federal prosecutors, a former municipal judge and a former city managing director, Krasner's reform-minded progressive approach to criminal justice stood out in comparison to most of the platforms of the other six Democratic candidates.

It certainly helped that billionaire George Soros, who has spent millions on local DA's races across the country hoping to reform criminal justice, pumped nearly $1.5 million into political advertising that supported Krasner's message of change.

Krasner has not disappointed his progressive supporters. He led an overhaul of Philadelphia's cash bail system, supported decriminalization of certain minor crimes, and has vigorously pushed for better policing.

His detractors, the city's police union among the strongest, say his style is less prosecutorial-minded than a DA should be. The former U.S. attorney for Philadelphia, a Republican appointed by former President Donald Trump, often derided Krasner's approach and said the city's criminal element referred to Krasner as "Uncle Larry" for his supposed leniency.

Now, he faces his first re-election bid and his lone opponent in the Democratic primary May 18 is a former assistant district attorney, Carlos Vega, who was fired by Krasner back in 2018 at the onset of the new DA's tenure.

Vega was among numerous veteran prosecutors in the DA's office who were let go as Krasner changed the culture of the office.

"Carlos Vega’s way of doing things is simply to turn back the clock to a time when convictions were pursued regardless of truth, where the (District Attorney's Office) did not worry about mistakes, and where it never dared question police or hold law enforcement accountable," Krasner's campaign manager Brandon Evans said Tuesday. "His approach does not work for the good of this city and it would be devastating to stop the progress that we have made and return to the ways of the past."

Vega said the biggest failure of Krasner's tenure has been the incumbent's inability to keep Philadelphians safe.

EDITOR'S NOTE: Krasner and Vega are taking part in a televised debate May 5 that will be moderated by NBC10 and KYW Newsradio reporters. It will be broadcast live at 7 p.m. and also air live on NBC10.com and the NBC10 app as well as NBC10's Roku TV and Apple TV apps. It can be heard live on KYW Newsradio at 103.9 FM and 1060 AM.

The city is in the midst of a gun violence crisis unparalleled in recent decades. Last year, amid the COVID-19 pandemic, 499 people were killed in Philadelphia, the second highest total of the last 60 years. In 2021, homicides are on pace to reach the highest total ever. Shootings are also very high, according to police department data.

The winner of the May primary will be the presumptive winner of the November general election, considering Democrats outnumber Republicans by a roughly 7-to-1 margin among the Philadelphia electorate. 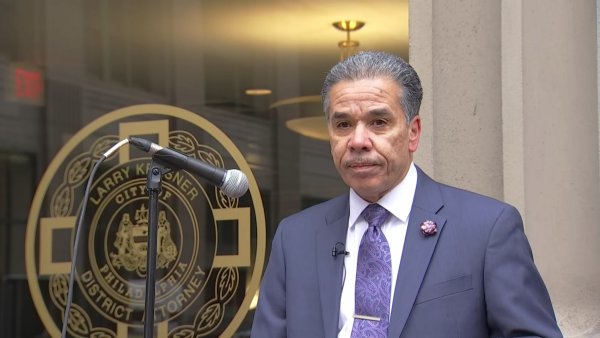 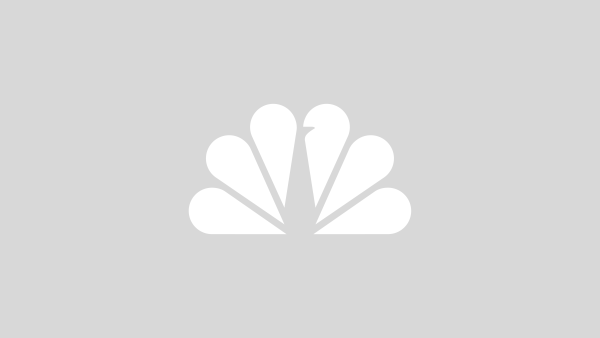 The only declared Republican for the DA's race is a defense attorney, Charles Peruto Jr., who has made a fortune as one of Philadelphia's top defense attorneys representing high-profile criminal suspects for decades.

Following a fiery announcement that he's running in February, Peruto has not been heard from and has only $11,000 in his campaign funds, according to his campaign finance report filed earlier in April.

Krasner and Vega had nearly identical amounts of campaign cash, according to their finance reports. Each had roughly $350,000, though Krasner had already spent about $250,000 in the previous few months while Vega had spent about $100,000.

It remains unclear if Krasner will receive another round of support from Soros or another outside change agent with a progressive platform. Four years ago, Soros's advertising barrage came late in the election race, and changed the game for Krasner.

Krasner eventually won by 18% over his next closest competitor in the seven-candidate race.

"In 2017, Larry made promises to upend a broken system, and unlike most politicians, he has kept those promises. He has reduced unnecessary incarceration, implemented diversion programs that actually address the needs of the community, pushed for investments and programs that will serve the needs of Philadelphia, and held people who are causing harm accountable," Krasner's campaign manager, Evans, said. "He has actions he can point to and be proud of, not just empty words."

It's those very actions that have Vega and his supporters, including more than 150 former Philadelphia prosecutors in a letter they signed this week, calling for Krasner's ouster.

"We can’t afford another four years of Krasner’s failures. We are on track to lose nearly 600+ Philadelphians this year, and Larry Krasner has yet to take responsibility for this crisis or provide meaningful solutions that will save lives," Vega said. "I grew up in a working class Hispanic neighborhood where my family and I were victims of both systemic injustice and violent crime. I became a prosecutor to be a voice for people like my family and friends who were victims of both systemic injustice and violent crime. My experience as a prosecutor taught me what works and what’s broken in the criminal justice system. I will bring a more common sense, responsible approach to reform that doesn’t come at the expense of our safety."