In a statement, Mayor Jim Kenney called Trump’s comments “wrong on many levels.”

Both Mayor Jim Kenney and District Attorney Larry Krasner criticized President Donald Trump after the president said he may send federal law enforcement to Philadelphia and other cities run by Democratic leaders in order to deal with continued unrest and protests over police brutality.

Trump made the comments Monday while addressing the presence of federal law enforcement agencies in Portland, Oregon, which has seen nearly two months of nightly protests since the killing of George Floyd in Minneapolis. In some cases, activists said they were grabbed off the street by unidentified federal agents.

“I’m going to do something, that I can tell you,” Trump said. “Because we’re not going to let New York and Chicago and Philadelphia, Detroit and Baltimore and all of these – Oakland is in a mess, we are not going to let this happen in the country, all run by liberal Democrats.”

In a statement, Mayor Jim Kenney called Trump’s comments “wrong on many levels.”

“To send federal agents to police U.S. cities that have not requested such aid can only impede the work of local governments and exacerbate already heightened tensions in these cities,” Kenney wrote. “And to target cities that are led by Democratic mayors is clearly a politicization of federal resources that should outrage all taxpayers.”

“That the White House seeks to impose federal involvement in this way, after months of abrogating its responsibility to lead a federal response to COVID-19, is both ironic and offensive. While the City of Philadelphia has not received any formal notification that federal agents will be sent here, we would use all available means to resist such a wrong-headed effort and abuse of power.”

“My dad volunteered and served in World War II to fight fascism, like most of my uncles, so we would not have an American president brutalizing and kidnapping Americans for exercising their constitutional rights and trying to make America a better place, which is what patriots do,” Krasner wrote.

“Anyone, including federal law enforcement, who unlawfully assaults and kidnaps people will face criminal charges from my office. At trial, they will face a Philadelphia jury. It’s the least we can do to honor those who fought fascism, including those who are fighting it even now.” 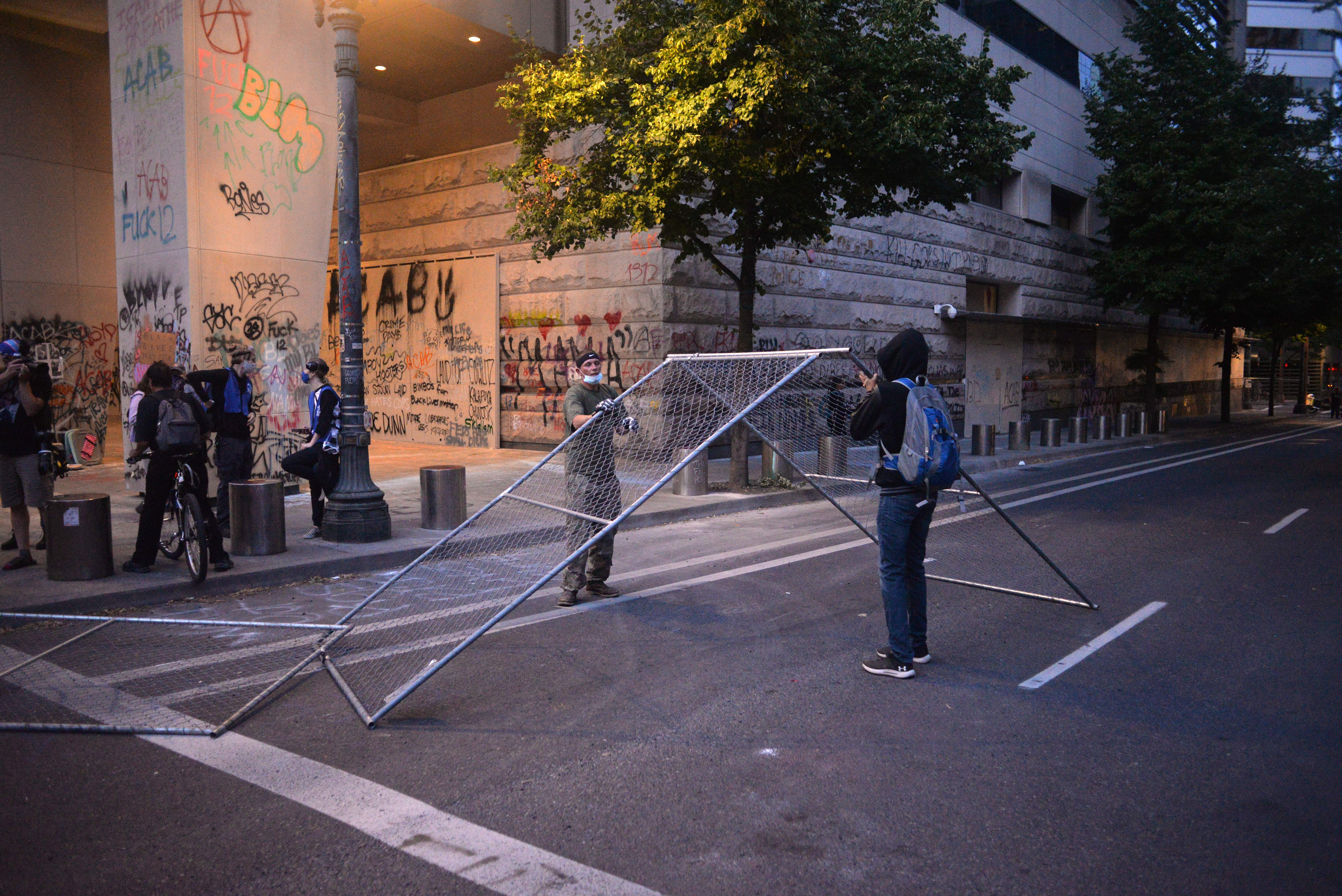 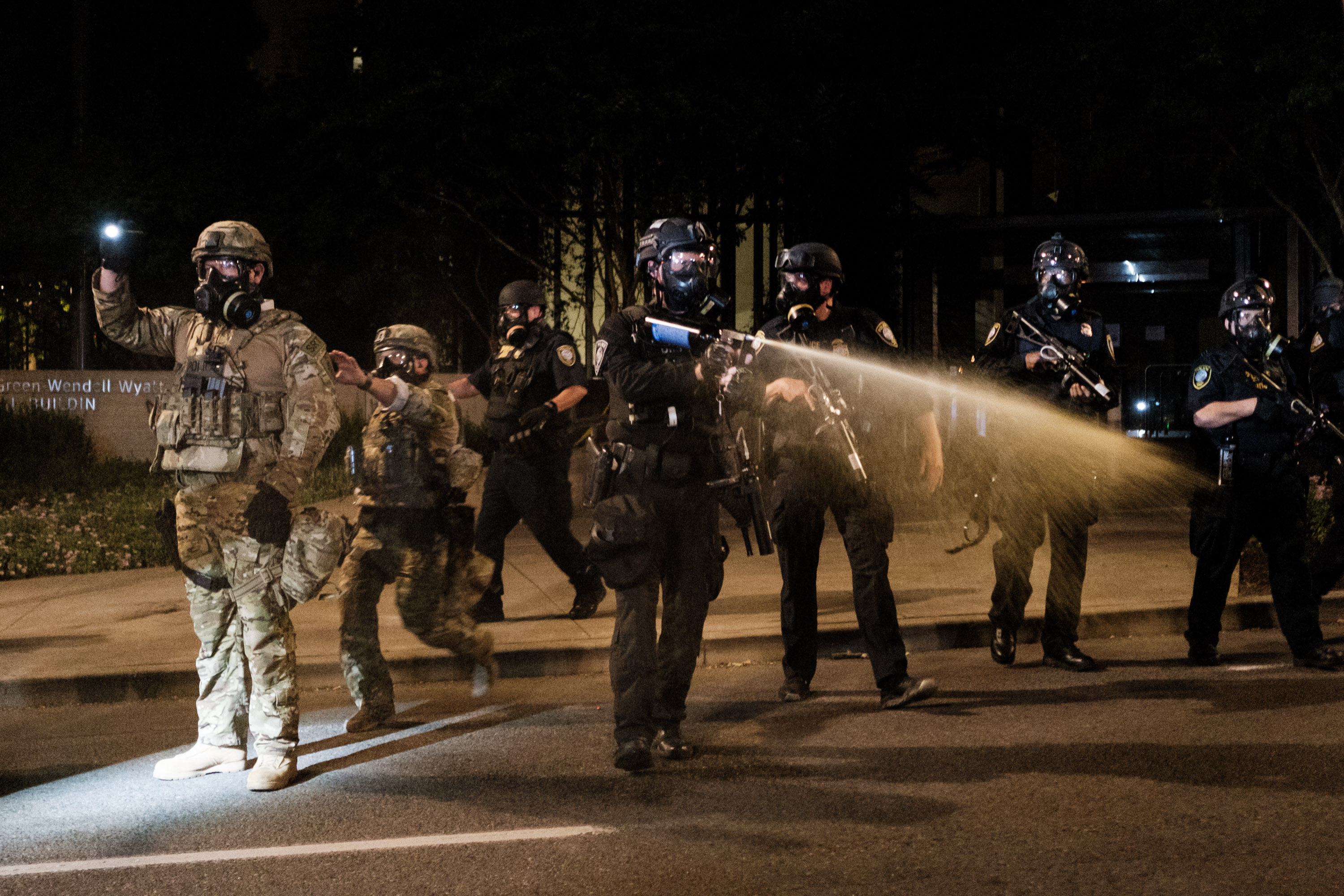 Trump’s comments come as Oregon's attorney general continues to seek an order to stop federal agents from arresting people in Portland, which has seen seven weeks of nightly protests.

Demonstrations against systemic racism and police brutality have happened every day in Oregon's largest city since Minneapolis police killed George Floyd on May 25. Trump has decried the disorder, and Homeland Security Secretary Chad Wolf blasted the protesters as “lawless anarchists” in a visit to the city.

Before the actions from federal officials, the unrest had frustrated Mayor Ted Wheeler and other local authorities, who had said a small cadre of violent activists were drowning out the message of peaceful protesters in the city. But Wheeler said the federal presence in the city is now exacerbating a tense situation and he has told them to depart.

“Keep your troops in your own buildings, or have them leave our city," Wheeler said Friday.

Oregon Attorney General Ellen Rosenblum late Friday sued Homeland Security and the Marshals Service in federal court. The complaint says that unidentified federal agents have grabbed people off Portland’s streets “without warning or explanation, without a warrant, and without providing any way to determine who is directing this action.”

“We are trying to help Portland, not hurt it,” Trump tweeted Sunday. “Their leadership has, for months, lost control of the anarchists and agitators. They are missing in action. We must protect Federal property, AND OUR PEOPLE. These were not merely protesters, these are the real deal!”

Democratic lawmakers said they were “alarmed” by the Trump administration’s tactics against protesters. They are now seeking an investigation “into the use of federal law enforcement agencies by the Attorney General and the Acting Secretary of Homeland Security to suppress First Amendment protected activities in Washington, D.C., Portland, and other communities across the United States.”