The Bolero Resort in Wildwood, like most hotels and motels in Jersey Shore towns in January, is quiet these days.

Much of Atlantic Avenue, a bustling oceanside boulevard that runs through the popular Wildwoods communities in summer, is a ghost town.

"We'd probably have about two rooms rented on a Tuesday in January," Michael Lerro, of the Bolero, said. 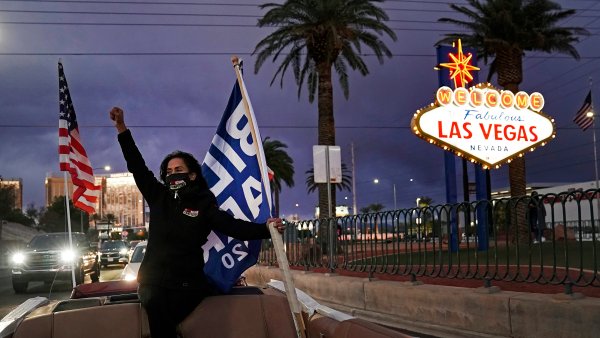 But that'll change later this month when President Donald Trump comes to town for a campaign rally Jan. 28. His stump at an event inside the Wildwoods Convention Center is already selling out nearby hotels. Local businesses, like restaurants and bars normally closed for the season, are re-opening the day before Trump's arrival.

They'll close up shop again the day after Trump leaves.

"I've never seen a place sell out that fast for any other event," Lerro said of his hotel, which filled up every room within 12 hours of Trump announcing his Jan. 28 event.

The convention center along the beach in Wildwood can hold up to 7,000 people, but the businesses are also counting on thousands more coming to town even if they don't get in for Trump's appearance.

Some locals say they have heard as many as 30,000 tickets have been made available. Those allowed inside the center will be on a first-time basis.

In addition to supporters, Trump is also expected to attract protesters.

At Alfe's restaurant, Samantha Ahlzadeh said her eatery is taking advantage of Trump's trip, staying opening the night before and the night of the speech until 2 a.m.

"It's only a once in a lifetime opportunity where the president comes," Ahlzadeh said.