The lawyer for a Republican candidate for Pennsylvania governor said Monday his client apparently did not hit the motorcyclist who was killed on the Pennsylvania Turnpike last week, but rather hit the downed motorcycle in the road.

An attendee at the political fundraiser Gerow had been attending in suburban Philadelphia last Wednesday evening said she never saw him drinking and that he seemed sober when he left.

Gerow apparently drove for several miles with the motorcycle stuck on the front of his car before pulling over, according to a construction worker who saw the car speed by.

State police have said little about what they have found in their investigation into the crash, which shut down the turnpike overnight and left motorcyclist Logan Carl Abbott dead.

They have not identified Gerow as the driver of the Mercedes 300 involved in the crash, described how it happened or disclosed whether another vehicle was involved.

Gerow, 66, has said through a spokesperson that he is cooperating with police and that he did not cause the crash.

Candidate for Governor Investigated in Fatal Accident; Says He Didn't Cause It 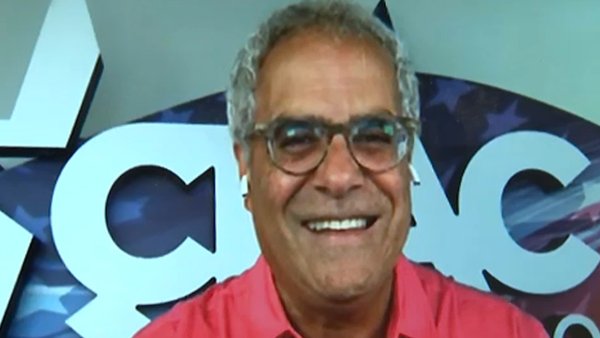 In the statement Monday, Green said “preliminary information” suggests the motorcyclist had been involved in a collision with another vehicle first and that Gerow hit a disabled motorcycle lying in the road.

The wreck closed the turnpike for seven hours in the westbound lanes in Chester County, just west of the King of Prussia interchange, police have said.

Montgomery County’s Republican Party chair, Liz Preate Havey, said Monday that Gerow seemed “stone sober” at about 9 p.m., when she saw him leaving a county party fundraiser at a private residence in Ambler.

Havey said no one she talked to who attended the event recalls seeing Gerow drink anything that evening. Gerow's spokesperson, Kevin Harley, said Gerow does not drink alcohol.

A highway construction worker told Spotlight PA/The Philadelphia Inquirer that he was working on the turnpike’s eastbound lanes Wednesday night when he saw a Mercedes pass by with a motorcycle wedged into its grill.

The worker, Nicholas Forgette, who works for a traffic control company, said sparks were flying from the car and that it was making a loud noise and traveling at a high rate of speed.

As construction workers moved down the highway, Forgette said, the Mercedes was pulled over by a police cruiser several miles down the road.

Abbott, 30, of Wysox, had just finished 14 straight days of 12 hour shifts at his job in the oil and gas industry “and was looking forward to his 14 days off and camping with his family,” it said.

Gerow "was heartbroken to learn that the driver of a motorcycle was fatally injured and is praying for him and his family,” Green's statement said.