The latest news on the 2020 presidential election
USPS

We Mailed 155 Letters From a Dozen States. There Were Some Delays

NBC tested the USPS' delivery times ahead of the election, when there's expected to be a surge of mail-in votes

The U.S. Postal Service is slowing down, based on an informal test by the NBC Owned Television Stations, NBCLX and Telemundo.

Reporters in a dozen cities mailed 155 letters on a single Friday in mid-August to measure the Postal Service’s on-time performance. Though half the letters reached their destinations within two business days, two weeks later a couple have yet to arrive.

The slowdown in mail service has big implications for the November presidential election when a record number of voters are expected to cast mail ballots.

The unscientific test underscores complaints about the Postal Service’s performance, complaints that were highlighted in recent congressional hearings.

We mailed 155 letters from a dozen cities nationwide on Aug. 14, sending about a third within the same region, another third in the same state and the remaining third to a different state.

However, two of the 155 letters in our test, 1.3 percent, failed to arrive after a 12 business days.

The NBC stations plan to repeat the mail test in September and again in October.

Complaints about missing or delayed mail have become increasingly common since new Postmaster General Louis DeJoy took office in mid-June with a mandate to cut costs.

Postal Service documents released by the House Oversight Committee bear out the complaints of delayed mail. A PowerPoint presentation made for internal Postal Service use shows that the on-time performance record for presorted first-class mail – which for months had routinely approached 95 percent -- plunged in early July to about 85 percent.

In the Postal Service’s Eastern district, which encompasses most of Pennsylvania, New Jersey, Ohio, Kentucky and Tennessee, another internal document released by Congress showed that on-time performance dropped in just three weeks from the low 90s down to 79 percent.

During testimony to the House Oversight Committee, DeJoy said there was a “temporary service decline, which should not have happened, (but) we are fixing this.”

He insisted that the Postal Service can reliably deliver mail ballots for the November election, calling it a “sacred duty” and “my number one priority.”

The coronavirus pandemic is expected to prompt a record surge in mail ballots this November. The New York Times has estimated that as many as 80 million mail ballots will be cast – more than twice as many as in 2016.

While all states allow voters to cast ballots by mail under some circumstances, this year a record nine states plan to conduct their elections mostly or exclusively by mail. 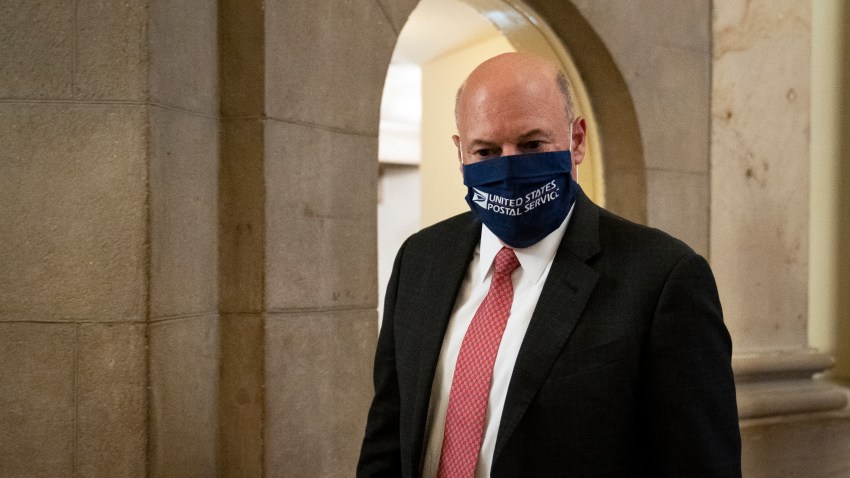 Postmaster Says Election Mail Will Go Through Despite Cuts 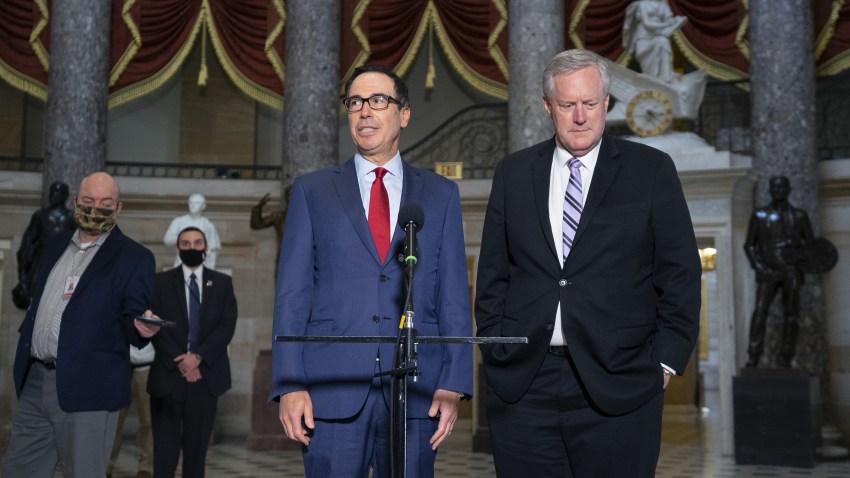 Oregon, Washington, Utah and Colorado have run their elections by mail for years. Because of the pandemic, California, Nevada, New Jersey, Vermont and the District of Columbia are, at least temporarily, joining the list.

Other states are loosening restrictions on voting by mail because of the pandemic.

President Trump has claimed without evidence that mail voting will be “substantially fraudulent.”

Millions of voters will be casting ballots by mail for the first time. One potential obstacle: unforgiving deadlines.

In 28 states mail ballots are due on Election Day, Nov. 3, according to the political data site, fivethirtyeight.com. In a 29th state, Louisiana, they are due the day before. The remaining 21 states and the District of Columbia accept ballots with Election Day postmarks, provided they arrive by a date ranging from Nov. 4 (Texas) to Nov. 23 (Washington State).

The NBC mail test offers an implicit warning for people who plan to vote by mail in states with hard deadlines: Vote early or risk losing your vote.

Postal workers blame the delays on their new boss.

“Mail’s backing up,” said Mark Dimondstein, president of the American Postal Workers Union. “There’s some veteran postal workers, 35 years (on the job), who said they’ve never seen anything like this in their 35 years.

“There’s no question that the policies of reducing the hours of work of the workers, if the mail is there to be worked and you’re just arbitrarily reduced hours, then guess what? The mail doesn’t get work,” Dimondstein said.

In his testimony to Congress, DeJoy denied that he personally ordered steps such as halting overtime or removing collection boxes and sorting machines. He said he has suspended “these practices to remove any misperceptions about our commitment to delivering the nation’s election mail.”

He did have some advice for voters, however.

“Get your ballot early," he said, "and please vote early.”