The latest news on the 2020 presidential election
RNC 2020

Kellyanne Conway's exit comes at an inopportune time for Trump, who faces a deficit in the polls

Kellyanne Conway is making her exit.

One of the longest-serving advisers to President Donald Trump spoke of “everyday heroes” on Wednesday night at the Republican National Convention. But it was also something of a farewell address as she steps away, she said, to spend more time with her family.

That's a favorite cloak in Washington for power brokers forced to step down from their jobs. But in Conway's case, a family crisis has been playing out on Twitter, with her marriage to Trump critic George Conway the object of much fascination inside the Beltway.

“This is completely my choice and my voice," Kellyanne Conway said in her announcement on Twitter, adding that for the couple's four children, "it will be less drama and more mama.”

George Conway, who used the platform to attack Trump as mentally unfit for office, said he will step away from The Lincoln Project and take a hiatus from social media.

Take a look back at some of the key takeaways from the third night of the 2020 Republican National Convention.

Trump's victory in 2016 made Kellyanne Conway the first woman to lead a successful presidential campaign, and she is a survivor in a White House with an historic rate of turnover. She was close to both Trump and Vice President Mike Pence and had spearheaded many initiatives, including combating opioid abuse.

"I've always known that I’m a staffer, not a principal,” Conway told reporters Wednesday at the White House.

During her speech broadcast later, she described Trump as empathetic and supportive of women in particular.

But Conway's legacy is shadowed by her habit of issuing dizzying rebuttals and defenses for Trump's most flagrant untruths. She once extolled the virtues of “alternative facts” to support her case.

Conway also has bristled publicly at questions about her marriage, but it was clearly in open conflict. Her husband, George, mused in The Washington Post in 2018 that his wife's problem was not with him, but with her boss, the president. 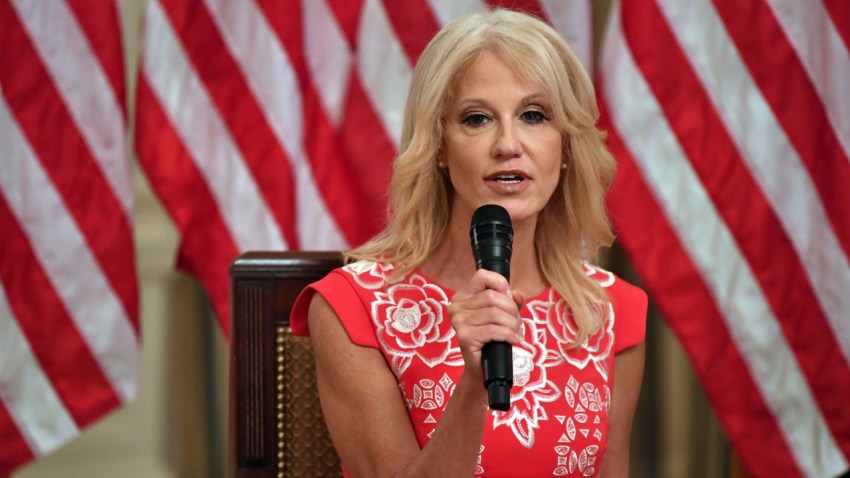 Kellyanne Conway to Leave White House by End of Month 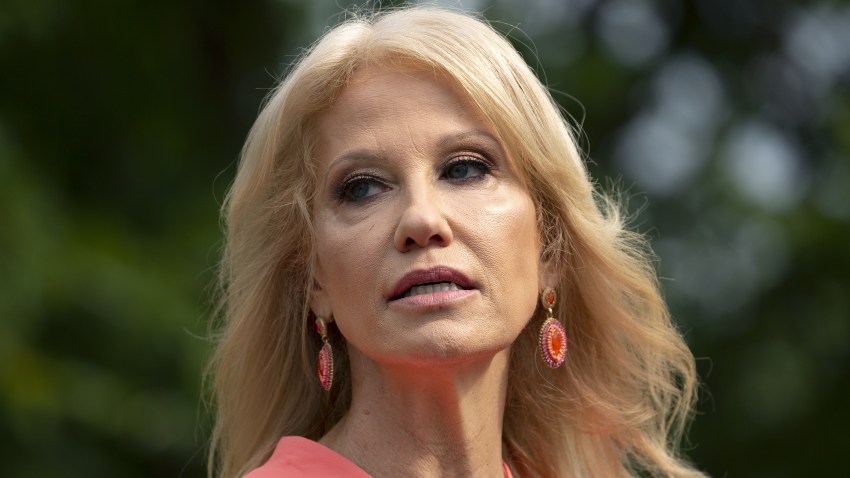 Trump himself has weighed in last year, calling George Conway on Twitter a “stone cold LOSER & husband from hell!”

Kellyanne Conway's exit comes at an inopportune time for Trump, who faces a deficit in the polls. Asked on CBS whether her departure suggests concern that Trump might lose, White House chief of staff Mark Meadows called the question “cynical.”

“Anybody who knows Kellyanne Conway knows that she has never shied away from a fight,” Meadows said Sunday on CBS' “Meet the Press.” “To suggest that is just not based on the facts.”

Conway worked for years as a Republican pollster and operative and originally supported Sen. Ted Cruz in the 2016 Republican primary. She moved over to the Trump campaign and that August became campaign manager as Steve Bannon became campaign chairman; Bannon was indicted last week and accused of fraud.