The latest news on the 2020 presidential election
Pennsylvania

The counting of ballots in Pennsylvania continued into Wednesday

The waning hours of Election Day brought little immediate closure to the campaign season in Pennsylvania but produced a quick succession of legal action as Donald Trump and Joe Biden fought tooth-and-nail for the key battleground state.

Republicans and a voter outside Philadelphia filed a federal lawsuit accusing Montgomery County officials of illegally processing mail-in ballots before Tuesday for the purpose of allowing voters to fix problems with their ballots.

A federal judge in Philadelphia set a hearing for Wednesday morning on the Republican bid to stop the count of 49 ballots that were amended and returned in the suburban county. 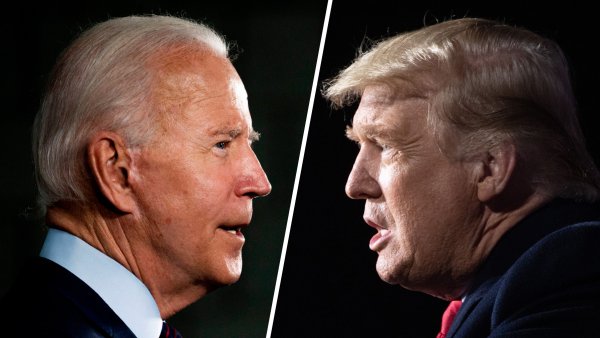 As Ballots Are Counted, No Clear Winner on Election Night

The state’s high court has not prohibited counties from allowing voters to fix their ballots, said Kelly Cofrancisco, a county spokesperson.

And in a lawsuit filed Tuesday night in a statewide appellate court, Republican U.S. Rep. Mike Kelly of Pennsylvania and five other plaintiffs want to block counties from allowing voters whose mail-in ballots were disqualified to be able to cast a vote by provisional ballot.

The lawsuit said the state Supreme Court has already ruled that state law provides no such avenue for a voter to fix a disqualified vote. In Oct. 21 guidance to counties, state elections officials said a voter whose mail-in or absentee ballot was rejected could still vote in person by a provisional ballot.

It was not immediately clear how many voters had cast such a ballot, or which counties were allowing the practice.

Blair, Berks, Carbon, Clinton, Dauphin, Lancaster, Lycoming and Perry counties have refused to accept that guidance “because it is contravention” of state election law, it said.

The state’s top election official, Kathy Boockvar, insisted that the practice singled out by the lawsuit is legal. Regardless, she said there aren’t “overwhelming” numbers of voters who cast a provisional ballot after their mail-in ballot was disqualified, but she did not give an exact figure.

“So I don’t think this is going to be huge issue no matter which way it goes,” Boockvar said.

The lawsuits came as voting wrapped up on a day when Pennsylvania recorded its highest single-day total of new coronavirus infections. Voters thronged to polling places, adding their choices to the millions of mail-in ballots already cast, and both government officials and fair-election monitors said serious problems were few.

The pandemic formed an Election Day backdrop that also included a police shooting and civil unrest in Philadelphia in the run-up to the voting and the potential for a drawn-out legal fight over late-arriving mail-in ballots.

Most polls closed at 8 p.m., although a judge ordered two precincts at a Scranton elementary school to remain open an additional 45 minutes because machines had been briefly out of commission earlier in the day.

Pennsylvania is a key battleground state on Election Day. Former Governor Ed Rendell explains why in an interview with NBC10's Stephanía Jiménez and Brian McCrone.

All of Pennsylvania’s 18 congressional seats — currently occupied by nine Democrats and nine Republicans — are also up for grabs.

Control of the state House is also at stake, with Democrats needing nine seats to seize the majority from Republicans after a decade out of power. Democrats also have a gap to make up in the state Senate.

Officials cautioned winners might not be known for days as counties begin tabulating more than 2.5 million votes cast ahead of time in the biggest test yet of the state’s new mail-in voting law. 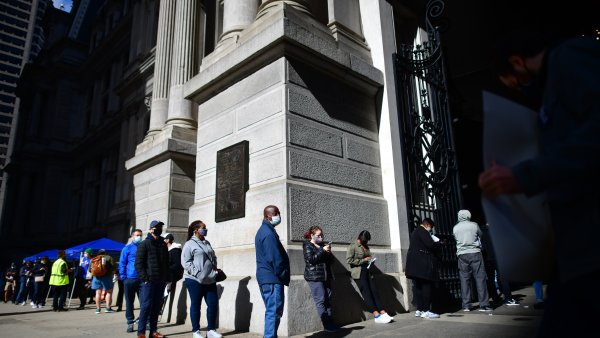 Misinformation, Not Intimidation, is Biggest Issue Reported on Election Day 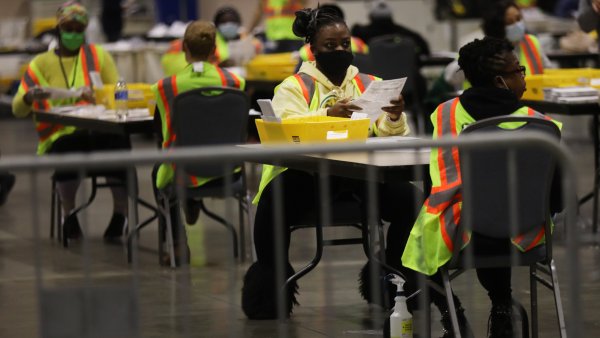 Elections officials said run-of-the-mill glitches popped up, including scattered problems with voting machines and tardy poll workers in the morning.

In Pittsburgh, a polling place couldn’t open on time because the judge of elections’ car was stolen, according to Allegheny County spokesperson Amie Downs. The car contained a suitcase with election paperwork and keys to a ballot scanner but was recovered. At another Pittsburgh polling place, two people were removed for causing a disturbance, Downs said.

And in Philadelphia, a poll worker improperly blocked a Trump campaign poll watcher from entering a voting precinct in the mistaken belief he wasn’t allowed to be there, said Kevin Feeley, spokesperson for the Board of City Commissioners, which oversees elections. The poll watcher was eventually allowed in, he said.

A line of about 150 people stretched a city block at one polling site in Philadelphia, where Shavere McLean, 36, a massage therapist, came bundled against the 39-degree chill. She also brought a chair, an apple, an orange and a cup of coffee.

“I tried to be prepared,” she said. McLean intended to vote for Biden. “I just want a better leader, someone who cares about everyone.”

In Milford, a northeastern Pennsylvania town close to the border with New York and New Jersey, most of the cars passing through the main intersection honked at Gail Just and her Trump-Pence sign. Just, 70, said she supports Trump because he “gets things done.”

“This is the town square, right? Should Trump declare a victory before the election is over, should he win, should he just say, ‘This is over, I’m not going anywhere,’ we want to be in a position to respond to whatever happens together,” said Goldman, 33.

Republican Trump, who narrowly won Pennsylvania in 2016, and Democrat Biden have frequently visited, each seeing the state to winning the White House. Biden visited his childhood home in Scranton on Tuesday before heading to Philadelphia.

Trump relied on his supporters in small-town and rural Pennsylvania, while Biden's hopes hinged on getting huge margins in the Democratic bastions of Pittsburgh and Philadelphia, as well as in the populous Philadelphia suburbs. Polls showed a competitive race.

Trump has tried to sow doubt about the fairness of the election, saying the only way Democrats can win Pennsylvania is to cheat. Without evidence, he said late Monday that a court decision to allow Pennsylvania to count mailed ballots received as many as three days after the election will allow “rampant and unchecked cheating” and will induce street violence.

State election officials have pledged a safe and secure election. Gov. Tom Wolf, a Democrat, promised accurate results, “even if that takes a little longer than normal." Democrats accused Trump of waging a campaign of voter intimidation and suppression.

The county-by-county tabulation is expected to last for several days because of a year-old state law that greatly expanded mail-in voting. The state Supreme Court — citing Postal Service delays, the huge number of people voting by mail because of COVID-19, and the strain on county boards of election — ordered counties to count mail-in ballots received as many as three days after the vote, so long as they were mailed by Election Day.

The U.S. Supreme Court rejected a Republican effort to block the counting of late-arriving mail-in votes, but it could revisit the issue.

The status of mailed ballots arriving after polls closed has the potential to become significant if the nationwide result hinges on the outcome of Pennsylvania’s vote, and if the ballots are potentially decisive. The great majority of mail-in ballots have been cast by Democrats, according to state data.

Rubinkam reported from northeastern Pennsylvania. Contributing to this report were Natalie Pompilio in Philadelphia and Associated Press writers Maryclaire Dale and Claudia Lauer in Philadelphia; Marc Levy in Harrisburg; and David Porter in Milford.