Pennsylvania to Pay for Mail-In Ballot Postage in November Election

Gov. Tom Wolf's top elections official said paying for the postage is a way to make voting more accessible, safer and easier during the pandemic

Pennsylvania will foot the cost of postage for voters to mail in ballots in November's general election, officials said Friday, a move that Gov. Tom Wolf has made a priority as the coronavirus pandemic unexpectedly fueled high interest in voting by mail under a new state law.

The administration plans to use money from federal emergency coronavirus aid to foot the bill, which could run to several million dollars to cover 55 cents for millions of ballots.

Wolf's top elections official, Secretary of State Kathy Boockvar, said paying for the postage is a way to make voting more accessible, safer and easier during the pandemic. Advocates also said it should help people get their ballots in faster and on time. 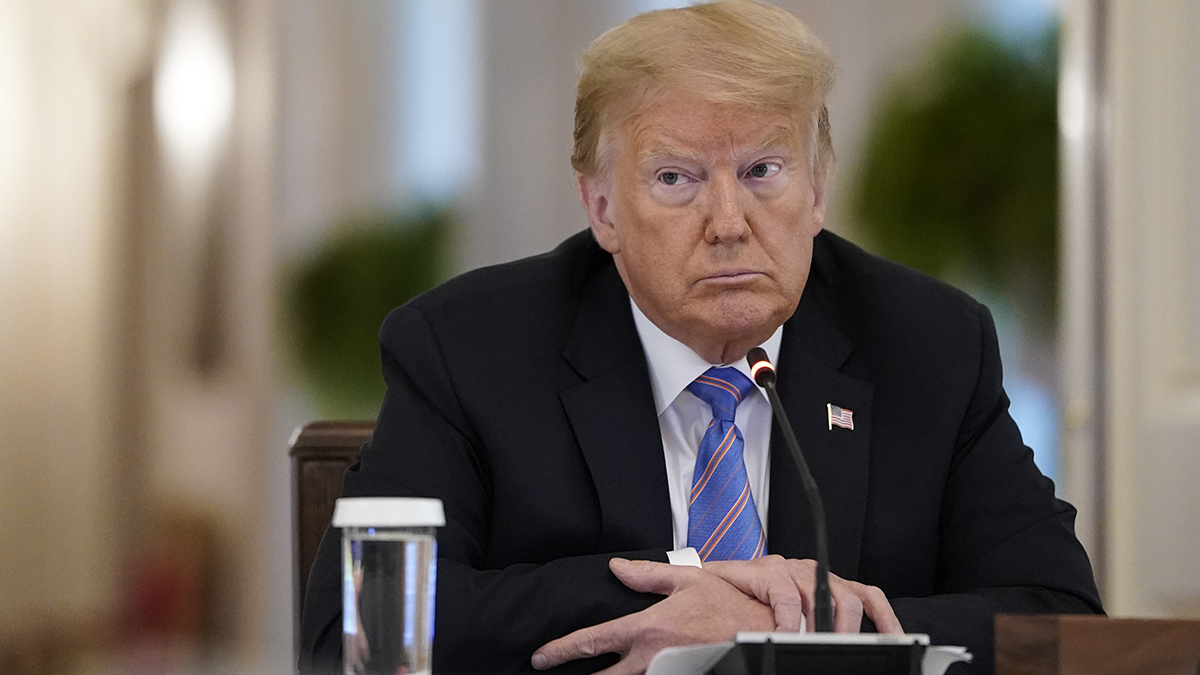 Under the plan, voters who apply for and receive a mail-in or absentee ballot in the mail will also get a postage-paid ballot-return envelope. Each county will have options on how to carry that out, whether using stamps, a metered machine or a business-reply mail account linked to the state's, Boockvar said.

The step by Wolf, a Democrat, comes as his administration and lawmakers discuss legislation to help counties deal with the expected avalanche of mailed-in ballots in a premier presidential battleground state.

It also comes as the push to expand voting by mail ahead of the November presidential election has become increasingly partisan.

President Donald Trump has made clear he believes widespread mail-in voting would benefit Democrats. He has alleged — without citing evidence — that it will lead to massive fraud, and the Republican National Committee has budgeted $20 million to fight Democratic lawsuits in at least 18 states aimed at expanding voting by mail.

Seventeen states cover postage for mail-in ballots, according to the National Conference of State Legislatures, including in states under Republican governors such as Arizona, Maryland and Missouri, and under Democratic governors, including California, Minnesota and Virginia.

Covering ballot postage is also the subject of a push in statehouses and courts in several other states with Republican governors, including Ohio, Florida and Georgia.

While the U.S. Postal Service has said the post office delivers every piece of election mail to its destination — with or without adequate postage — advocates for postage-paid ballot envelopes argue that most voters are unlikely to trust that a ballot without postage will get delivered.

Advocates also compare the cost of a stamp to a poll tax. However, a federal judge in Florida rejected the idea in a court case there in June, comparing stamps to the costs of a voter driving or riding the bus to the polls.

In Pennsylvania, both the Republican and Democratic parties urged voters to cast ballots by mail in the June 2 primary election. 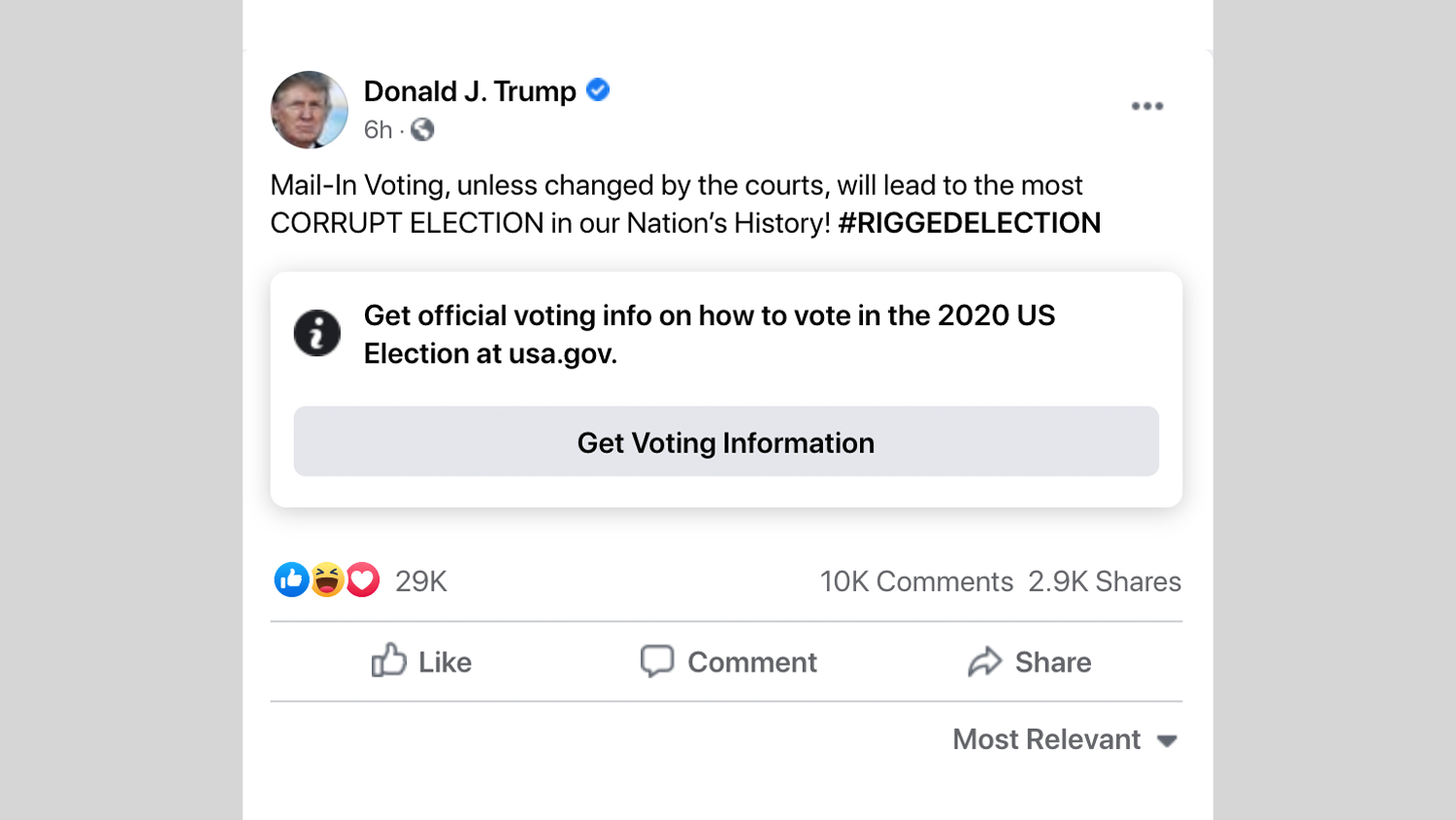 More than 1.4 million Pennsylvanians voted by mail in the primary, or about half, smashing a state record made possible by a sweeping new election law Wolf signed last fall. In the 2016 presidential election, 6.1 million voters cast ballots, as Trump's narrow victory in Pennsylvania helped pave his path to the White House.

But while Democrats have tried to expand access to voting by mail, Republicans have struggled with what to tell their voters. Some have pushed for it, including the Trump campaign, while Trump and his allies at the Republican National Committee have tried to limit the expansion of remote voting, including in Pennsylvania.

Rep. Kevin Boyle, D-Philadelphia, who chairs the state House committee that handles election issues, said pre-paid ballot envelopes will help voters get their ballots in more quickly and help avoid problems like in the primary when thousands of mailed-in ballots arrived after polls closed.

“It will quicken the turnaround time and make it easier for voters to participate in this election in November,” Boyle said.

House Republicans, meanwhile, questioned need to pre-pay for all ballot envelopes, and said the state could instead cover the cost when the U.S. Postal Service bills counties to deliver ballot envelopes without a stamp.

“Instead of a narrowly tailored approach that considers the true costs of ensuring voting remains free to the voter, the Wolf administration has once again taken the overbroad approach of carelessly doling out taxpayer dollars under the false pretense of solving a phantom problem," House Republicans said in a statement.