Pa.'s Primary, Others Become Test Run for Campaigning During Coronavirus

Tuesday's primaries in eight states are the biggest test to date of campaigning during the coronavirus era, a way for parties to test-drive new ways of getting out the vote during a time when it can be dangerous to leave your home.

Voters from Pennsylvania to Iowa to New Mexico will cast ballots in both the Democratic presidential contest, where former Vice President Joe Biden is the only contender with an active campaign, and a host of down-ballot primaries for everything from governors to state representatives. Many states postponed elections scheduled between mid-March and May to the date because of the coronavirus outbreak.

Unable to send candidates out to barnstorm the states or volunteers to knock on voters' doors, campaigns have had to improvise. One Pennsylvania Republican congressional campaign recruited 100 people, including its candidate's large extended family, to hand-write thousands of letters to voters urging support. Another organized “pop-up food banks” for the needy. Others moved up television advertising to capitalize on a captive audience locked down at home. Democrats have created a phone banking model almost along the lines of a technology support hub, where knowledgeable volunteers and staffers can guide confused voters, step by step, through the process of voting by mail.

“Any plan you had three months ago is out the window,” said Brock Lowrance, a Republican strategist working on two Montana races — Sen. Steve Daines' reelection bid and Rep. Greg Gianforte's bid for the GOP gubernatorial nomination. “Campaigns are having to adapt in the ways they're talking to voters but also in the ways voters are going to vote.”

Some voting experts predict half or more of all ballots cast in the November election will be sent through the mail, as the Centers for Disease Control recommends as a way to lessen risk of exposure to the virus at polling stations. States have scrambled to adjust to the new reality with some sending every voter an absentee ballot request.

In Iowa, the traditional frenzy of pre-primary barbecues and rallies has shifted to twice-a-week Zoom training of volunteers for Democratic Senate candidate Theresa Greenfield, who then start dialing voters to ensure they've requested and returned their mail ballots.

In Montana, where the populace is more accustomed to voting by mail, the outbreak has still altered the rhythm of the political season. Lowrance says he's noticed far more down-ballot races advertising on television, a reflection of how campaigns have fewer ways to reach voters and more eyeballs glued to the screen during quarantine.

Lowrance said campaigns, including his own, have had to watch their budgets as the pandemic and economic crash have crimped fundraising and refrained from hiring the legion of door-knockers who usually hit the streets before elections. And now they are having to plan for two possibilities — that November will resemble the intense lockdowns of the past two months, or the more mixed reality of reopened states.

“It's really trying to build two different plans and execute them,” Lowrance said.

The greatest attention is on Pennsylvania, however. It's simultaneously the biggest state voting on Tuesday, the only one that is likely to be a presidential battleground in November and the state that's seen the biggest shift in voting in the COVID-19 era.

That's because this is the first statewide election under a new, more permissive mail voting law passed last year. In 2016, only 4.6% of the state's voters cast a ballot by mail. Now 21% of all the state's 8.5 million voters have already requested absentee ballots.

Democrats are overwhelmingly the ones asking to vote by mail — 1.3 million have filed requests, compared with 525,000 Republicans, state records show. That's partly a reflection of GOP distrust of mail voting that's been stoked by President Donald Trump, who's claimed without evidence it will lead to widespread fraud. Even the Trump campaign, recognizing that getting supporters to mail ballots in is key to winning elections, has been pushing Republicans to use the technique.

Some Pennsylvania Republicans have worried Trump is hobbling the party by making its voters distrust the easiest method of voting during the pandemic. Others argue the gap will close in the fall, when Democrats aren't the only ones to have a presidential candidate on the ballot.

“They had that Bernie and Biden thing going, and it drove some enthusiasm, as it naturally would,” said Dave Feidt, the party chairman in Dauphin County, home to the state capital of Harrisburg. “But to come full circle, you’ll see a very different dynamic in the fall when things are R against D.” 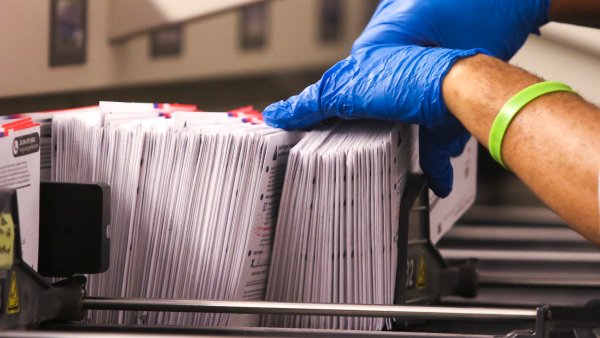 These Vote-By-Mail Lawsuits Could Help Decide the Presidential Election 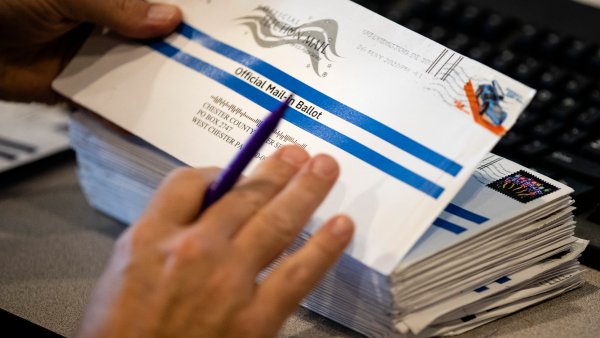 Pennsylvania Mail-In Ballot Didn't Arrive? Here's What to Do

Democrats are elated with their mail ballot lead, saying it reflects their voters' excitement. “They're willing to crawl through broken glass to make sure they participate,” said Democratic National Committee spokesman David Bergstein.

The party has also shifted its campaign tactics, building upon its success in Wisconsin, where the state party pushed mail voting heavily and Democrats won a contested state supreme court election in April. The party has distributed new call scripts to volunteers with detailed instructions on mail voting and ensured there are experts who can walk confused voters through requesting ballots. People marooned at home are answering phones and texts at a notably higher rate, Bergstein said.

Pennsylvania has revealed one potential weak spot for Democrats in the mail voting era — African Americans voters, who operatives say have been requesting ballots at lower rates. Claudette Williams, a black Democrat running for a state legislative seat in eastern Pennsylvania, has had to replace her regular circuit of black churches with regular Zoom calls with black ministers and their parishioners. Her campaign has also organized “pop-up food banks” to distribute food to the needy, at a distance, during the outbreak.

Normally Williams would be frantically meeting voters in the days before a primary. “Today I have to pick up 60 pounds of meat for a pop-up pantry,” she said Friday.

Republicans have also been testing new ways of reaching voters. Once the lockdowns began, it switched its Trump Victory organizing push to online meetings, says it recruited 300,000 new members who have made millions of calls, often with the aid of the campaign's app that helps target voters in key states.

Catch up on the 2020 election campaign with AP experts on our weekly politics podcast, “Ground Game.”