“We're seeing a lot of voter interest and enthusiasm in the election,” said Alicia D'Alessandro, the spokeswoman for the secretary of state, who oversees the election

More than 1 million people have cast ballots already in New Jersey, or about 30% of the turnout in the 2016 presidential election, according to state elections officials.

The turnout is a result of the state holding its first-ever mostly mail-in election, and election experts say it could be headed for 2008 levels when 73% of registered voters in New Jersey cast a ballot.

“We no longer have an Election Day. We simply have an election," said Ben Dworkin, the director of the Rowan Institute for Public Policy & Citizenship. “Voters are taking advantage of that opportunity because they got the ballot in the mail and that’s why we’re seeing this surge of voters."

Democratic Gov. Phil Murphy cited COVID-19 when he signed an order in August calling for all active registered voters to get a ballot in the mail.

State officials also rolled out an online voter registration tool for the first time this year, which they say has been popular with voters. Registration closed Oct. 13.

“We're seeing a lot of voter interest and enthusiasm in the election,” said Alicia D'Alessandro, the spokeswoman for the secretary of state, who oversees the election.

Voters can cast their ballot by sending it back through the mail, dropping it in one of at least 10 official drop boxes in each county, hand delivering it to their county election office or taking it in person to their polling place on Election Day.

In addition to the president, voters will be electing a U.S. senator and their U.S. House representative. New Jersey also has three ballot questions: legalizing recreational marijuana, delaying the legislative redistricting if the Census is delayed, and giving a property tax break for veterans who served during peacetime.

Democrats have embraced the mail-in election, but Republicans are skeptical. President Donald Trump's campaign is suing the state in federal District Court seeking to halt the vote-by-mail election. The case is pending.

The campaign argues that potential voter fraud caused by mail-in ballots threatens the constitutional right for citizens to enjoy equal protection under the law. Similar cases brought in other states have been dismissed, and voter fraud has proved rare.

Murphy has defended the election, saying the criminal prosecution in Paterson shows that alleged fraudsters get caught. 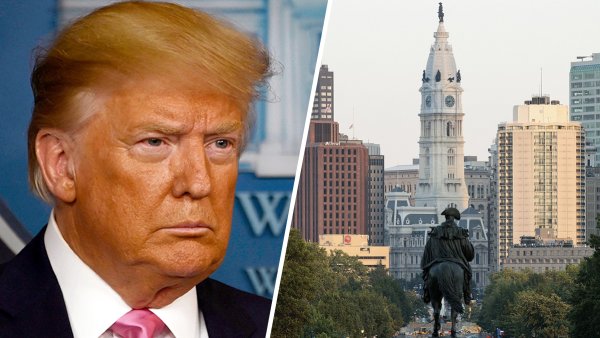 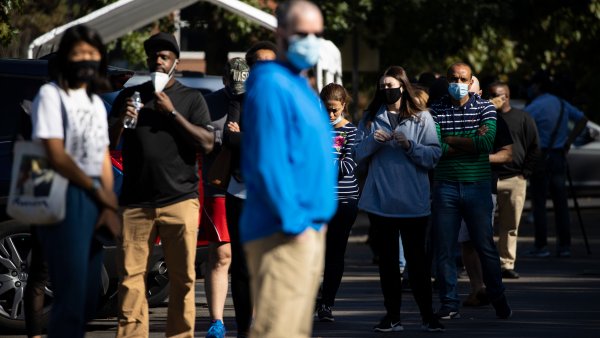 How to Lower COVID-19 Risk When Standing in Line

Sandra Counts, 71, is a retired fourth-grade teacher and Trenton resident. She dropped off her ballot Thursday at the drop box near Trenton Central High School, one of four in the city, because she said she was skeptical that the Postal Service would get the ballot in by Election Day. She said she's a Democrat now, but was a Republican for a while.

Does she have any concerns that the vote-by-mail election could lead to fraud or her vote not counting?

“I really don’t. I know I did my part. It’s up to everybody to do their part," she said.

Nicole Flaherty voted earlier this month with her kids at a drop box in Cinnaminson, New Jersey. She said her children were a little upset they couldn't push the buttons on the electronic machines.

But she held open the drop box door while they pushed the ballots through the slot.

“They need to know what’s going on and why we vote,” she said.

“Kids need to know that mom does this, and she doesn’t sit on the sidelines of history,” she said.