The latest news on the 2020 presidential election
delaware primary

Political newcomer and firebrand Lauren Witzke, who campaigned on halting U.S. immigration for 10 years and has tried to distance herself from accusations that she supports a far-right conspiracy theory, won the Republican U.S. Senate primary in Delaware on Tuesday, defeating the party’s endorsed candidate.

In other races Tuesday, Gov. John Carney and U.S. Sen. Chris Coons easily beat back challenges to win their Democratic primaries, while a political newcomer won the GOP gubernatorial primary over five other contenders. An actor and retired Amtrak conductor defeated a political newcomer to win the GOP primary for a U.S. House seat currently held by a Democrat.

Witzke has tried to distance herself from accusations by some opponents that she supports QAnon. The far-right conspiracy theory centers on an alleged anonymous, high-ranking government official known as “Q,” who shares information about “deep state” enemies of Trump often tied to child sex trafficking.

Witzke told The Associated Press in January that she had stopped promoting QAnon months earlier, dismissing it as “mainstream psyops to get people to ‘trust the plan’ and not do anything.” QAnon followers often encourage each other to “trust the plan.” 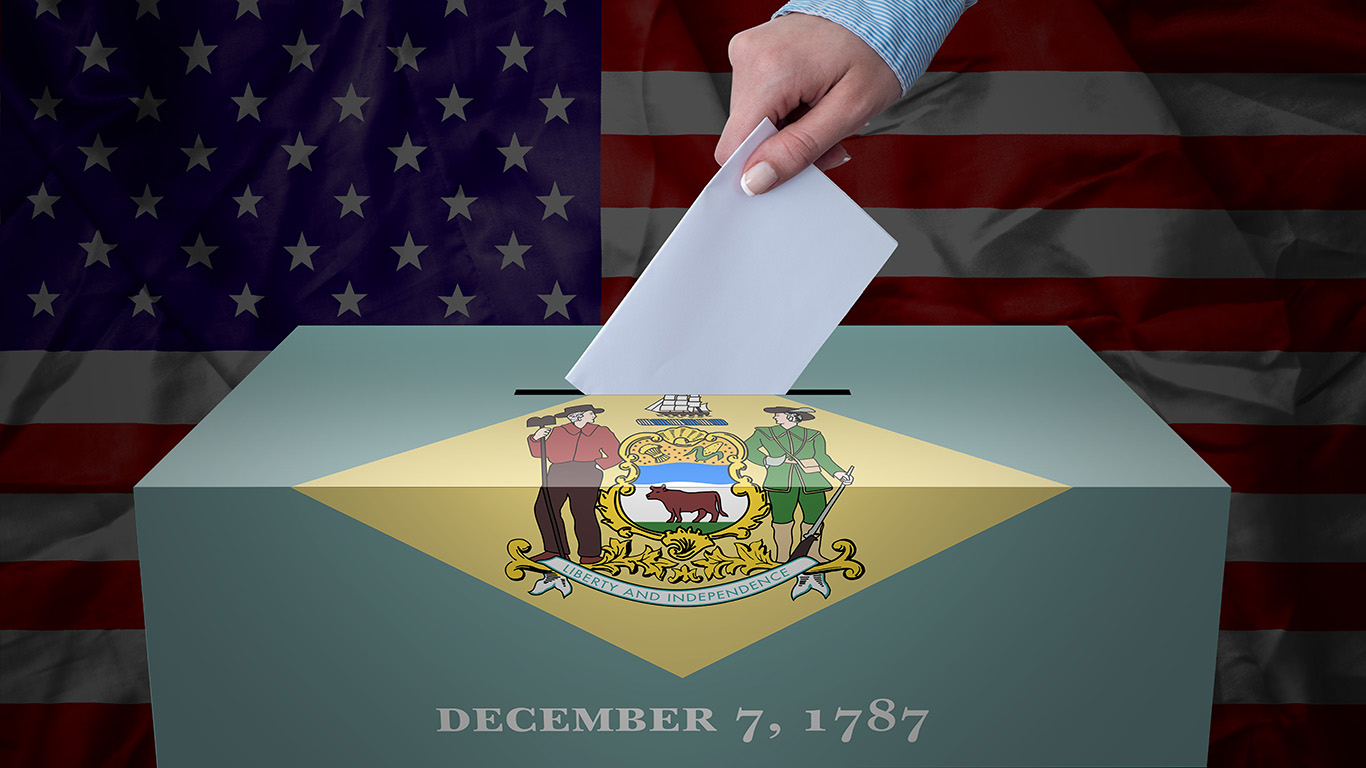 “I certainly think it’s more hype than substance,” she said.

But Witzke has been photographed wearing a QAnon T-shirt and has used the QAnon slogan WWG1WGA (Where We Go One We Go All) in some of her Twitter hashtags. One of her paid campaign staffers, Michael Sisco, was fired last year from his job as a field director for a Republican congressional candidate in Iowa after inviting far-right activist Nicholas Fuentes to speak at an immigration forum. Fuentes has been accused of being a white nationalist and anti-Semite.

Maggie Kosior, an 18-year-old college freshman from Dover, said she voted for Witzke because of her ties to QAnon.

“She is a supporter of them and so am I,” said Kosior, who believes there is a “deep-state” network of Trump enemies, some of whom have engaged in pedophilia. “They’re condemning the right people, I think.”

Several political candidates around the country have been linked to QAnon. They include Colorado restaurant owner and gun rights advocate Lauren Boebert, who upset a five-term congressman in a GOP primary and is a heavy favorite against her Democratic opponent in November. In Georgia, businesswoman Marjorie Taylor Greene, who has expressed support for QAnon in the past, is virtually guaranteed a U.S. House seat after she won a GOP primary and her Democratic opponent dropped out of the race for personal reasons.

“As a result of the failures of Chris Coons and the political class in Washington, aided and abetted by their low-rent henchmen in the left-wing media, I’m running for U.S. Senate to put ordinary Delawarean families and workers first, which is why I’ll crush my out-of-touch, RINO primary opponent on Tuesday, and why union Democrats are flocking to my campaign to vote for me in November,” she wrote. RINO is an acronym for Republican In Name Only.

Witzke’s Senate campaign is centered around an “America First” message that includes a 10-year moratorium on immigration. She also has called for welfare reform limiting benefits to married couples with children and federal funding for faith-based substance abuse recovery programs.

Witzke has spoken openly about her own battle with opioid addiction. She said she once worked for Mexican drug cartel families and organized crime gangs from Detroit. An advocate for gun rights, she is a supporter of law enforcement and has called Black Lives Matter a Marxist group and domestic terrorist organization.

Attorney and political newcomer Julianne Murray topped a field of six contenders Tuesday to win the GOP nomination for governor. Murray is a Sussex County criminal defense attorney who sued Carney over a ban on short-term property rentals he imposed because of the coronavirus.

She has said she would end the state of emergency Carney imposed to control the virus’s spread. Her priorities as governor would include doing more to attract large companies wary of Delaware’s business taxes and high energy costs. She also said she would focus on public safety and the state’s poorly performing schools.

At the state level, Democratic incumbents faced challengers in seven General Assembly races this year, more than double in the 2018 primary. Many of this year’s challengers were inspired by the growing progressive movement within the Democratic Party nationally.

Meanwhile, the winner of a Democratic primary for an open senate seat in the 1st District was poised to make history. Transgender activist Sarah McBride defeated Joseph McCole on Tuesday and is favored to win the seat in November. She would be the first transgender person elected to the General Assembly.

Officials had estimated that half of the votes cast on Tuesday would be by mail because of the coronavirus.