Mail-in ballot drop boxes remain one of the the biggest uncertainties of the Nov. 3 presidential election in Pennsylvania. A tiny borough's rejection of an offer to receive a drop box offers a glimpse into the confusion.

When Trainer Borough, just south of Philadelphia, was offered a mail-in ballot drop box, the local council had their lawyer ask how exactly to use it in the upcoming Nov. 3 election.

"The council members had questions: once the drop box was placed, when could voters start using it? When would they not to be able to use it? Who would stop ballots from going in after polls close? Who would collect the ballots? What about the transfer of the ballots? Where are they going?" Trainer Borough Solicitor Michael Sheridan told NBC10 in an interview Wednesday. "No one wanted to put themselves in a position to accept one without knowing the answers to these questions."

Sheridan said he wrote Delaware County's Board of Elections three times and never heard back. On Sept. 2, the Trainer Council decided to not to recommend a location in the tiny borough for one of the county's mail-in ballot drop boxes.

The confusion over the drop boxes, which were used in many places across Pennsylvania in the June primary, remains a concern for local officials and voters with less than eight weeks until the Nov. 3 presidential election.

By Wednesday afternoon, officials in another Delaware County municipality, Concord Township, said in a statement that they too had informed the county that they would not sign an agreement to allow a mail-in ballot drop box on township property.

Yet the boxes are expected to proliferate across the state in the coming weeks, including 10 in Montgomery County and as many as 30 in Philadelphia. They are meant to give voters another option for returning mail-in ballots besides the U.S. Postal Service.

Some 1.6 million Pennsylvanians voted by mail-in ballot in the June primary. That number could double in the November election.

"We're really making an effort to give people options to vote without having to come into a crowded polling place," Delaware County Councilwoman Christine Reuther said. "

The boxes are not explicitly allowed in the state election code, but they are also not explicitly banned. In August, Gov. Tom Wolf's administration issued guidance to county election officials with a legal argument that does allow their use in the Nov. 3 election.

However, they remain the subject of lawsuits currently in front of both the Pennsylvania Supreme Court and a federal court. 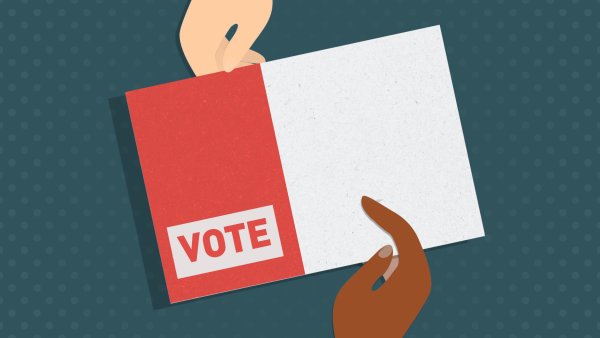 All the while, some voters see mail-in ballot drop boxes as a safe way to avoid in-person polling places and a secure way to avoid possible delays at the post office.

Specific rules governing the use of the boxes were included in the Wolf administration's legal order, including:

Still, the 50 drop boxes approved by a 2-1 vote of Delaware County's Board of Elections last month did not go smoothly.

The dissenting vote, board member James J. Byrne Jr., repeatedly rejected his fellow board members' arguments that the state's order allowing the boxes justifies their use.

He told NBC10 in an interview Wednesday that the state guidance does not alleviate the confusion among county officials or the public about the implementation or use of the boxes.

"One: Are we allowed to do this? Are we wasting funds on something we shouldn't be doing? Two: Will we have the ability to do this, and do it right?" Byrne asked. "And three: Security, sure, security is certainly a concern."