Bragging Rights to Biden Over Trump in Television Ratings

In the competition for attention at their makeshift conventions, Democrat Joe Biden can claim bragging rights over President Donald Trump.

But it was close. The Nielsen company says that 23.8 million viewers watched the final hour of Thursday's Republican convention on television, when Trump gave his acceptance speech before an audience gathered outdoors on the White House grounds. 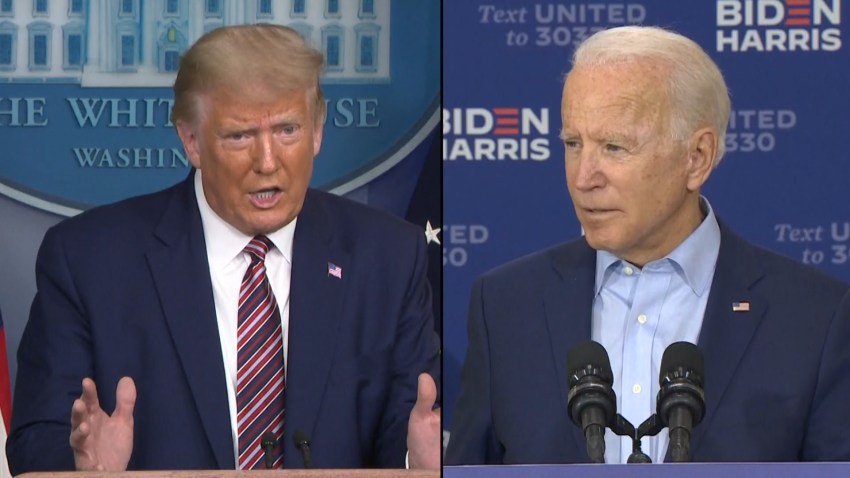 Taxes, Covid and Race the Focus of 1st Presidential Debate 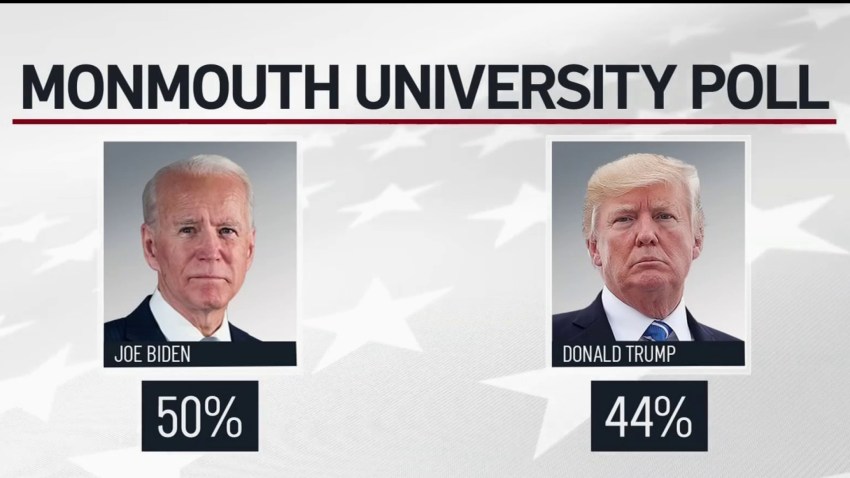 American University professor Allan Lichtman has correctly predicted the outcome of each presidential election since 1984. Here's how he does it and who he says will win in November.

More people likely watched via video streams, but there was no reliable third-party measurement of those users.

Viewership was down sharply for the four-night party programs, staged largely as television productions because of the coronavirus pandemic, compared to the more traditional conventions that nominated Trump and Democrat Hillary Clinton in 2016.

Whether or not it's an omen, more people (32.2 million) watched Trump accept the Republican nomination in 2016 than turned out for Clinton (29.8 million).

Over four nights this year, Democrats averaged 21.6 million television viewers while Republicans had 19.4 million. Democrats had more viewers on three of the four nights, with Tuesday the only exception, Nielsen said.

If anything, the ratings this year illustrated the tendency of viewers to stay with their tribes. For example, 9.2 million people watched Trump speak on Fox News Channel Thursday, by far the most of any network.

Fox is the destination of choice for most of Trump's fans, and they voted with their remotes. In the final hour of coverage, Fox News averaged 7.81 million viewers on the four nights of the the Republican convention, and 2.36 million for the Democrats.

Similarly, the left-leaning MSNBC reached an average of 5.74 million viewers for coverage of the Democrats anchored by Rachel Maddow, Joy Reid and Nicolle Wallace. For the Republicans, the three anchors had a 1.7 million average, Nielsen said.

It's difficult to tell how much of the ratings slippage was inevitable, because television viewership in general is down from four years ago, and how much was due to the infomercial-like presentations of both parties. It didn't feel like a convention, since hundreds of delegates were unable to gather in an arena to cheer their favorites.

The presentation was primarily virtual for the Democrats and, for the Republicans, a collection of mostly pre-taped speeches concluding with the spectacle on the White House lawn.

Party leaders will conduct postmortems to see whether any elements of these presentations will survive in four years, when presumably delegates will be able to gather in one city to meet.

Pace was an advantage this year. The productions, which ran with very few noticeable glitches, moved swiftly with shorter speeches and little dead time. That was an adjustment for television networks, which generally could count on dead time and long-winded speakers so their analysts had time to talk.

The Democrats' roll call vote, with delegates filmed at notable landmarks in their state or territory, was a winner that deserves to live on.

Some of the speakers thrived on an intimacy that could not be replicated in a drafty arena, most notably Ann Marie Dorn, the widow of a St. Louis police officer who spoke on the final night of the GOP convention.

But the lack of audience often made the speakers stilted and overly rehearsed and, in the case of the Republicans, many seemed to be reading a speech written by the same person.

Then there was Kimberly Guilfoyle, Donald Trump Jr.'s girfriend, whose high-decibel speech to an empty auditorium made her a punchline. It was so loud, Comedy Central's Trevor Noah joked, that Canada called the cops.

And, if anything, balloon and funny hat makers will be lobbying for a return to tradition.