‘Give Me the Keys': 5 Teens Charged in Armed Carjacking of US Rep. Scanlon

The teens were charged in Delaware after U.S. Rep. Mary Gay Scanlon's car was recovered there after she was carjacked at FDR Park in South Philadelphia

Scanlon's blue Acura MDX was located Wednesday night in Newark, Delaware, about 45 miles from Philadelphia, Delaware State Police said. The five were apprehended as they tried to flee, police said.

Scanlon was walking to her parked vehicle after a meeting in FDR Park shortly before 3 p.m. Wednesday when two gunmen demanded her keys, police said. She handed them over, and one drove off in the car while the other followed in a dark SUV, police said.

One of them said "give me the keys, so I did," Scanlon said Thursday.

Scanlon was physically unharmed, said her spokesperson, Lauren Cox. Several personal and work items, including her personal cellphone, federal cellphone and ID, were also taken with the vehicle, police said.

After the carjacking, FBI agents utilized equipment inside Scanlon's vehicle to track and locate the vehicle.

Ultimately, the agents found the stolen vehicle in the area of 2750 Fashion Center Boulevard in Newark, Delaware, around 7:30 p.m. Wednesday. They also arrested five suspects. 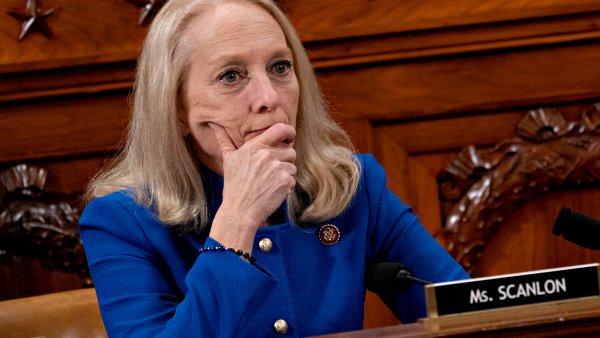 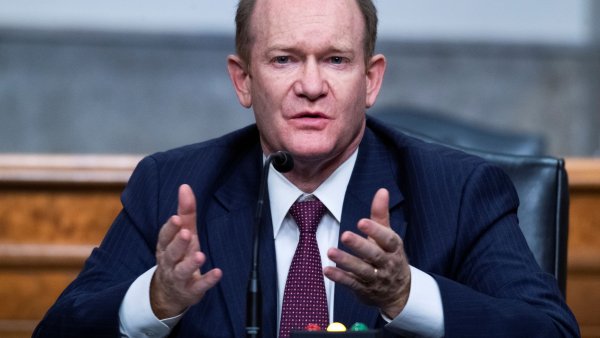 The investigation determined 19-year-old man Josiah Brown was involved in the armed carjacking in Philadelphia, police said. He was turned over to the FBI.

During his interview, Brown provided a written apology to Scanlon, writing that he was sorry for stealing her car and pointing a gun at her, according to investigators.

A 14-year-old female and three males, ages 13, 15 and 16, were each charged with receiving stolen property, police said. The 15-year-old was also charged with resisting arrest and criminal mischief. Their names were not released because they are juveniles.

All the juveniles were released to their parents or guardians, while the 15-year-old was taken to a detention center, police said.

All the suspects are from Wilmington, Delaware.

Since 2019, Scanlon, a Democrat, has represented the 5th District, which covers all of Delaware County, part of Chester County, a small portion of southern Montgomery County and a section of South Philadelphia.

Scanlon was among elected officials meeting to discuss constituent concerns around ongoing development plans for the park, The Philadelphia Inquirer reported.

She said that it was particularly upsetting to be carjacked in FDR Park since it's a refuge "from the hustle and bustle of urban life."

On Thursday, Scanlon thanked those who reached out to her following the carjacking in a statement posted on Twitter.

Scanlon’s office said she expressed gratitude to city police for their quick response and to her local police department and the Sergeant at Arms in Washington for working with Philadelphia police “to ensure her continued safety.”

Mayor Jim Kenney said he was “appalled to learn of this violent crime” against the congresswoman, whom he described as his friend and colleague.

“My thoughts are with her during what I’m sure is a traumatic time,” he said in a Twitter post.

“Everyone deserves to feel safe in our city, and sadly that hasn’t always been the case this year,” Kenney said. “It’s disheartening and infuriating that criminals feel emboldened to commit such a reckless crime in the middle of the day in what should be a place of peace—one of our city’s parks.”

"Hopefully now that a congresswoman was carjacked it brings national attention to Philadelphia and something needs to be done," Giordano said.

City Councilmember Kenyatta Johnson, who represents the 2nd District covering parts of South Philly, told NBC10 his constituents feel the city is in a state of lawlessness.

"The individuals were carrying guns and so we’re thankful she wasn’t harmed but the level of gun violence and carjackings is totally unacceptable," Johnson said.

Johnson also said his constituents want support from both government and the community.

"Most importantly increasing public safety and making sure the perps are arrested and prosecuted to the fullest extent of the law," he said.