5 Iran Tankers Sailing to Venezuela Amid US Pressure Tactics

For Iran, the tankers represent a way to bring money into its cash-starved Shiite theocracy and put its own pressure on the U.S.

Five Iranian tankers likely carrying at least $45.5 million worth of gasoline and similar products are now sailing to Venezuela, part of a wider deal between the two U.S.-sanctioned nations amid heightened tensions between Tehran and Washington.

The tankers' voyage came after Venezuela's socialist leader Nicolás Maduro already turned to Iran for help in flying in chemicals needed at an aging refinery amid a gasoline shortage, a symptom of the wider economic and political chaos gripping Latin America's one-time largest oil producer.

For Iran, the tankers represent a way to bring money into its cash-starved Shiite theocracy and put its own pressure on the U.S., which under President Donald Trump has pursued maximalist campaigns against both nations.

But the strategy invites the chance of a renewed confrontation between the Islamic Republic and America both in the Persian Gulf, which saw a series of escalating incidents often involving the oil industry last year, and wider afield.

“This is like a new one for everyone,” said Capt. Ranjith Raja, an analyst who tracks oil shipments by sea at the data firm Refinitiv, of the gasoline shipments. “We haven't seen anything like this before.”

All the vessels involved belong to Iranian state-owned or state-linked companies, flying under the Iranian flag. Since a pressure campaign on Iranian vessels began,notably with the temporary seizure of an Iranian tanker last year by Gibraltar, the country's ships have been unable to fly flags of convenience of other nations, a common practice in international shipping.

The ships all appear to have been loaded from the Persian Gulf Star Refinery near Bandar Abbas, Iran, which makes gasoline, Raja said. The ships then traveled around the Arabian Peninsula and through the Suez Canal into the Mediterranean Sea, according to data collected from the ship's Automatic Identification System, or AIS, which acts as a tracking beacon. 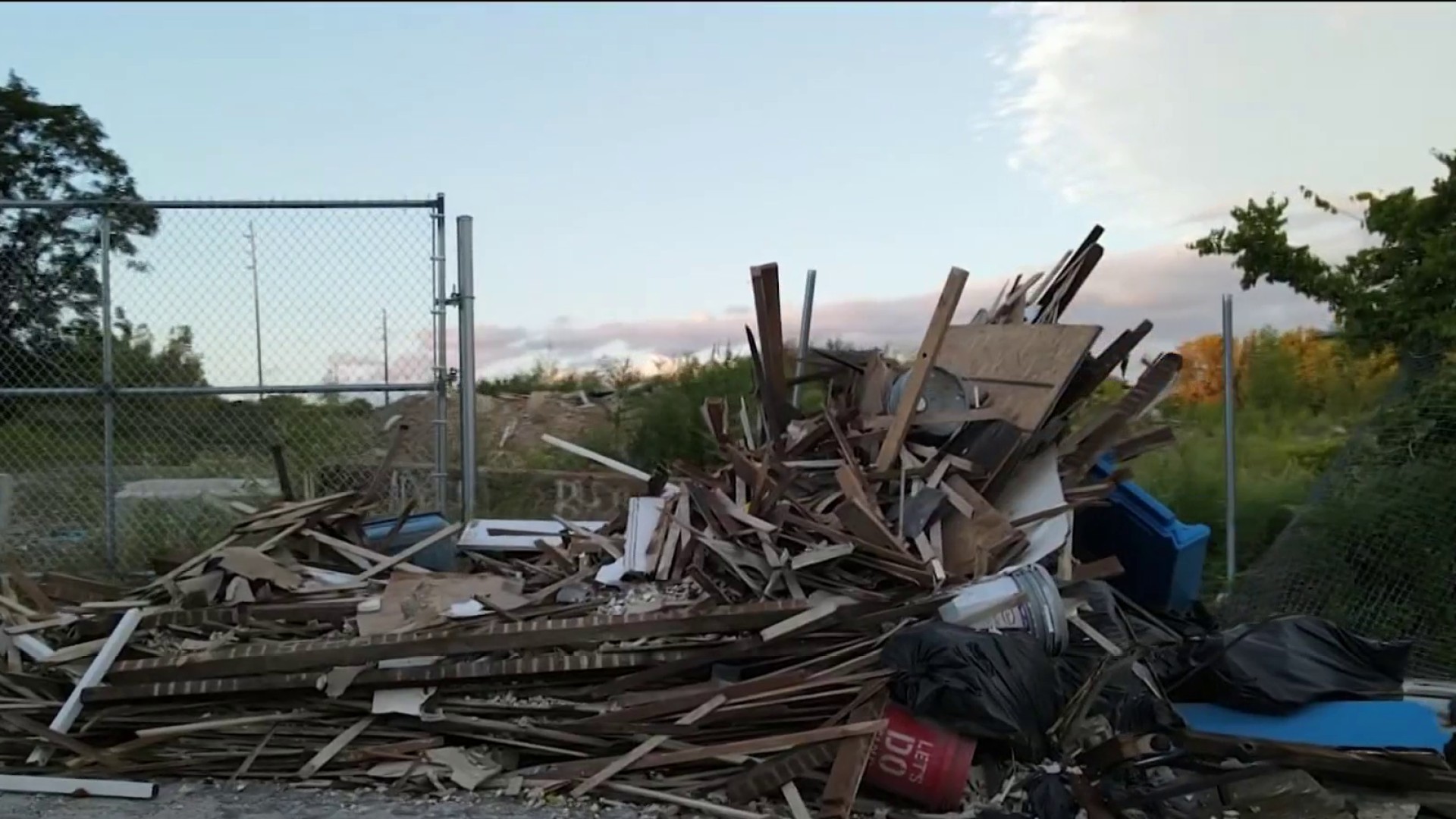 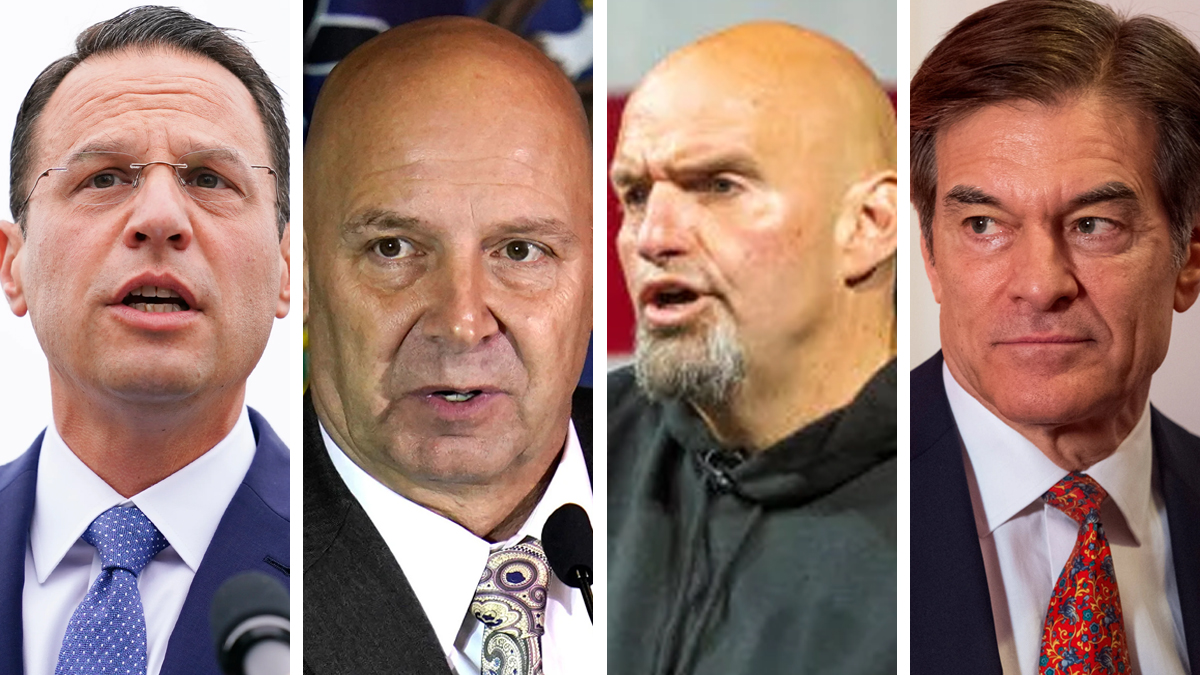 One of the vessels, the Clavel, listed its AIS destination as Caracas beginning May 12, according to log data from ship-tracking website MarineTraffic.com. The vessel later changed its destination as “TO ORDER” two days later, though the ship remains on a route that will see it leave the Mediterranean Sea and be in position to sail on to Venezuela.

Another tanker, the Forest, changed its AIS destination to “S. AMERICA TO ORDER” on May 14.

Three others, the Faxon, the Fortune and the Petunia, all appear on routes that could take them to Venezuela. Given the crushing U.S. sanctions imposed on Iran, also-sanctioned Venezuela appears to be the country that would have nothing to lose from accepting the shipments. Raja said Refinitiv had no data on any Iranian gasoline shipment ever going to South America before.

TankerTrackers.com, a website focused on the oil trade at sea, first reported the ships likely were heading to Venezuela.

The capacity of the five ships is some 175,000 metric tons. On the open market, the gasoline and product carried within them would be worth at least $45.5 million, though Iran likely reached a discounted, non-cash deal with Caracas given the circumstances the two nations face, Raja said.

As news about the tankers grew, an Iranian news agency called Nour, believed to have ties to the country's Supreme National Security Council, published an item on its website early Saturday trying to link a U.S. military exercise in the Caribbean to the tankers. That council includes members of Iran's civilian government, its military and its paramilitary, hard-line Revolutionary Guard.

“If the United States, like pirates, intends to create insecurity on international highways, it will take a dangerous risk that will certainly not go unnoticed,” the agency warned in its brief report.

The Nour item, later picked up by other semiofficial news agencies in Iran, follows a pattern by Tehran of issuing veiled threats through such reports even as officials don't directly acknowledge them.

Quoted by a website affiliated to Iranian state television, Cabinet spokesman Ali Rabiei on Saturday said he did not have any information on the ships.

“We have to sell our oil and we have access to its paths,” Rabiei said. “Iran and Venezuela are two independent nations that have had trade with each other and they will” in the future.

But that all changed late Sunday, when Iran's Foreign Ministry issued a statement saying Foreign Minister Mohammad Javad Zarif wrote a letter to U.N. Secretary-General Antonio Guterres saying the U.S. “piracy” threatened the “disruption of Iran’s fuel transmission to Venezuela." Abbas Araghchi, Iran’s deputy foreign minister, issued a similar warning to the Swiss ambassador in Tehran, who looks out for American interests there.

It remains unclear how the U.S. will respond to the tankers. On Thursday, the U.S. Treasury, State Department and Coast Guard issued an advisory warning the maritime industry of illegal shipping and sanctions-dodging tactics by countries including Iran.

The advisory repeated an earlier promise of up to $15 million for information disrupting the Guard's finances. It also warned anyone “knowingly engaged in a significant transaction for the purchase, acquisition, sale, transport or marketing of petroleum” faced U.S. sanctions.

U.S. Army Maj. Rob Lodewick, a Pentagon spokesman, declined to comment on the Iranian vessels. He referred questions to the State Department, which did not immediately respond.

Analysts already have been warning about the growing chance for a renewed confrontation between the U.S. and Iran, whose government downplayed and then struggled for weeks with the coronavirus pandemic.

In April, the U.S. accused Iran of conducting “dangerous and harassing” maneuversnear American warships in the northern Persian Gulf. Iran also had been suspected of briefly seizing a Hong Kong-flagged oil tanker just before that.

Iran seized ships last summer and the U.S. accuses it of attacking tankers in the region amid tensions over Trump unilaterally withdrawing America from Tehran’s nuclear deal with world powers in 2018.

Associated Press writers Nasser Karimi and Amir Vahdat in Tehran, Iran, and Joshua Goodman in Miami contributed to this report.