Zelenskyy Thanks Leaders of Britain, Austria in Video Address

Ukrainian President Volodymyr Zelenskyy thanked the leaders of Britain and Austria for their visits to Kyiv on Saturday and pledges of further support.

In his daily late-night video address to the nation, Zelenskyy also thanked European Commission President Ursula von der Leyen and Prime Minister Justin Trudeau for a global fundraising event that raised more than 10 billion euros ($11 billion) for Ukrainians who have had to flee their homes. 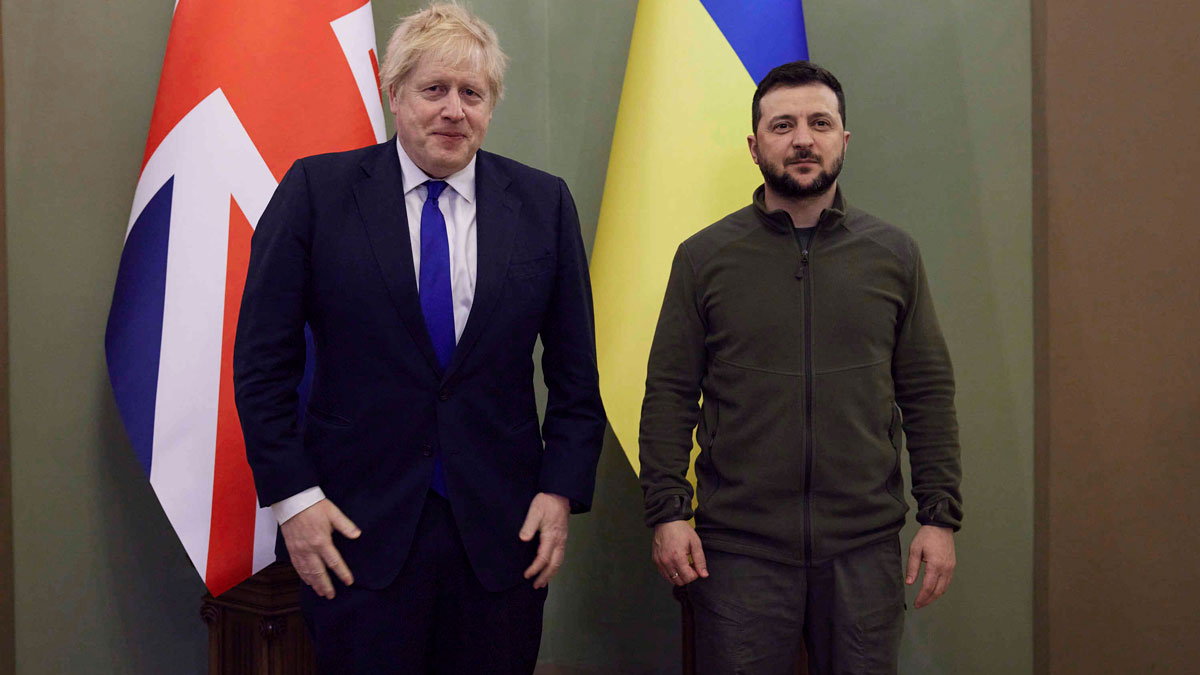 “Because Russian aggression was not intended to be limited to Ukraine alone, to the destruction only of our freedom and our life,” he said. “The entire European project is a target for Russia.”

Zelenskyy repeated his call for a complete embargo on Russian oil and gas, calling them the sources of Russia’s “self-confidence and impunity.”

He added: "And an oil embargo must be the first step. Moreover, by all democratic states, the entire civilized world. Then Russia will feel it. Then it will be an argument for them to seek peace, to stop the senseless violence.”