Lewis' essay, titled "Together, You Can Redeem the Soul of Our Nation," was published by The New York Times to run the day of his funeral

Lewis' essay, titled, "Together, You Can Redeem the Soul of Our Nation," was published by The New York Times to run the day of his funeral, where former Presidents Barack Obama, Bill Clinton and George W. Bush were among those who paid tribute. Lewis died from cancer on July 17 at age 80.

"Ordinary people with extraordinary vision can redeem the soul of America by getting in what I call good trouble, necessary trouble," Lewis' essay says. "Voting and participating in the democratic process are key. The vote is the most powerful nonviolent change agent you have in a democratic society. You must use it because it is not guaranteed. You can lose it."

Acting editorial page editor Kathleen Kingsbury wrote on The New York Times' website that Lewis had sent his essay two days before his death. She highlighted a section of the piece that calls for continued action to protect democracy.

“Democracy is not a state. It is an act, and each generation must do its part to help build what we called the Beloved Community, a nation and world society at peace with itself,” Lewis wrote.

Freeman's narration of Lewis' essay, at the request of "The Last Word" host, was delivered as images from the struggle for civil rights from the 1960s as well as recent Black Lives Matter protests played in the background.

The footage included historic photos of Lewis alongside his mentor Dr. Martin Luther King Jr., and photos of unarmed Black Americans who have been killed by police or vigilantes. 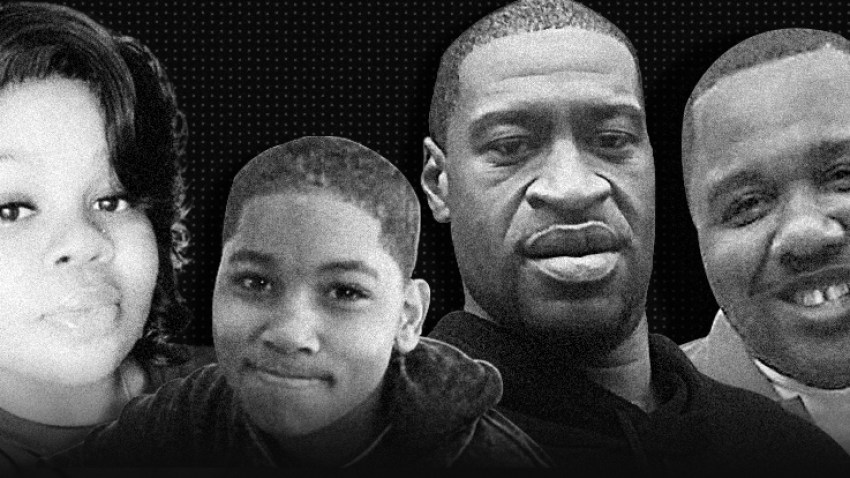 How to Change How America Is Policed

Freeman's baritone voice is often called the "voice of God" and his Twitter bio describes the 83-year-old as "that actor whose voice you recognize."

Freeman called Lewis a "true American hero" following the death of the congressman of 33 years.