To tackle the rising tide of hunger, the U.N. World Food Program is undertaking the biggest humanitarian response in its history, aiming to assist 138 million people

Millions of people have been pushed into hunger by the coronavirus pandemic, the U.N. World Food Program said Monday as it appealed for nearly $5 billion to help feed the growing numbers in poor and middle-income countries.

“The frontline in the battle against the coronavirus is shifting from the rich world to the poor world,” said David Beasley, WFP’s executive director. “Until the day we have a medical vaccine, food is the best vaccine against chaos."

He said without access to enough food, the world could see "increased social unrest and protests, a rise in migration, deepening conflict and widespread under-nutrition among populations that were previously immune from hunger.”

To tackle the rising tide of hunger, WFP is undertaking the biggest humanitarian response in its history, aiming to assist 138 million people, up from from a previous record of 97 million in 2019. The agency says sustained funding is needed to support its work in 83 countries, to provide food to the most vulnerable and to support governments working to curb the spread of COVID-19.

The number of hungry people in the countries where it operates could increase to 270 million before the end of 2020 — an 82% increase from before the pandemic took hold, said WFP.

The fallout from the pandemic is being felt hardest in Latin America, which has seen an almost three-fold rise in the number of people requiring food assistance, and among urban communities in low- and middle-income countries, which are being dragged into destitution by job losses and a precipitous drop in remittances.

Raquel McGee, Founder of Black Women Organizing for Power Chicago, shares her thoughts on how the coronavirus pandemic is exposing inequality in America, while Francisco, a student in New Jersey, discusses how he and his Latino family are working harder than ever in the food industry to keep America fed.

Spikes in hunger are also evident in West and Central Africa, which has seen a 135% jump in the number of food insecure as well as in Southern Africa where there has been a 90% rise.

Coronavirus infection levels are climbing when food stocks in some parts of the world are already low. At this time of year, many farmers are awaiting crops from new harvests. Hurricane and monsoon seasons are getting underway, while record locust invasions in East Africa and outbreaks of conflict are adding to an already challenging outlook for the world’s hungry.

“This unprecedented crisis requires an unprecedented response. If we do not respond rapidly and effectively to this viral threat, the outcome will be measured in an unconscionable loss of life, and efforts to roll back the tide of hunger will be undone,” said Beasley. 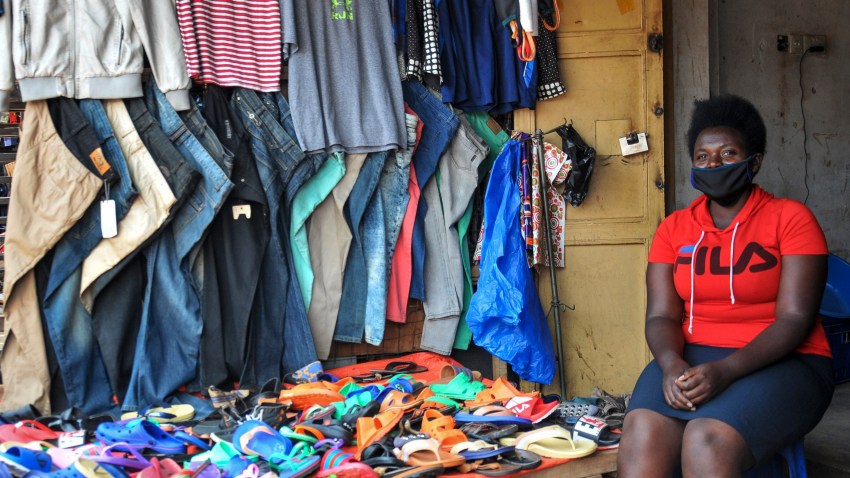 Women ‘on Precipice' in Developing Countries Amid COVID-19 The new challenge requires a big increase in the use of cash-based transfers. Over half of WFP’s new response plan will be delivered in cash and vouchers — allowing urban communities to purchase their food needs in local markets, which boosts local economies.