A U.S. Capitol Police officer who died from injuries suffered during Wednesday's riot at the Capitol was a 12-year veteran of the force who "made the ultimate sacrifice while protecting those trapped in the Capitol amid a violent assault on our democracy itself," said Rep. Don Beyer, D-Virginia.

In honor of Officer Brian D. Sicknick, flags at the Capitol were flying at half-staff Friday.

Sicknick died Thursday evening, according to a Capitol Police statement.

Sicknick, 42, was injured while physically engaging with rioters at the U.S. Capitol. He collapsed after returning to his division office and was taken to a hospital, where he died about 9:30 p.m. Thursday, police said.

Sicknick was a military veteran. Originally from New Jersey, he was the youngest of three siblings and enlisted in the New Jersey Air National Guard in 1997, serving multiple deployments, including in Operation Enduring Freedom.

News4's Shomari Stone has reaction to the death of U.S. Capitol Police Officer Brian Sicknick, who succumbed to injuries suffered during the riot.

In 2003, he was honorably discharged and joined the U.S. Capitol Police five years later. He lived in the Springfield area of Northern Virginia.

Sicknick's family has asked that his death not be made political.

"When a person gets up to go to work in the morning, you expect them to come home at night and that’s not what occurred," he said.

A neighbor says this should hurt all Americans, regardless of politics.

"Whatever opinion or position you hold, you don't want that to happen to anyone, but when it's someone you know, it kinda hits closer. I just can't believe it," said Londi Guerra, Sicknick's neighbor. "Especially someone who was doing his job, defending the Constitution and trying to defend the people who run our government."

Another neighbor said Sicknick he was a kind soul who always talked with him while he walked his dogs.

"One of his dogs was a little blind, so he would always have to carry the dog through the walk," said neighbor Mario Pinguli. "We spent a lot of time walking this sidewalk in our neighborhood, which ... is really quiet and nice.  Just ... really really sad for him."

"The entire USCP Department expresses its deepest sympathies to Officer Sicknick’s family and friends on their loss and mourns the loss of a friend and colleague," the Capitol Police statement said.

A federal investigation is under way in Sicknick's death, a senior Department of Justice official confirmed to NBC News.

The Department of Justice said it would "spare no resources in investigating and holding accountable those responsible," Acting Attorney General Jeffrey A. Rosen said.

On Wednesday, America was stunned to see pro-Trump protestors successfully breaching Capitol Hill, what is thought to be one of the most secure buildings in the country. Retired senior security special agent David Benson and former FBI agent Daniel Roberts joined LX News to weigh in on the controversial Capitol Police response to the crisis.

“Officer Sicknick was killed while doing his job—defending those trapped in the Capitol building amid a violent attack on our democracy. His death is a tragedy, and those responsible must be prosecuted to the fullest extent of the law," Virginia Gov. Ralph Northam said.

Beyer, who identified Sicknick as one of his constituents, said the fallen officer "deserves to lie in state."

While defending the U.S. House and Senate overrun by rioters Wednesday, Capitol Police also were forced to defend themselves. Three congressional and police sources tell News4 that at least 60 officers suffered injuries.

Pelosi said those involved in Sicknick's death must be brought to justice.

"The sacrifice of Officer Sicknick reminds us of our obligation to those we serve: to protect our country from all threats foreign and domestic.  May it be a comfort to Officer Sicknick’s family that so many mourn with and pray for them at this sad time," House Speaker Nancy Pelosi said in a statement. 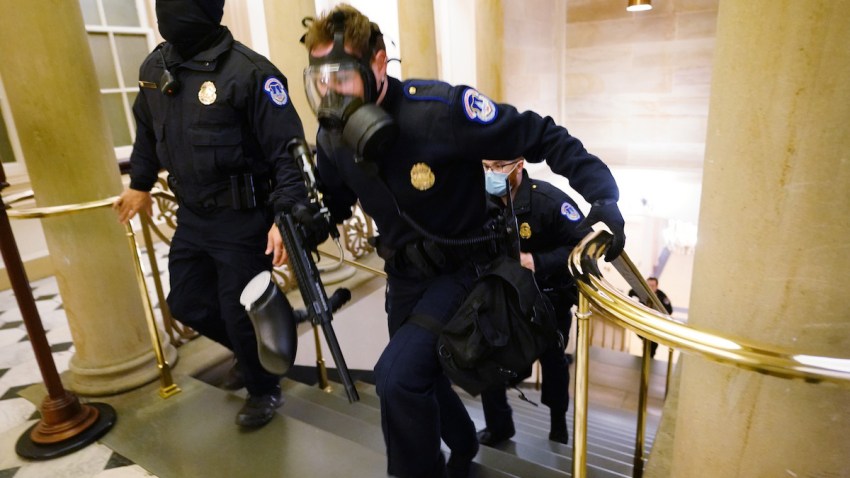 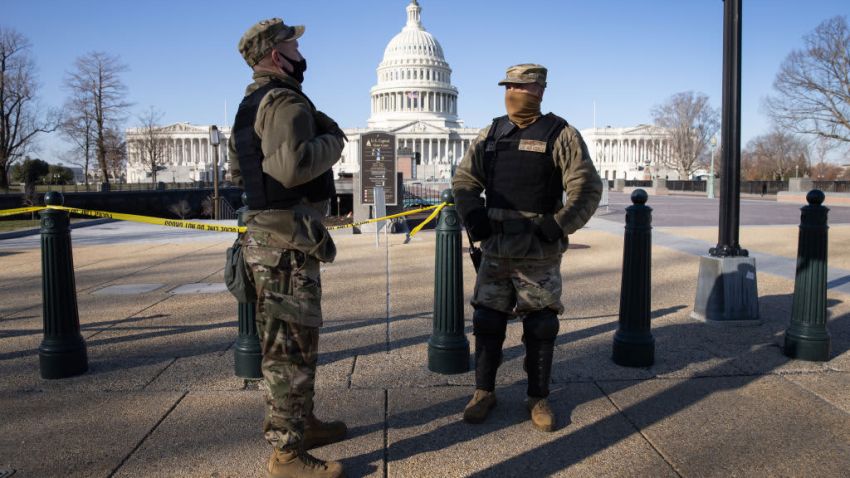 Army Secretary Says Intel Before Capitol Riots Was ‘All Over the Board' as 6,200 National Guard Go to D.C.

A woman, Ashli Babbitt, was shot and killed by a Capitol Police officer “as protesters were forcing their way toward the House Chamber where members of Congress were sheltering in place,” Capitol Police Chief Steven Sund said in a statement. The officer was placed on administrative leave and police powers were suspended pending the results of a joint investigation with D.C. police.

It took four hours to disperse the rioters from the Capitol complex. By then, they had roamed the halls of Congress, posed for photos inside hallowed chambers, broken through doors, destroyed property and taken photos of themselves doing it. At least 80 people were arrested, but it will take time to sort through all the footage to determine who should be charged and with what.

Viral images comparing police treatment of Black Lives Matter demonstrators to the pro-Trump Capitol rioters are clear examples of structural racism, says Derrick Johnson, the CEO of the NAACP. He joined LX News alongside Rashad Robinson, president of Color Of Change, to talk about claims of racist double standards after the events that unfolded on January 6.

The House Appropriations Committee, which controls the police department's budget, has launched a review of what went wrong.

"Our hearts break over the senseless death of United States Capitol Police Officer Brian D. Sicknick, who was injured in the line of duty during yesterday’s violent assault on the Capitol," they wrote. "Our prayers are with his family, friends, and colleagues on the force."