Groups at risk include Catholics, Muslims and Orthodox who have broken away from the patriarch of Moscow, Archbishop Borys Gudziak said

The top-ranking Ukrainian Catholic cleric in the United States warned Thursday that religious minorities in the Eastern European country stand to be “crushed” if Moscow gains control, as fighting raged on more than a month after the Russian invasion began.

Groups at risk include Catholics, Muslims and Orthodox who have broken away from the patriarch of Moscow, Archbishop Borys Gudziak said. He also cited reports that Russian forces have damaged two Holocaust memorials and Moscow's false portrayal of Ukraine, which overwhelmingly elected a Jewish president in Volodymyr Zelenskyy, as a “Nazi” state.

“What is at stake for the people of faith is their freedom to practice their faith,” Gudziak said during an online panel discussion on the war, hosted by the Initiative on Catholic Social Thought and Public Life at Georgetown University.

“Ukrainian Catholics, over the last 250 years, every time there’s been a Russian occupation where they live and minister, they’ve been strangled,” he continued. 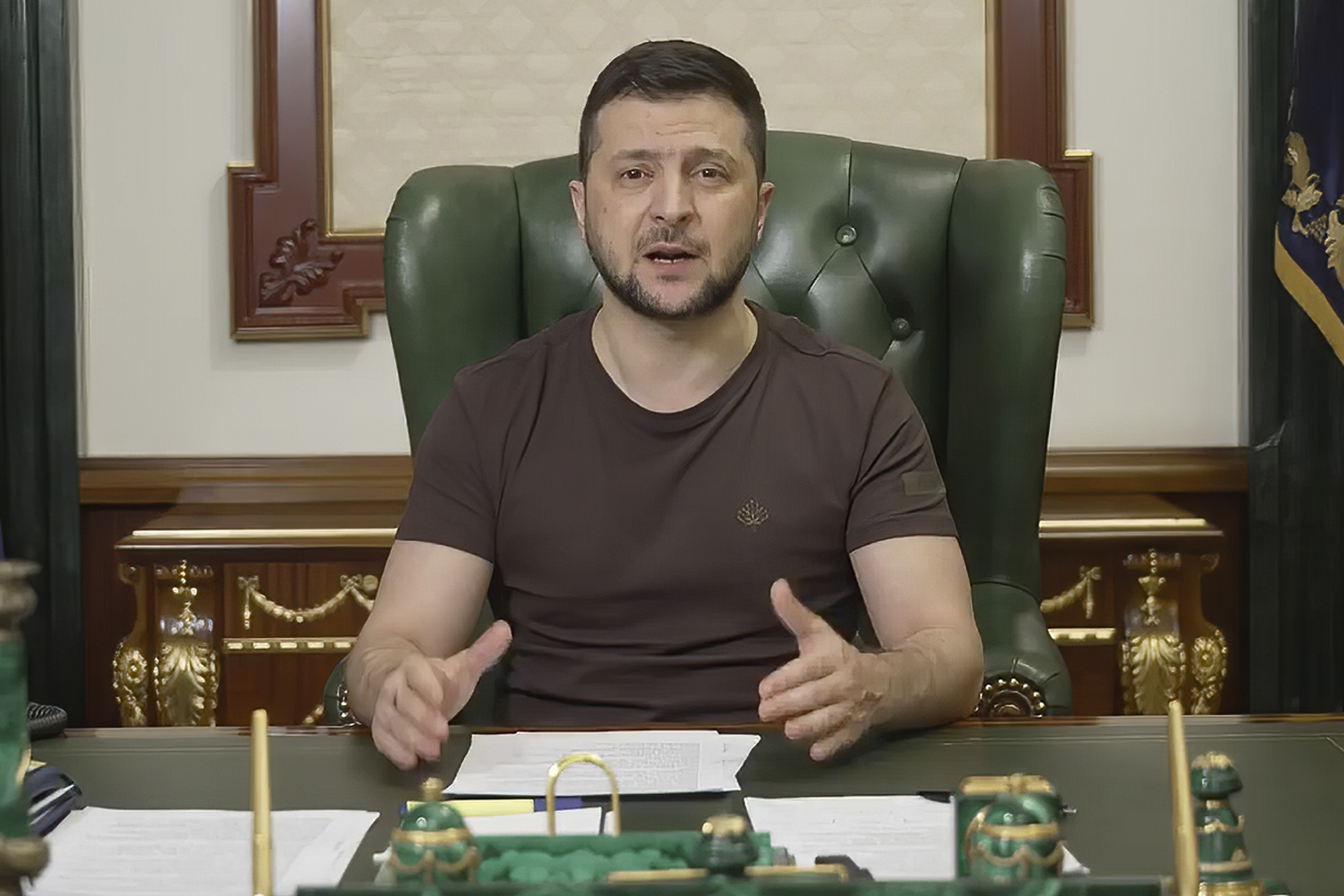 Ukrainian President Says Defense Is at a ‘Turning Point,' Pleads for More US Help 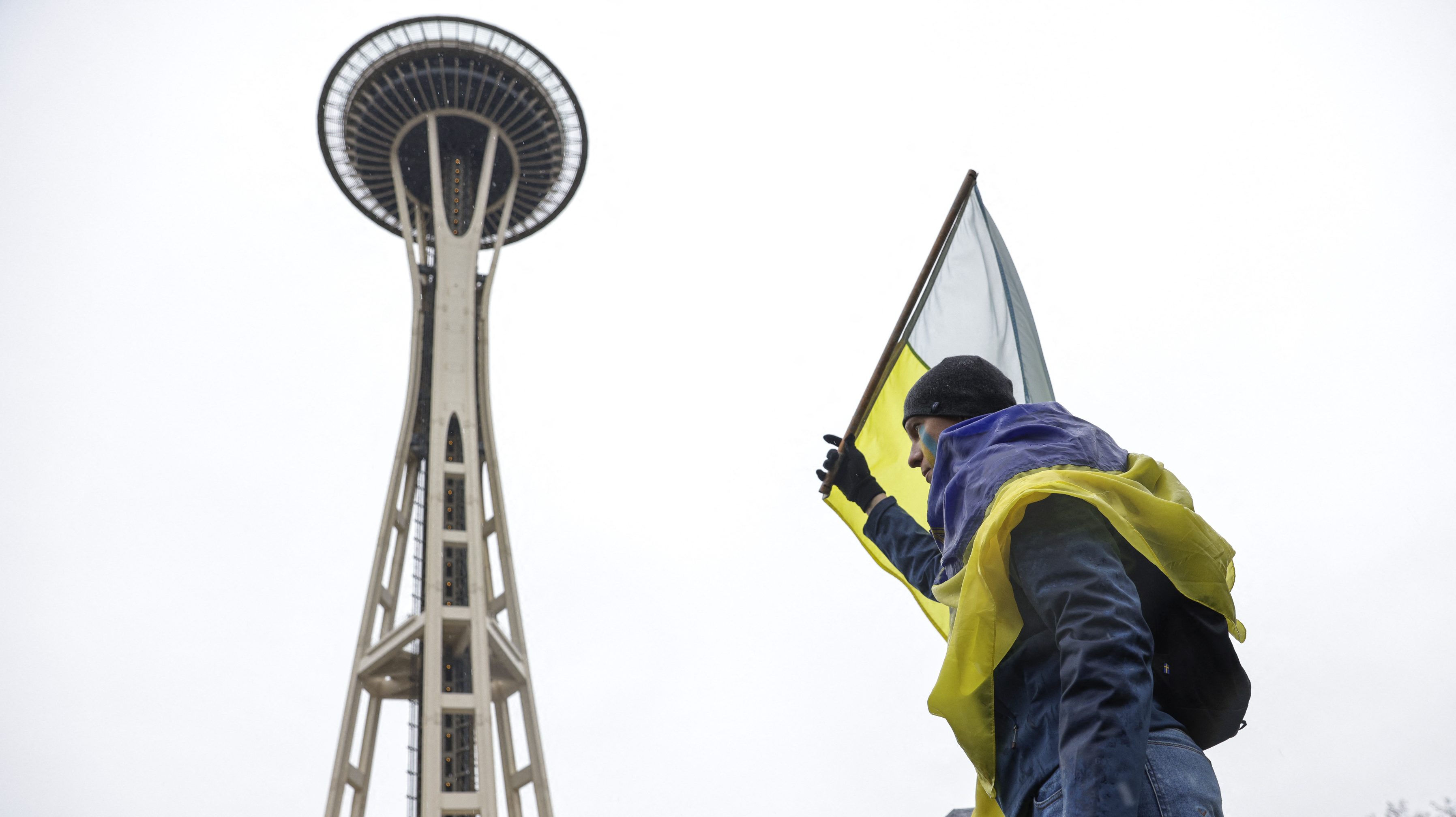 Ukrainians Already in US Mobilize to Prepare for Up to 100,000 Inbound Refugees

Gudziak is head of the Ukrainian Catholic Archeparchy of Philadelphia and president of Ukrainian Catholic University in Lviv, Ukraine. He also oversees external relations for the Kyiv-based Ukrainian Greek Catholic Church. The name of the church, whose members account for an estimated 10% of Ukraine's population, refers to its loyalty to the pope and its use of Greek or Byzantine liturgy, which is similar to that of Ukraine's majority Orthodox population.

The archbishop predicted that the Orthodox Church of Ukraine — which broke from the Moscow Patriarchate and was recognized in 2019 by the Ecumenical Patriarch of Constantinople over fierce opposition from Moscow — “will undoubtedly be crushed if there’s a Russian occupation.”

Kirill has backed Putin's justifications for the war, saying both countries are part of a “Russian world” and alleging that the U.S. and other foreign forces have sought to foster enmity between them.

Ukraine was once part of the Soviet Union, and is now a buffer between Russia and European members of NATO, a military alliance led by the U.S. Sky News security and defense editor Deborah Haynes explains more about tensions in Ukraine and how negotiations are going between the U.S. and Russian leader Vladimir Putin.

Gudziak also cited the plight of Muslim Tatars who “have been persecuted for these last eight years” since Russia annexed the Crimean Peninsula in southern Ukraine in 2014.

The U.S. State Department has similarly denounced intimidation and harassment of Tatars and other religious groups in Crimea and areas of eastern Ukraine under control of Russia-backed separatists. The U.S. Commission on International Religious Freedom said this month that Moscow's “aggression toward religious freedom (in those territories) is an indicator that much worse will follow ... as Russia expands into Ukraine.”

Gudziak rejected Russia's claims that it is on a mission to denazify Ukraine, where the Jewish Zelenskyy won election with 73% of the vote. Such altruistic assertions also ring hollow, he argued, given the reported damage to the Holocaust memorials in Kyiv and near Kharkiv.

"All those who desire to live in freedom will lose a lot or everything. If there is an occupation, that is what is at stake for Ukrainians,” Gudziak said. “What is at stake for Europe, for the broader world, is will there be an advance of systems, ideologies and worldviews that crush people?”

Associated Press religion coverage receives support through the AP’s collaboration with The Conversation US, with funding from Lilly Endowment Inc. The AP is solely responsible for this content.