Both companies, along with YouTube, removed a video posted by the President after the U.S. Capitol was stormed in which he repeated baseless claims of a stolen election

As President Donald Trump continued Wednesday to make baseless claims of election fraud in front of thousands of supporters in Washington D.C., some of whom later stormed the U.S. Capitol, the big social media companies took action against the president.

Facebook and Twitter both suspended Trump's accounts for violating their policies. Twitter said it would ban Trump for 12 hours and forced him to delete three posts, including a video posted Wednesday afternoon addressing the Capitol riots.

Hours later, Facebook said it would ban Trump from posting for 24 hours due to two violations of its policies. Facebook also removed the video posted to Trump's account Wednesday afternoon, according to Guy Rosen, vice president of integrity at Facebook.

"This is an emergency situation and we are taking appropriate emergency measures, including removing President Trump's video," he said. "We removed it because on balance we believe it contributes to rather than diminishes the risk of ongoing violence."

In the video removed from both platforms, Trump said he understood his supporters' anger and disappointment over the election result. He continued airing baseless grievances that the election was "stolen," even though he told them that it was time to stop the violence. 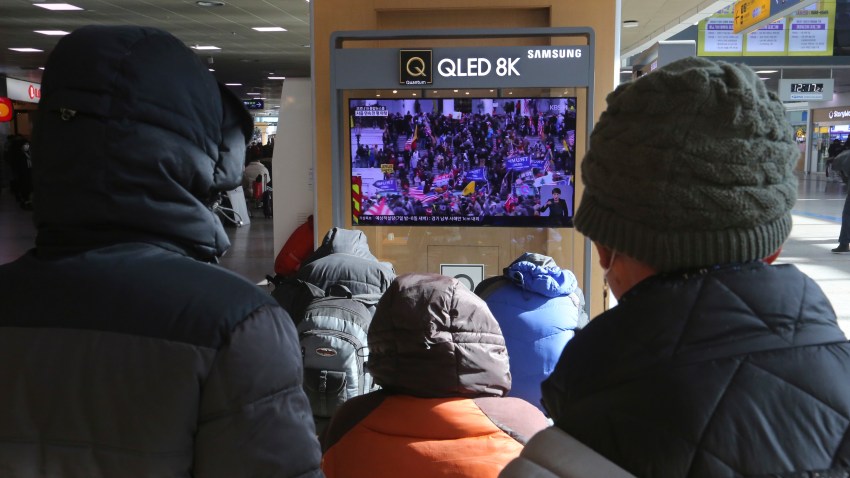 From ‘Beautiful' to ‘Disgraceful': World Reacts to Chaos at US Capitol 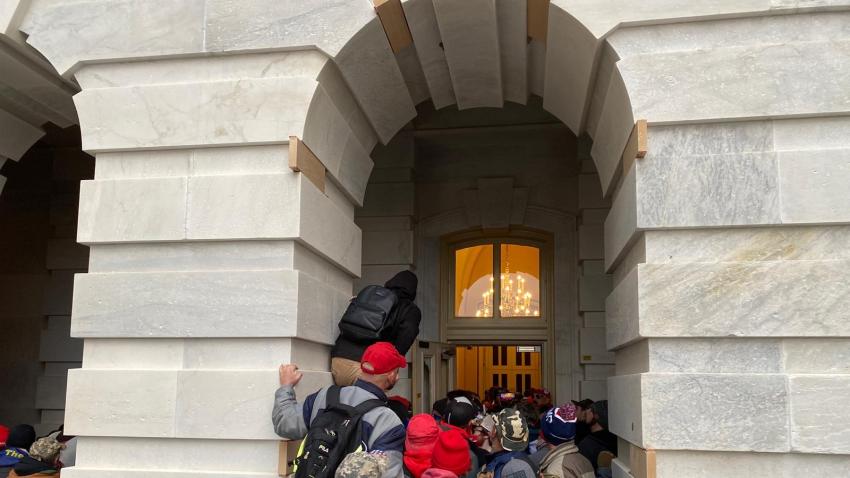 Trump's Twitter post was initially limited by the social media company as possibly being a risk of violence.

"This claim of election fraud is disputed, and this Tweet can't be replied to, Retweeted, or liked, due to a risk of violence," Twitter wrote under Trump's video. It was later removed, along with another tweet from the president.

YouTube also removed the video from its site, with all three companies saying they wanted to stop the spread of a message that has driven thousands of people to descend on Washington D.C. intent on disrupting Congress from certifying the Electoral College vote for President-elect Joe Biden.

A Slate journalist captured the moment protesters attempted to break into the U.S. Capitol building on Wednesday by smashing the glass window panes of a door.