Twitter Abuse Victims Fear Musk's Plans, But May Not Quit

Perhaps no group of people is more alarmed about Elon Musk's plan to make Twitter a free speech free-for-all than those most likely to be targeted for harassment: women, racial minorities and other marginalized groups.

They fear that a more hands-off approach to policing the platform will embolden purveyors of hate speech, bullying and disinformation to ratchet up their bad behavior — a possibility Musk has done little to dispel.

Yet even those who have faced extreme harassment on Twitter say they are unlikely to quit the platform. Despite the negative psychological toll, they still place a high value on Twitter as a place to express their views and engage with others.

That could help explain why Musk shows little concern for the underbelly of unfettered free speech, although advertisers - who account for 90% of Twitter's revenue - may not feel the same way.

Renee Bracey Sherman, a biracial abortion rights advocate, endures a steady stream of predictable criticism on Twitter and, occasionally, an eruption of vile tweets: messages calling for her death, photos of aborted fetuses and, recently, her likeness photoshopped as a Nazi.

“It is a montage of hate and gore and violence,” Bracey Sherman said.

But while some famous people have said they are planning to quit Twitter because of Musk, more typical users like Bracey Sherman say it's not that simple. They cannot easily get attention wherever they go, cannot leave Twitter and expect their followers to join them.

To mitigate the hate, Bracey Sherman has blocked thousands of people, and she uses filters to hide some of the most extreme messages. She also reports some of the most egregious messages to Twitter, although she says the platform rarely does anything about them.

While Twitter did not immediately respond for comment, the company says on its site that it does not permit targeted harassment or intimidation that could make people afraid to speak up. And it says it does not tolerate violent threats.

Musk has called himself a“free-speech absolutist” and believes Twitter will thrive as a forum for public debate with fewer restrictions. He hasn't offered many details about his plans and he didn't immediately respond to questions Wednesday, but in tweets to his 85 million followers since Twitter agreed to his $44 billion offer to buy the company Musk has made clear that he wants to limit the company's content-moderation efforts.

“The extreme antibody reaction from those who fear free speech says it all," Musk tweeted Tuesday. 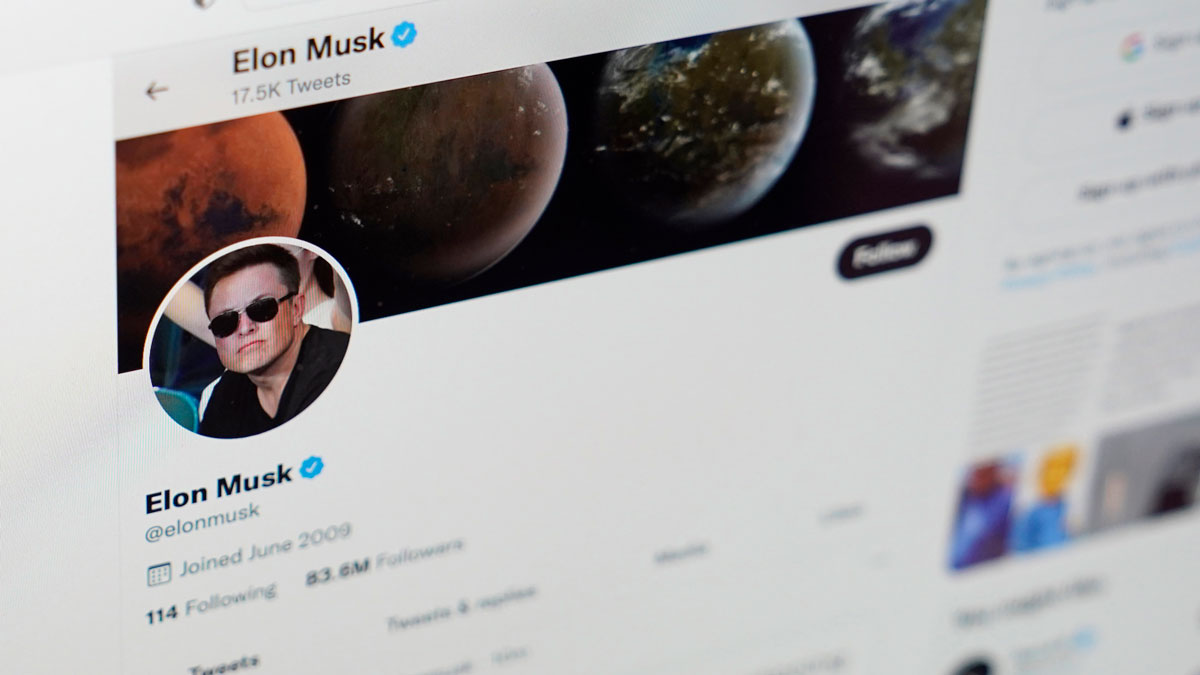 What Elon Musk's Past Tweets Reveal About Twitter's Next Owner

The uproar over Twitter echoes what other social media companies have experienced in the recent past, such as when Facebook was slow to act to remove then-President Donald Trump from the platform for his role in the Jan. 6 insurrection at the Capitol. And history shows that attempts at boycotts rarely succeed.

Technology experts say leaving social platforms is not easy — your friends or business associates are on it, and there are few alternatives. And even when fed-up users do leave, a steady stream of new users comes in right behind them. It's not the angriest users who leave, experts say, but those who simply find no use for the platform.

While polls show all types of people are susceptible to online harassment, extensive research has shown that women and people of color are far more likely to be targeted. That’s also true for people with disabilities, people who belong to religious minorities and members of the LGBTQ community.

Michael Kleinman, who has studied online harassment for Amnesty International, said if Twitter allows more hateful and abusive speech, marginalized people who get attacked are likely to express themselves less.

“No one feels safe in a public square where as soon as you speak, a hostile mob screaming obscenities descends upon you. That’s no longer a public square. That’s an arena,” Kleinman said.

Brianna Wu understands that arena as well as anybody.

She has received sexual-assault and death threats on Twitter since 2014, when she created a video game, Revolution 60, that featured women as protagonists. The harassment was part of a larger online campaign targeting female game developers that became known as GamerGate.

Wu has since worked closely with Twitter’s trust and safety team to improve the platform. She said “it terrifies me" to hear Musk talk about rolling back - if not completely wiping away - these efforts.

“We fought very, very hard to improve the platform for women, for LGBTQ people and people of color,” said Wu, who is white and identifies as bisexual.

But Wu has no plans to leave Twitter, which she - a former candidate for Congress in Massachusetts - relies on for personal and professional relationships. "I’ve developed life-long friends on Twitter. I think it’s really sad that to get that human connection I’m going to have to deal with harassment again that damages and deadens your humanity.”

Not everyone is dead set on staying. Comic book writer Kelly Sue DeConnick, who has faced harassment as an advocate for gender equity in the entertainment industry, said she'll wait to see what changes Musk makes before deciding.

“If this just becomes a place where people scream at each other and call each other names and wish one another ill, I’m out,” DeConnick said.

Bridget Todd, a spokeswoman for UltraViolet, an organization that advocates against discrimination in all forms, said that even though Twitter has managed to reduce harassment on its platform in recent years, she doesn't use it as much as she once did.

Todd said she is deeply worried about Musk guiding the company to eliminate the protections it does have - which she considers inadequate. But she doesn't intend to leave the platform.

“Our voices are so powerful on platforms like Twitter,” she said. “I don’t necessarily think that this signals the end of that, because I know our voices can really endure.”

“It is never good when a single billionaire who purposely conflates freedom to harm with freedom of speech controls one of the (largest) social media platforms in the world,” Feeney said. “We’ve spent years pushing Twitter to implement policies we think have made the platform better. It’s alarming that with a flip of a switch those could be rolled back."

Harassment on Twitter also spills over into the real world, and it highlights just how much victims sometimes are forced to put up with.

Bracey Sherman says people have placed stickers of racist symbols, including swastikas and monkeys, on her potted plants and the front door of her home. It is why she bristles at those who extol limitless free speech, and who suggest she should just toughen up and ignore it.