Trump Impeachment Trial to Focus on His Attacks on Election

President Donald Trump’s historic second impeachment could go to trial as soon as Inauguration Day, with U.S. senators serving not only as jurors but as shaken personal witnesses and victims of the deadly siege of the Capitol by a mob of his supporters.

Trump is the only president to be twice impeached, and the first to be prosecuted as he leaves the White House, an ever-more-extraordinary end to the defeated president’s tenure.

In pursuing conviction, House impeachment managers said Thursday they will be making the case that Trump’s incendiary rhetoric hours before the bloody attack on the Capitol was not isolated, but rather part of an escalating campaign to overturn the November election results. It culminated, they will argue, in the Republican president's rally cry to “fight like hell” as Congress was tallying the Electoral College votes to confirm he'd lost to Democrat Joe Biden.

The trial could begin shortly after Biden takes the oath of office next Wednesday, but some Democrats are pushing for a later trial to give him time to set up his administration and work on other priorities. No date has been set. Already National Guard troops flood the city and protect the Capitol amid warnings of more violence ahead of the inaugural. It's a far different picture, due to the COVID-19 pandemic as well as the threats of violence, from the traditional pomp and peaceful transfer of power.

Whenever it starts, the impeachment trial will force a further reckoning for the Republican Party and the senators who largely stood by Trump throughout his presidency and allowed him to spread false attacks against the 2020 election. Last week's assault angered lawmakers, stunned the nation and flashed unsettling imagery around the globe, the most serious breach of the Capitol since the War of 1812, and the worst by home-grown intruders.

“The only path to any reunification of this broken and divided country is by shining a light on the truth,” said Rep. Madeleine Dean, D-Pa., who will serve as an impeachment manager.

After the House voted 232-197 in favor of impeaching President Donald Trump over “incitement of insurrection,” House Speaker Nancy Pelosi, D-Calif. signed the articles of impeachment during an engrossment ceremony. The impeachment comes exactly one week after domestic terrorists stormed the U.S. Capitol building, hoping to overturn the results of the presidential election.

“That’s what the trial in the Senate will be about," she told The Associated Press on Thursday.

Trump was impeached Wednesday by the House on a single charge, incitement of insurrection, in lightning-quick proceedings just a week after after the siege. Ten Republicans joined all Democrats in the 232-197 vote to impeach.

Senate Republican leader Mitch McConnell is open to considering impeachment, having told associates he is done with Trump, but he has not signaled how he would vote. McConnell continues to hold great sway in his party, even though convening the trial next week could be among his last acts as majority leader as Democrats prepare to take control of the Senate.

No president has ever been convicted in the Senate, and it would take a two-thirds vote against Trump, an extremely high hurdle. Two new senators from Georgia, both Democrats, are to be sworn in, leaving the chamber divided 50-50. That will tip the majority to the Democrats once Kamala Harris takes office. The vice president is the tie breaker. 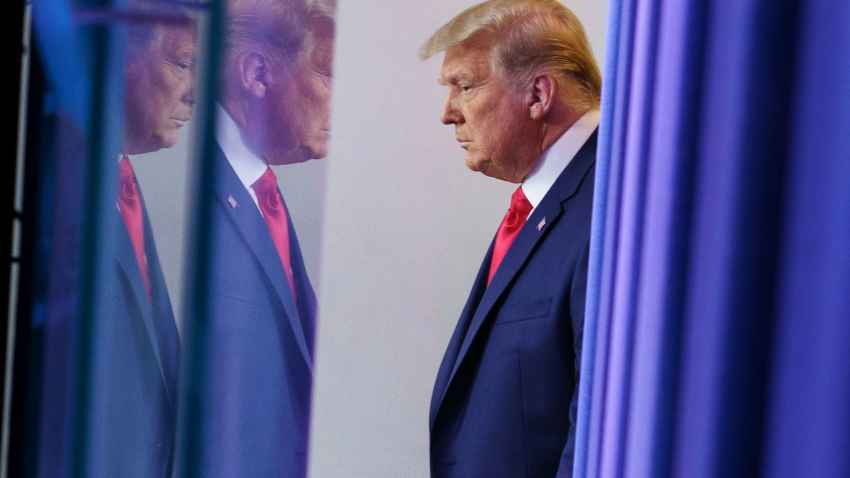 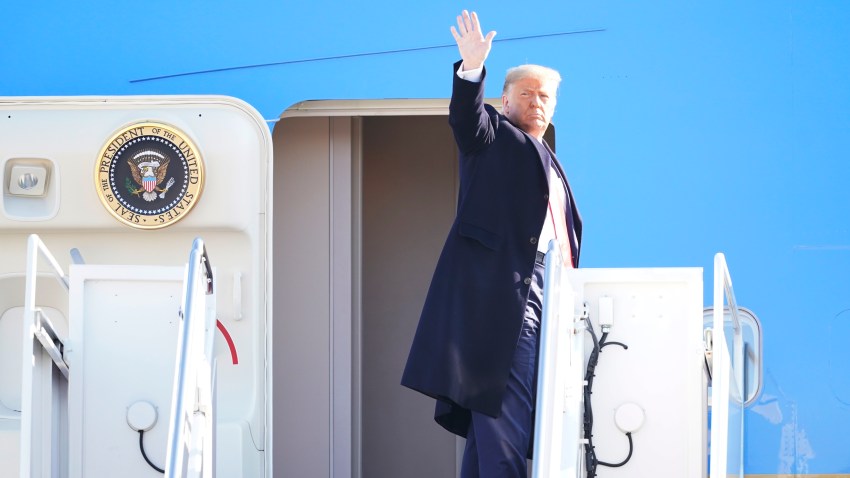 But conviction of Trump is not out of the realm of possibility, especially as corporations and wealthy political donors distance themselves from his brand of politics and the Republicans who stood by his attempt to overturn the election.

Sen. Lisa Murkowski, R-Alaska, said Thursday, “Such unlawful actions cannot go without consequence.” She said in a statement that the House responded “appropriately” with impeachment and she will consider the trial arguments.

At least four Republican senators have publicly expressed concerns about Trump’s actions, but others have signaled their preference to move on. Sen. Tom Cotton, R-Ark., issued a statement saying he opposes impeachment against a president who has left office. Trump ally Lindsey Graham of South Carolina is building support for an alternative of launching a commission to investigate the siege.

Ahead of opening arguments, Democratic Rep. Eric Swalwell of California, another impeachment manager, suggested senators will be asked to focus on their own experiences the day of the attack.

“You don’t have to tell anyone who was in the building twice what it was like to be terrorized,” Swalwell said.

Capitol police were underprepared and officers were poorly led when protesters breached the U.S. Capitol, says Former FBI Deputy Assistant Director Danny Coulson. He explains to LX News the security measures that should have been in place prior to the Capitol riots such as undercover planning and scenario training.

The riot delayed the tally of Electoral College votes that was the last step in finalizing Biden’s victory as lawmakers fled for shelter and police, guns drawn, barricaded the doors to the House chamber.

A Capitol Police officer died from injuries suffered in the attack, and police shot and killed a woman. Three other people died in what authorities said were medical emergencies.

Under Senate procedure, the trial is to start soon after the House delivers the article of impeachment. The soonest the calendar has senators back in session is Tuesday.

House Speaker Nancy Pelosi has not said when she will take the crucial next step to transmit the impeachment article to the Senate. After Trump’s first impeachment, in 2019, she withheld the articles for some time to set the stage for the Senate action.

Biden has said the Senate should be able this time to split its work, starting the trial and working on his priorities, including swift confirmation of his Cabinet nominees.

On Inauguration Day, the Senate typically confirms some of the new president’s Cabinet, particularly national security officials. Biden’s choice of Avril Haines as director of national intelligence will have a hearing Friday by the Senate Intelligence Committee.

“We are working with Republicans to try to find a path forward,” said Senate Democratic leader Chuck Schumer’s office.

Biden ally Sen. Chris Coons, D-Del., said the tension among Democrats is over moving ahead quickly on impeachment or focusing on the president-elect's other priorities. “We are balancing,” he said on CNN.

President Trump was impeached for the second time just days before President-elect Joe Biden will take office. Looking ahead, there is no historical precedent for what it means to put a president on trial in the U.S. Senate after he's left the White House. William Howell, a professor of American politics at the University of Chicago, joined LX News to break down what an impeachment trial could look like and how it will affect the incoming Biden administration.

Holed up at the White House, watching the impeachment proceedings on TV, Trump released a video statement late Wednesday in which he appealed to his supporters to refrain from any further violence or disruption of Biden’s inauguration.

“Mob violence goes against everything I believe in and everything our movement stands for," Trump said.

He was first impeached by the House in 2019 over his dealings with Ukraine, but the Senate voted in 2020 to acquit.

In making a case for the “high crimes and misdemeanors” demanded in the Constitution, the four-page impeachment resolution relies on Trump’s own language spreading falsehoods about the election. It also seeks to prevent him from ever holding public office again.

Judges across the country, including some nominated by Trump, have repeatedly dismissed cases challenging the election results, and former Attorney General William Barr, a Trump ally, has said there was no sign of widespread fraud.

While some have questioned impeaching the president so close to the end of his term, there is precedent. In 1876, during the Ulysses Grant administration, War Secretary William Belknap was impeached by the House the day he resigned, and the Senate convened a trial months later. He was acquitted.

Republican Rep. Jaime Herrera Beutler, R-Wash., said Wednesday that she supports impeaching President Donald Trump. “My vote to impeach our sitting president is not a fear-based decision,” said Herrera Beutler. "I am not choosing a side. I’m choosing truth. It’s the only way to defeat fear.”
Copyright AP - Associated Press