IT'S BIDEN'S NOMINATION TO LOSE

Biden has become the reliable Buick of this race.

His momentum accelerated as he broadened his delegate lead over Sanders with a series of decisive victories. The former vice president's solid win in Michigan came in a state Sanders was depending on both to bolster his case going forward and for the practical delegate math involved. He came into the day about 96 delegates behind Biden, and Michigan was his best shot at preventing that lead from getting any wider. (Democrats require 1,991 delegates for nomination.)

As it is, Sanders lost a big state where his upset of Hillary Clinton four years ago gave him reason to continue his presidential bid through the end the nominating calendar in June. This time, the first round of voting after Super Tuesday ended the same way as last week's surprise outcome: with a Biden celebration and an increasingly steep climb for Sanders. 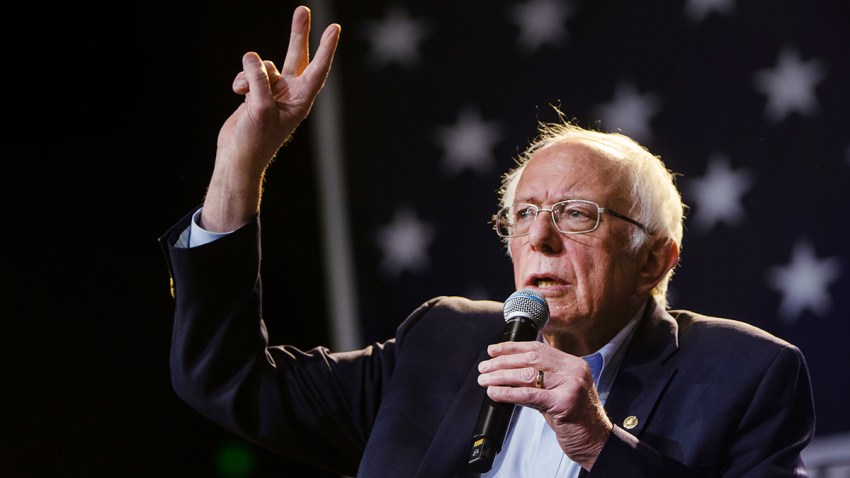 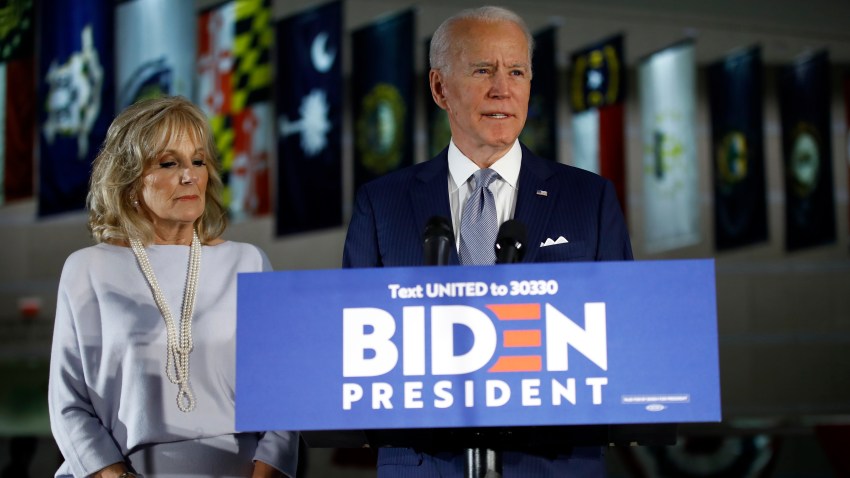 Biden isn't just leaning on his base of African Americans. AP VoteCast surveys in Michigan and Missouri also show he topped Sanders in suburbs and, notably, across small-town and rural counties, where Sanders had led Clinton in 2016.

"We need you, we want you, and there’s a place in our campaign for each of you," Biden said Tuesday night. "I want to thank Bernie Sanders and his supporters for their tireless energy and their passion. We share a common goal, and together we’ll beat Donald Trump."

Sanders' bad March can be explained this way: Biden's net delegate gains out of Alabama last week and Mississippi on Tuesday — two Republican-dominated states — essentially cancel out the delegate advantage that Sanders pulled out of California, which has the largest delegate trove.

DOES BERNIE HAVE A PATH OR A PROTEST?

Sanders stayed in the race until June four years ago, fueled in no small part by his Michigan primary victory. This time, the path going forward looks much different.

Democratic presidential candidate Sen. Bernie Sanders, I-Vt., addressed the media on Wednesday to talk about what he is looking for from his campaign following Super Tuesday.

The Vermont senator faces a fraught choice. Does he try something new: going after Biden even more aggressively as an establishment figure, a relative foreign policy hawk, a budget centrist who threatens Social Security? There's little evidence over the last two weeks that any of that would change the fundamentals of the contest.

Another option: Sanders can continue advocating for the issues that his supporters hold dear, like “Medicare for All” and free college, not explicitly ceding the nomination but using his base to pressure a Biden-led party to move as far left as possible.

He was back at his home in Vermont Tuesday night.

It can't be emphasized enough. Black voters are as crucial for picking Democratic nominees as any demographic in the party's coalition.

And Sanders just can't get over the hump. It happened again in Mississippi on Tuesday, just like Southern Super Tuesday states last week and South Carolina before that. According to AP VoteCast, two-thirds of Mississippi's Democratic primary voters were African American; three-quarters of them supported Biden.

Seth Meyers takes a closer look at Joe Biden’s big win on Super Tuesday, which put him in a tight race with Bernie Sanders for the Democratic nomination.

The reality remains: Sanders has not made enough inroads in that critical Democratic constituency to have a clear path to becoming the nominee.

BIDEN HAS AN EDGE ON SANDERS' BIGGEST ISSUE

Sanders has made universal health care his main policy focus. But when it comes to whom people trust on health care, voters on Tuesday were somewhat more comfortable with Biden.

When asked who would best be able to handle health care as president, 41% of Michigan voters said they preferred Biden, according to AP VoteCast. Just 31% liked Sanders. Biden also led on health care in Mississippi, while Missouri was evenly split between both of them.

Biden and Sanders cancelled campaign rallies because of the spread of coronavirus, a rare example of an external event bringing a presidential race to a temporary halt. Both men had planned to address supporters Tuesday night at watch parties, but cited public health warnings. And their plans going forward are up in the air.

As former Vice President Joe Biden swept to victory on Super Tuesday, he told supporters at a California rally his campaign was "very much alive" and that he would send "Donald Trump packing."

Their debate scheduled for Sunday in Arizona is still on, but will not have an audience as previously planned.

That likely affects Sanders more, since the Vermont senator, much like President Donald Trump, campaigns as a populist who addresses large rallies with thousands of supporters. But Biden has just started to draw large crowds as well.

At the least, Biden and Sanders now have plenty of money to continue television and social media advertising in coming primary states. They will need it for a lineup of states that includes Illinois, Ohio, Florida and Arizona.