Suu Kyi was detained Monday along with other senior politicians when the military staged a coup the day the newly elected Parliament was supposed to open its session. Party officials say she has not been moved from her residence, where she was being held under house arrest.

The charges against Suu Kyi appear to carry a maximum sentence of two years in prison. The charge sheets indicate the unregistered walkie-talkies were for use by Suu Kyi’s bodyguards.

Police and court officials in the capital Naypyitaw could not immediately be contacted.

The coup was a dramatic backslide for Myanmar, which had been making progress toward democracy, and highlighted the extent to which the generals have ultimately maintained control in in the Southeast Asian country.

The takeover also marked a shocking fall from power for Suu Kyi, a Nobel Peace Prize laureate who had lived under house arrest for years as she tried to push her country toward democracy and then became its de facto leader after her party won elections in 2015.

Suu Kyi had been a fierce critic of the army during her years in detention. But after her shift from democracy icon to politician, she worked with the generals and even defended their crackdown on Rohingya Muslims, damaging her international reputation.

The military has announced it will hold power under a state of emergency for a year, and then hold elections whose winner will take over government.

Suu Kyi’s party has called for non-violent resistance to the military takeover, and on Tuesday night, scores of people in Yangon, Myanmar’s largest city, honked car horns and banged on pots and pans in a noise protest called by activists. They included shouts wishing Suu Kyi good health and calling for freedom.

Supporters of the military have also staged demonstrations, attracting as many as 3,000 people to a Tuesday rally. 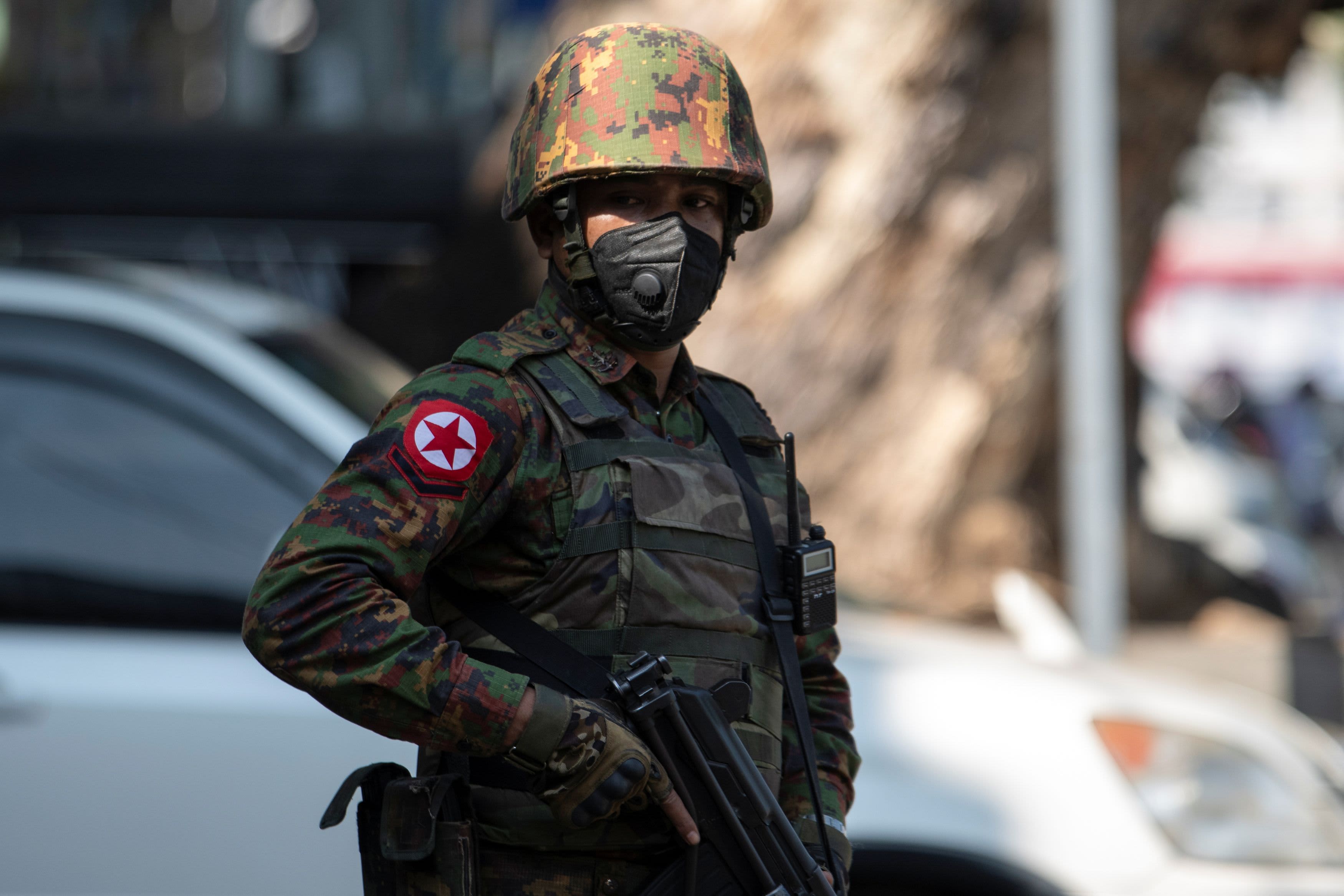 Myanmar Coup Tests Biden's Ability to Work With Allies in Asia, Where China's Influence Is Growing

The military has said one of its reasons for ousting the elected civilian government was because it failed to properly investigate its allegations of electoral irregularities. The state Union Election Commission has said there were no significant problems with the vote.

In the November 2020 election, Suu Kyi’s party captured 396 out of 476 seats contested in the lower and upper houses of Parliament. The main opposition party, the military-backed Union Solidarity and Development Party, won only 33 seats.

The military, known as the Tatmadaw, is automatically allocated 25% of the seats in the combined houses under the 2008 Constitution that was drafted under a previous military government.

The state newspaper reported that Min Aung Hlaing told Cabinet members that a new Union Election Commission, with what he described as independent and unbiased personnel, “would examine the voting data to find correct results, and actions would be taken accordingly in the process.” He said voter lists would be scrutinized against family household registrations.

Myanmar has confirmed more than 140,600 cases including some 3,100 deaths. Its health care infrastructure is one of the weakest in Asia, according to U.N. surveys.

A statement issued Wednesday in the name of the executive members of Suu Kyi’s party said that authorities began raiding the party’s offices in Mandalay and other states and regions on Tuesday and seized documents and laptop computers.

The statement on the Facebook page of party spokesman Kyi Toe said locks were broken at several offices. It denounced the raids as illegal and demanded that they stop.

The takeover presents a test for the international community. U.S. President Joe Biden called the military’s actions “a direct assault on the country’s transition to democracy and the rule of law” and threatened new sanctions. The U.N. Security Council held an emergency meeting Tuesday but took no action.

The foreign ministers of the Group of 7 leading industrial nations on Wednesday issued a statement calling for Suu Kyi and others to be released, the state of emergency to be scrapped and power restored to the democratically elected government. It also expressed concern about restrictions on information, an apparent reference to cuts to phone and internet service on Monday.

“We stand with the people of Myanmar who want to see a democratic future,” it said. The group comprises the United States. Canada, France, Germany, Italy, Japan and the United Kingdom, along with the European Union.