A 27-vehicle crash involving trucks and cars during a whiteout from a snow squall injured 24 people and snarled traffic on a busy eastern Pennsylvania highway Wednesday afternoon.

The crash blocked all lanes of U.S. Route 222 southbound in Wyomissing, Berks County, between the U.S. Route 422 westbound and Lebanon/Penn Ave-West Exit and Pennsylvania Route 724 - Sinking Spring/Shillington Exit around 1:25 p.m.

A Level 2 Mass Casualty Incident was declared meaning up to 25 people may have been hurt, Berks County dispatchers said. 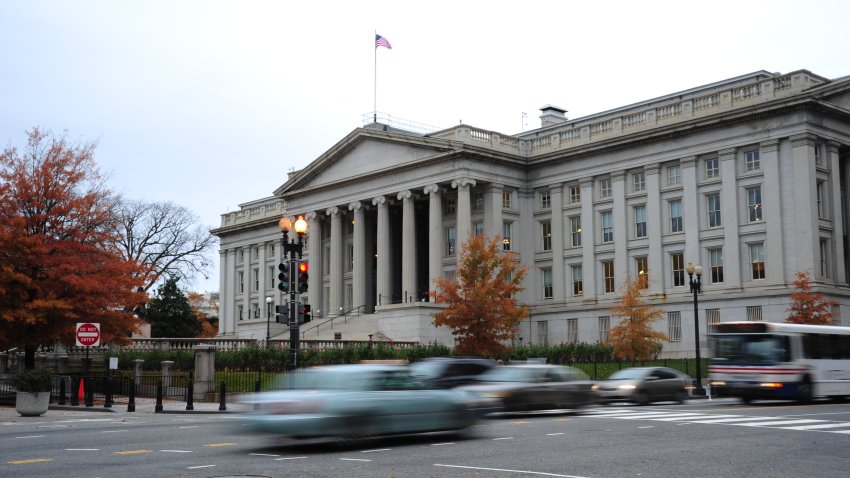 Ultimately, police determined a total of 24 people reported injuries. Of the victims, 15 were evaluated at the scene, nine were taken to Reading Hospital and eight were taken to the Spring Township fire station on Monroe Avenue in West Lawn where they reunited with their family members.

Of the nine people who were hospitalized, two of them were critically injured.

A snow squall caused whiteout conditions at the time of the crash, PennDOT spokesman Ron Young said. Snow could be seen on the roadway after the wreck.

The snow squall that caused the crash comes on the heels of record-breaking cold weather across America's Midwest, which sent parts of the country into sub-zero temperatures colder than Antarctica.

Video posted to the Reading Eagle's Facebook page showed at least two vehicles off the road and a jackknifed tractor-trailer at the front of what appeared to be a chain reaction with the big rig in the front.

This wasn't the only whiteout crash on an area highway Wednesday afternoon. Fourteen cars and trucks crashed into one another in chain reaction along Interstate 78 westbound in Windsor Township, Berks County as heavy snow fell, Pennsylvania State Police said. Three people suffered minor injuries and the interstate was closed for about four hours.