CAPE CANAVERAL, Fla. (AP) — NASA's new Orion spacecraft is streaking toward orbit this morning on a high-stakes test flight meant to usher in a new era of human exploration leading ultimately to Mars.

The unmanned orbital journey began with a sunrise liftoff at Cape Canaveral, Florida. Parts of the spacecraft peeled away exactly as planned, falling back toward Earth as onboard cameras provided stunning views of our blue, cloud-covered planet.

Orion's debut will be brief — just 4½ hours from launch to splashdown, with two orbits of Earth.

But for the first time in 42 years, NASA is sending a spacecraft built for humans farther than a couple hundred miles from Earth. The previous time was the Apollo 17 moon shot.

US hiring was likely solid for 10th straight month

WASHINGTON (AP) — If the predictions are right, today's jobs data from the government will be another upbeat step in the U.S. economic recovery.

It would be the 10th straight month of job gains above 200,000 and the latest sign that the United States is outshining other struggling economies.

NEW YORK (AP) —There's been a second night of protests in New York City against a grand jury's decision not to indict a city police officer in the chokehold death of a man officers were trying to arrest for selling untaxed cigarettes.

Thousands of demonstrators gathered in downtown Manhattan before marching across the Brooklyn Bridge, carrying replicas of coffins.

In addition to other locations, they protested Thursday night in Times Square, where a number of them were arrested.

But they say two former Christie aides, Bridget Anne Kelly and David Wildstein, acted with "perceived impunity" and with little regard for public safety when they ordered the lanes closed.

Documents released earlier this year showed that Wildstein, who at the time was an official at the Port Authority of New York and New Jersey, and Kelly, then an aide to Christie, orchestrated the shutdown, apparently as retribution toward Fort Lee's Democratic mayor. In one email, Kelly told Wildstein, "Time for some traffic problems in Fort Lee."

The joint legislative panel's 136-page interim report was obtained by reporters Thursday night and is expected to be released to the public on Monday.

Although death squads have long been known to operate in Kenya, more than a dozen interviews with victims, police, lawyers, activists and analysts suggest a big share of the violence is also being carried out by ordinary beat cops. Evidence examined by AP suggests they are almost never punished.

Leslie Lefkow, deputy director of Human Rights Watch's Africa Division, says, "The broader picture here is one of utter impunity. She says she fears that extrajudicial killings will only worsen.

Reports: At least 17 die in migrant ship off Libya

ROME (AP) — Italian news reports say rescue crews have discovered some 17 bodies in the hull of a migrant ship off Libya in the first reported deaths since the European Union took over Mediterranean rescue operations.

Italian Foreign Minister Paolo Gentiloni told reporters Friday that the boat was found some 150 miles off the Italian island of Lampedusa, 40 miles from the Libyan capital of Tripoli. The ANSA news agency said 17 bodies were found in the hull.

MOSCOW (AP) — Russia's main investigative agency has announced the conviction and sentencing of four men accused of involvement in twin suicide bombings in Volgograd a year ago.

The bombings of a train station and an electric trolleybus in the southern city killed 34 people and heightened security fears ahead of the 2014 Sochi Winter Olympics.

The Investigative Committee says a Volgograd court has found two men guilty of complicity in terrorism for sheltering the suicide bombers as they prepared the explosives, and sentenced them to 19 years in prison.

The federal agency said two other men who transported the suicide bombers to Volgograd were sentenced to five years and 10 months.

All four are from Dagestan, a republic in Russia's North Caucasus that is the center of an Islamic insurgency.

PRIJEPOLJE, Serbia (AP) — Police in Serbia and Bosnia have arrested 15 people in a wartime massacre that traumatized the Balkans and came to symbolize a culture of impunity that still shields notorious death squads and their masters.

Prosecutors from Serbia and Bosnia tell The Associated Press they have jointly cracked the case of the 1993 Strpci (SHTERP'-tsee) massacre, in which 19 men were snatched off a train.

Officers carried out a pre-dawn sweep Friday that netted 15 suspects, including the brother of a feared warlord who is already in jail, ex-militia members and a former Bosnian Serb general.

The question now is whether the suspects will point to the men above them who ordered the killings, investigators say. The AP gained exclusive access to investigative documents in the case.

JOHANNESBURG (AP) — South Africans are marking the anniversary of the death of Nelson Mandela. The former statesman died Dec. 5 last year after a long illness at the age of 95.

Speaking at a formal ceremony today in the capital Pretoria, Mandela's widow Graca Machel (GRAH'-shah mah-SHEL') said the former president was at peace when he died.

The ceremony held at the foot of a bronze statue of the Nobel laureate was attended by the Mandela family, his close friend and fellow Robben Island prison inmate Ahmed Kathrada and his lawyer George Bizos.

The ceremony was followed by an interfaith service at Freedom Park, an open-air memorial, also in Pretoria.

Commemoration ceremonies are being held around the country, including at Mandela's ancestral home in Qunu, in the country's Eastern Cape Province.

3 indictments against SC officers in past 4 months

EUTAWVILLE, S.C. (AP) — As communities around the nation protest decisions not to charge officers who've injured or killed suspects, South Carolina prosecutors have obtained indictments against three white officers for on-duty shootings of unarmed black men in the past four months.

The latest indictment came Wednesday as a white former police chief and at the time the only officer in the small town of Eutawville (YOO'-tah-vihl) was charged in the 2011 shooting death of an unarmed black man after an argument.

Richard Combs' lawyer says he acted in self-defense because he feared for his life.

TOKYO (AP) — Mazda has expanded its recall in the U.S. for Takata air bags that may explode, the latest in the recall debacle that has grown to 14 million vehicles globally.

Mazda Motor Corp. has announced the expansion in the U.S. to a wider area for high-temperature, high-humidity regions to include the Gulf Coast states.

But it stopped short of calling for a nationwide recall, as the U.S. National Highway Traffic Safety Administration is demanding.

The expansion doubles the number of vehicles involved to about 86,000, according to Misato Kobayashi, a Mazda spokeswoman in Tokyo.

Japanese supplier Takata is under fire for its air bags whose inflators can explode, hurling shrapnel into the passenger compartment. At least five deaths and dozens of injuries have been linked to the problem worldwide.

MISSOULA, Mont. (AP) — Two Montana teenagers say they're the ones who stole items from the garage of a man charged with killing a German exchange student caught in his garage weeks later.

The 17- and 18-year-old boys testified at the trial of homeowner Markus Kaarma Thursday that they went "garage hopping," or burglarizing garages, in search of alcohol and other things after dark and hit Kaarma's house.

Kaarma is accused of luring the exchange student into his garage by leaving the door partially open. He's charged with intentional homicide.

NEW YORK (AP) — Among the roughly 5 million visitors expected in New York this holiday season, at least two are certain to get the royal treatment: Britain's Prince William and his wife, Kate.

Properly known as the Duke and Duchess of Cambridge, they're due to arrive Sunday for the first trip either has made to the United States' biggest city. William also is set to visit the nation's capital for the first time.

Kate is expecting their second child in April, but the royals' schedule is packed with plans. They'll pay respects at the National Sept. 11 Memorial and Museum and take in a Cleveland Cavaliers-Brooklyn Nets game. 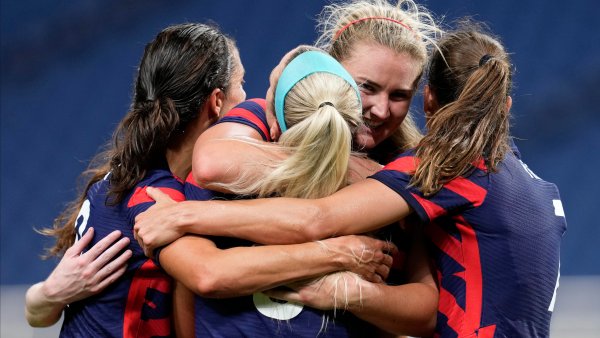