U.S. Sen. Bob Casey, in an exclusive interview with NBC10, said the current Republican proposal would "decimate the program." Advocates for special needs children in schools and medical fields say services for the most disabled Americans are in jeopardy.

Twenty-three years after a psychologist first diagnosed Ben Rzucidlo with severe infantile autism, his mother Susan still remembers the heart-breaking prognosis as if she heard it yesterday.

Now, she and thousands of other parents of children with special needs who receive wide-ranging treatment and therapies through the federal program face a worrisome future as the Republican-controlled Congress pushes forth major health care reforms.

A proposal passed by two House committees last week includes an overhaul of Medicaid both in funding and in formula. It would trim $880 billion over the next decade by ending Obamacare’s Medicaid expansion, and converting the federal program’s payments to the states from reimbursement-based to a capped annual amount based on current average individual expenses.

Health advocates and Democratic lawmakers say that all Medicaid recipients, including children with the most severe physical and mental disabilities, are at risk of losing often costly and extensive services. 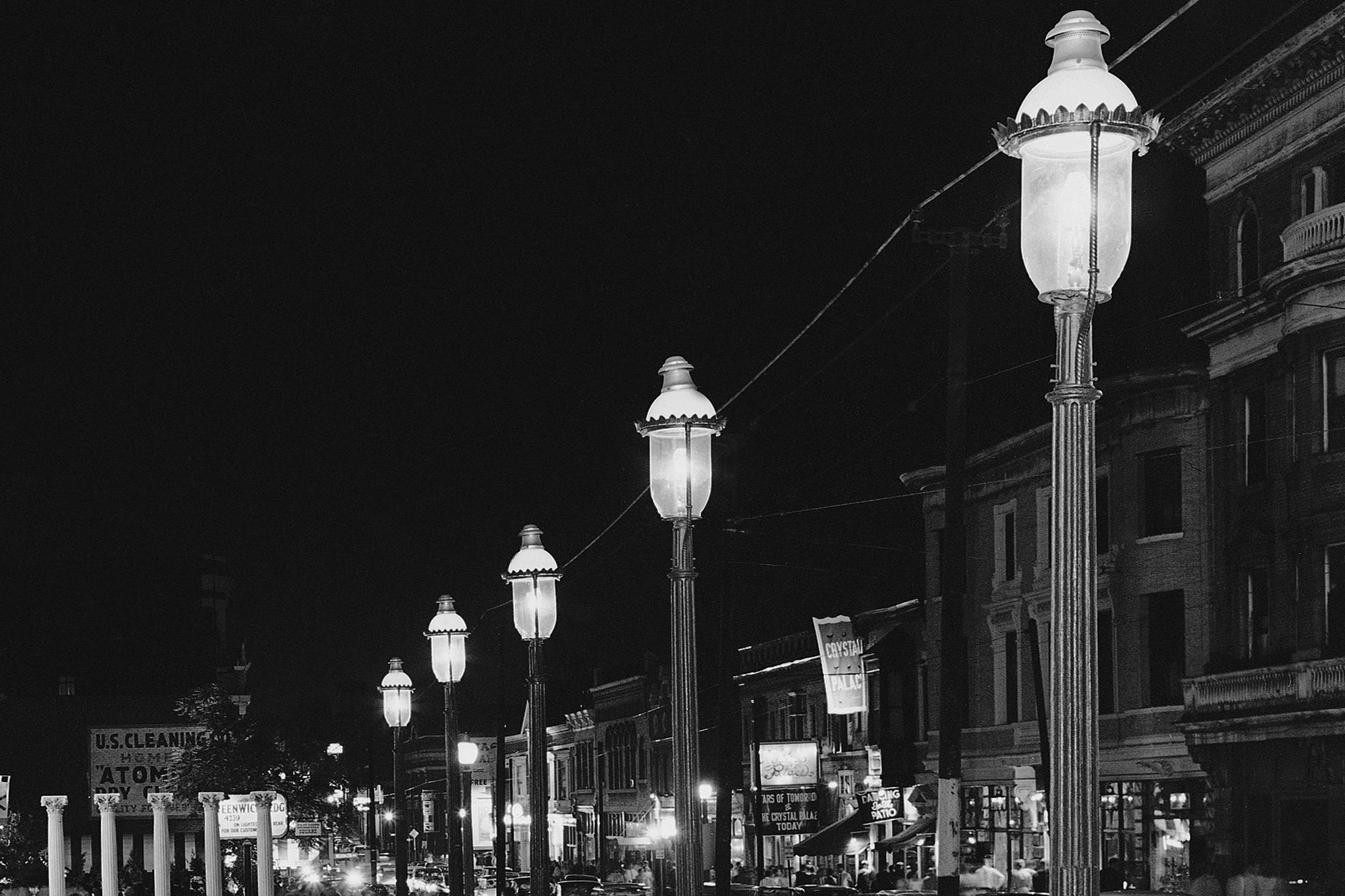 Pennsylvania’s Democratic U.S. senator described the healthcare reform proposals from the Republican-controlled Congress as “devastating” to older Americans and adults and children with disabilities. He said the proposal to overhaul healthcare is a “transfer” of wealth and resources to the wealthy over the next decade. “It’s a several hundred billion dollar transfer, and it’s unacceptable and we have to stop...

“They give it all this benign terminology: ‘Flexibility.’ Block grant.’ Doesn’t block grant sound nice? You’re giving this big grant. It all sounds so benign,” Casey said at his Center City office. “But it’ll decimate the program.”

Medicaid, which last year was roughly $575 billion, has long been a target for Republican downsizing, Casey said.

“There is a basic far-right philosophy that is no longer on the ascendancy -- it is driving the bus -- which is the federal government should be basically about the business of national defense and a few other things,” he said. “I think a lot of people don’t know how dependent and how important Medicaid is to people’s lives, even a lot of people who voted for the president by the way.”

Gabrielle Kaplan-Mayer, a part-time writer and director of a non-profit said her family’s middle-class life relies on Medicaid. Her son, George, is a 14-year-old with autism and intellectual disabilities who is able to attend a special needs school in Lansdale thanks to the federal program. The cost of the school as well as his busing each day to and from their Elkins Park home is paid for through the Cheltenham School District, which is reimbursed by Medicaid.

“Even though we’re a middle-class family, we require Medicaid to help pay for all of his services, and we know that we will need it when he is an adult to help pay for housing and therapeutic supports,” Kaplan-Mayer said.

Like so many parents with dependent children, she now worries his son’s future is in jeopardy.

“Our country has made wonderful progress in how we care for people with disabilities in the last 30 years,” she said. “The Medicaid block grants could turn that progress backwards.”

Many advocates in the medical and educational fields agree. The PolicyLab of the Children’s Hospital of Philadelphia Research Institute wrote in an analysis last week that “current proposals to simultaneously repeal the Affordable Care Act (ACA) and reform the federal Medicaid program would be devastating to children and young adults with disabilities and complex medical needs.”

The PolicyLab estimates that caps based on the average annual cost for a child eligible for Medicaid “may leave insufficient funding for medically complex children whose health care costs are significantly higher than those of other children.”

The federal funding, according to Dr. Sophia Jan of CHOP, provides for smarter spending on special needs, including in-home and in-school treatment.

“Having the nurses in the home not only allows children to interact with community settings and socialize instead of being institutionalized but also allows parents to work,” Jan said. “(And) the cost for providing services in community-based settings instead of institutional settings is much cheaper.”

If Medicaid shrinks to levels that do not sufficiently cover costs for those often defined as traditional recipients -- children and adults with special needs, the elderly and the poor -- states would be left to pick up the difference.

Most, however, don't see a scenario in which states could afford to fill a hole in Medicaid funding.

U.S. Rep. Ryan Costello, a Republican from West Chester, Pennsylvania, was on one of the two House committees that last week approved sending the Medicaid overhaul to the full House for debate.

Discussion on Medicaid, as well of Republicans’ overall health care reform bill called the American Health Care Act, is expected to take the next two or three weeks before a version is sent to the Senate.

Costello said he does not favor any cuts in funding or services to traditional Medicaid. The target for cuts, instead, is the program’s expansion through Obamacare, which he said would explode to $1 trillion by 2026.

“When states face budget crunches in coming years, I don’t want special needs children, the aged, the blind, to be waiting in long lines competing for aid,” Costello said.

The Republican proposal, he argued, would halt the expansion, which through the Affordable Care Act now covers health care costs for American households making up to 138 percent of the poverty line.

“The GOP plan takes the expansion population and instead gives them a tax credit,” Costello said.

In that scenario, a Medicaid-reimbursed program like Pennsylvania's ACCESS that school districts use for special needs services “not only persists, but from a funding perspective, doesn’t have to compete” with expansion costs, Costello said.

It remains unclear how -- or why -- funding for those covered by Medicaid expansion will be interwoven with traditional recipients in any legislation that gets sent to the Senate for consideration.

Casey, who voted for the ACA in his first term, believes that Republicans are still grappling with the challenge of “co-mingling good health care policy, right-wing policy, and promises they’ve made.”

"It’s like running after a car and they never thought they’d catch it,” he said of the years that GOP congressional leaders have pushed to repeal the ACA. “But in this case the dog, figuratively speaking, I’m not saying Republicans are dogs, but the dog caught the car. And they’ve had to throw it together pretty quickly.”

Inside her Avondale, Chester County, home, Lisa Lightner effortlessly pivots from a conversation about Medicaid to opening the door for a milkman to feeding her son, Kevin, 10. In a moment she looks away, Kevin pushes a small bowl of macaroni off the tray of his specialized wheelchair. Now, Mom is cleaning up his mostly uneaten dinner from the floor.

Three friends who live with the same struggle -- running a household and caring for a disabled child -- sit nearby and each testify to Lightner's unique ability to juggle tasks.

"She's unbelievable," one friend, Lynn Thomas Guidetti, says. "I don't know how she does it."

Guidetti is referring to how Lightner also writes an advocacy blog about special needs children and volunteers as a Democratic committeewoman in Chester County.

Lightner then puts into words what she and her friends, Guidetti, Susan Rzucidlo and Laura Boyer, now confront more than ever.

"What will happen to him after I'm gone? This is something I ask myself all the time."

Her son lives with severe forms of epilepsy and intellectual disability. He will depend on his mother and father for the rest of his life.

"Why is all this being done on the backs of our most vulnerable citizens?" Lightner asked.

She and the other women have vowed to fight any legislation that would decrease Medicaid's ability to those most vulnerable Americans. All see the federal program as greatly improving their children's lives.

"All budgets reflect values and if you’re cutting Medicaid, what do you really value?” Rzucidlo said.