Carter works as an NBA analyst for ESPN

Nearly $100,000 in cash was taken in a weekend burglary at the Atlanta home of former NBA player Vince Carter, according to an incident report released Wednesday by Atlanta Police.

Two guns and more than $16,000 was recovered later outside the 10,000-square-foot home in Atlanta's affluent Buckhead neighborhood. Carter told police the recovered money was a small portion of $100,000 in cash he kept in a bag in a closet, the report said.

According to the report, Carter’s wife, Sondi Carter, was in bed with her two sons when she heard loud noises around 11:50 p.m. Sunday. They hid in a closet and she called 911, then texted her neighborhood patrol. A neighborhood patrol officer, who was the first law enforcement to arrive, saw a man fleeing in a black SUV but was unable to catch him, The Atlanta Journal-Constitution reported.

Neither Sondi Carter, nor her children, were hurt, but police said a front window on the main house had been smashed. Outside, officers found “a large amount of $100 bills spilled on the ground,” along with a gold Desert Eagle pistol and a black Glock 26 pistol with an extended magazine, the report said. The Desert Eagle belonged to Carter, but investigators believe the Glock was carried by the suspect, the incident report said.

While in the closet, Carter later told police, she could hear someone rummaging through different rooms upstairs. According to the report, multiple rooms were in disarray and a gate at the top of the stairs had been broken off its hinges.

A real estate listing described the property as a “family compound” with “state of the art home security" that includes 16 closed-circuit security cameras. A fence also appears to encircle the home, including an electronic gate across the driveway. 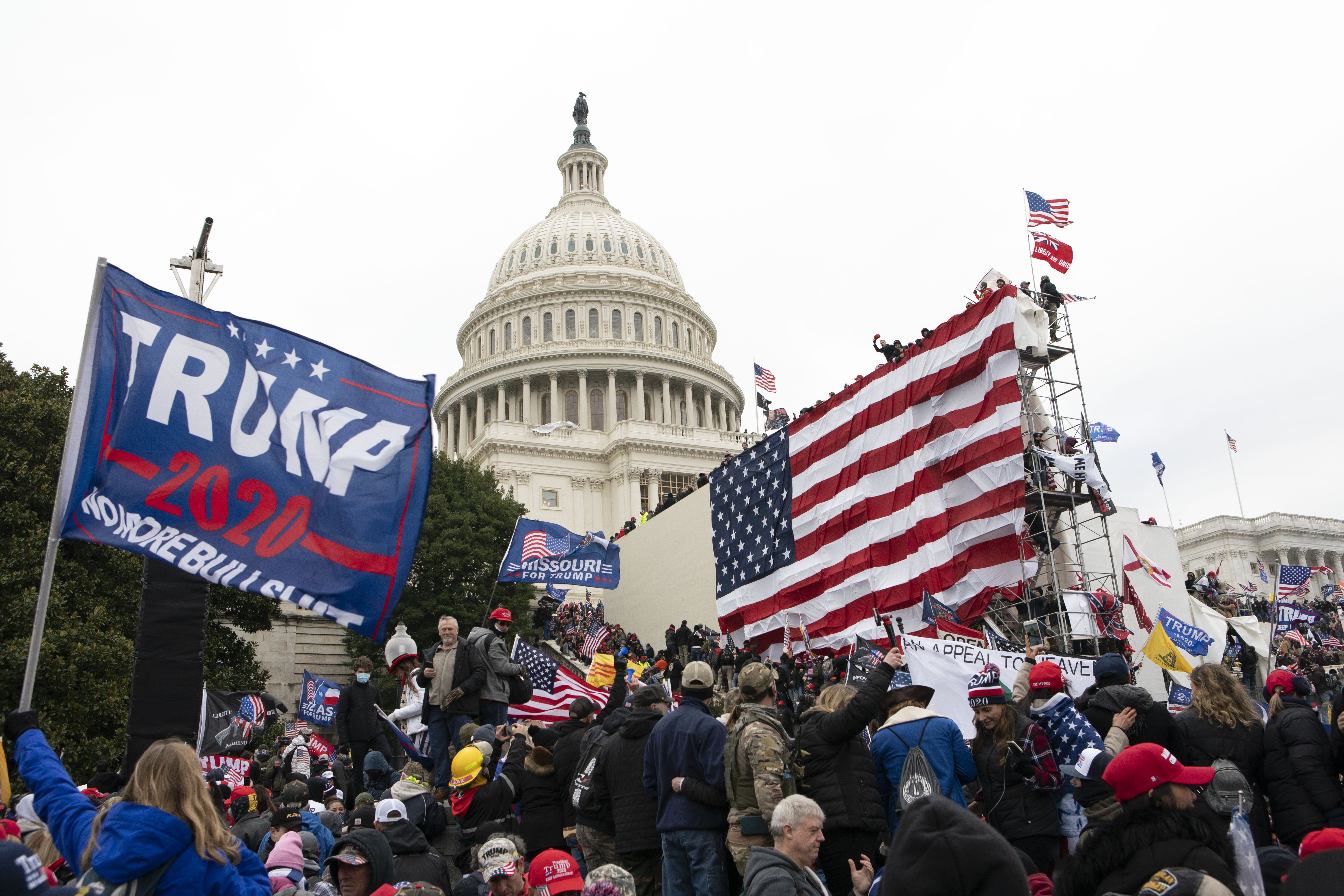 About Half Say Trump Should Be Charged for Role in Capitol Attack: Poll

Police have not publicly identified a suspect, but the incident report said a fingerprint from the suspect was collected from the scene.

Carter, who now works as an NBA analyst for ESPN, has not responded to requests for comment from the newspaper.