With a new modeling job, a movie in the works and her legal troubles seemingly behind her, Lindsay Lohan appears to have turned a corner on her troubles – something dad Michael Lohan hopes stays that way.

"She's going to be in a fashion thing. She has the 'Gotti' movie coming up and I just hope that she stays on the right path," Michael told Access on Monday at the "Celebrity Fight Night" press conference when asked about his headline-making daughter.

"I can't tell her what to do anymore. She's a grown woman. I can just be an example. I'm trying to be as best as I can," Michael, who is squaring off against Kato Kaelin on November 5 at the charity event, continued.

VIEW THE PHOTOS: The Trials & Tribulations Of Lindsay Lohan

"She didn't have plastic surgery. They said the same thing about Lindsay with breast augmentation. She never had that either," he explained.

At Least 10 Dead as Van Carrying Migrants Crashes in Texas 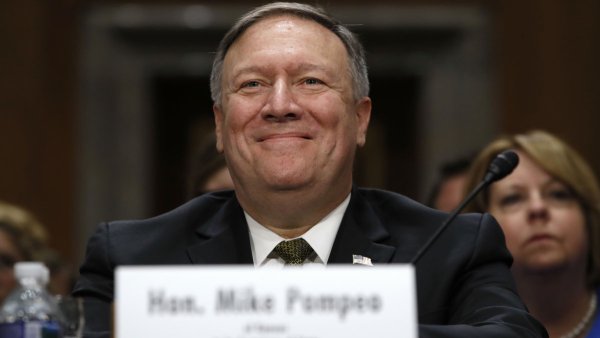 As for his upcoming charity fight, which will be available on FilmOn.com and via Pay-Per-View, Michael said he's ready to put his friendship aside and duke it out.

"I've known Kato for a long time. He's actually a friend, but you know what, when you enter the ring, it kind of all that goes aside," he told Access. "It'll be all right. It's a competition."

VIEW THE PHOTOS: The Lohan Family

Copyright 2011 by NBC Universal, Inc. All rights reserved.
This material may not be published, broadcast, rewritten or redistributed.