Rittenhouse will appear on "Tucker Carlson Tonight" at 7 p.m. Monday

Kyle Rittenhouse publicly spoke about his not guilty verdict Friday after a jury acquitted the now 18-year-old on all counts for fatally shooting two men and injuring a third at protests during unrest in Kenosha.

Fox News Host Tucker Carlson tweeted a video of Rittenhouse sitting inside a vehicle in the hours following the verdict, discussing the jury's decision.

"I believe they came to the correct verdict, and I’m glad everything went well," the teenager said. "It’s been a rough journey, but we made it through it. We made it through the hard part."

Kyle Rittenhouse received a not guilty verdict Friday on all counts in his murder trial, but what's next for the Illinois teen? NBC 5's Phil Rogers reports.

Rittenhouse, who is the subject of a documentary by Carlson set to air in December, will appear on "Tucker Carlson Tonight" at 7 p.m. Monday.

The teenager from Antioch was on trial for killing two men and wounding a third with a rifle during a turbulent night of protests that erupted in Kenosha in the summer of 2020 after a Black man, Jacob Blake, was shot by a white police officer. Rittenhouse said he acted in self-defense, while the prosecution argued he instigated the bloodshed.

The case has become a flashpoint in the U.S. debate over guns, racial-justice protests, vigilantism and law and order.

The jury appeared to be overwhelmingly white. Prospective jurors were not asked to identify their race during the selection process, and the court did not provide a racial breakdown. 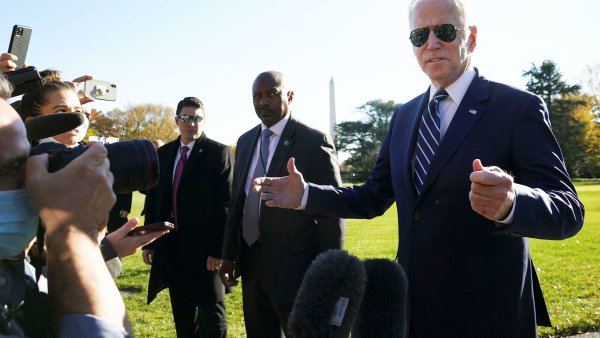 Biden Says He's Angry and Concerned Over Rittenhouse Acquittal for Kenosha Killings, But ‘We Have to Abide by It' Members of Blake's family said "this is a sad day for justice in America," though many experts said the verdict wasn't unexpected.

"I'm not really surprised from a legal basis," said Attorney Thomas Glasgow, a former prosecutor. "When you take all the politics out of this, this was an extremely difficult case for the prosecution."

Rittenhouse was 17 when he went to Kenosha from his home in Antioch in what he said was an effort to protect property from rioters in the days after Blake was shot.

In a fast-moving series of clashes in the streets, Rittenhouse shot and killed Joseph Rosenbaum, 36, and Anthony Huber, 26, and wounded Gaige Grosskreutz, now 28.

During closing arguments Monday, prosecutor Thomas Binger said that Rittenhouse was a “wannabe soldier” who set the deadly chain of events in motion by bringing a rifle to a protest and pointing it at protesters just before he was chased.

On the steps of the Kenosha County Courthouse, people shared a mix of reactions to Kyle Rittenhouse's not guilty verdict in his murder trial. NBC 5's Regina Waldroup reports.

But Rittenhouse lawyer Mark Richards countered that Rittenhouse was ambushed by a “crazy person” — Rosenbaum.

Rittenhouse testified that Rosenbaum chased him down and made a grab for his rifle, causing him to fear the weapon was going to be used against him. His account of Rosenbaum’s behavior was largely corroborated by video and some of the prosecution’s own witnesses.