Kobe Bryant's competitiveness and talent on the basketball court were matched off the court by his humility and compassion. Here are some of the charities and causes the Lakers legend supported.

What would Kobe Bryant accomplish next?

That is the agonizing and forever unanswered question that will be part of what happened on Jan. 26, 2020 when a helicopter carrying nine people, including the Lakers star and his 13--year-old daughter Gianna, crashed on a foggy morning in the northwest Santa Monica Mountains.

His accomplishments on the basketball court during an illustrious 20-year career with the Lakers are the stuff of legend. Five NBA titles, 15 All-NBA selections and a league MVP award are just some of the accomplishments of the NBA's fourth all-time leading scorer. 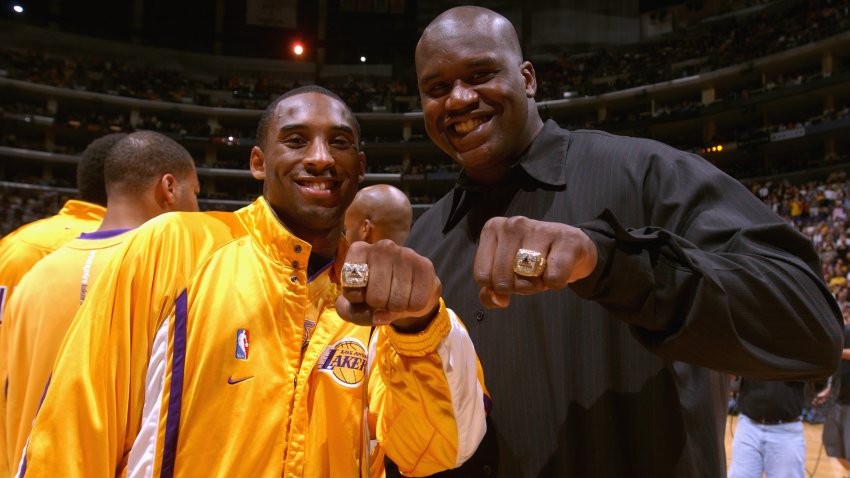 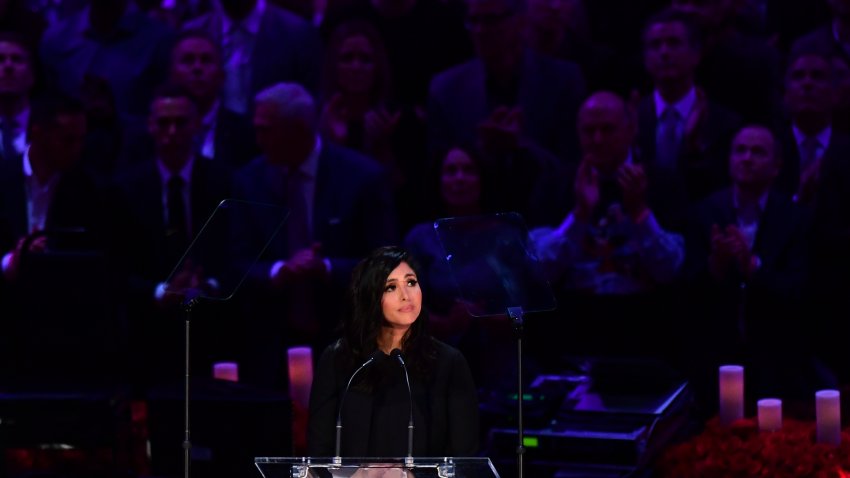 But through his compassion and humility, Bryant was dedicated to making a difference off the court, too.

"Kobe gave every last ounce of himself to whatever he was doing," said Michael Jordan at last February's memorial. "After basketball, he showed his creative side. In retirement, he seemed so happy. He found new passions and continued to give back as a coach to his daughters. More importantly, he was an amazing dad and an amazing husband. He loved his daughters with all his heart."

Below, you’ll find some of the charities and causes that Bryant supported.

This nonprofit organization was founded in honor of Bryant and daughter Gianna — a promising young basketball player often seen sitting next to her dad court-side at Staples Center after he retired. Its mission is to help underserved athletes and young women in sports.

Bryant was honorary chair for the organization’s annual HomeWalk, a run-walk aimed at addressing homelessness in Los Angeles County. Bryant recalled visiting Skid Row and seeing people on the streets of Los Angeles when he would arrive for games at Staples Center -- major reasons why the Kobe and Vanessa Bryant Foundation contributed to efforts to address the issue.

Founded in LA, After School All-Stars works to provide options for young people once the school day ends. Bryant was a celebrity ambassador, as was current Laker LeBron James.

Bryant granted more than 200 wishes during his two decades with the Lakers. The organization grants wishes to children who face life-threatening illnesses.

“Basketball is something that will come and, eventually, go,” Bryant once said. "The beauty in that is using that time to try to inspire others.”

In October, Bryant’s No. 24 jersey that he wore during Game 5 of the 2008 NBA Finals went on display at the museum’s “Sports: Leveling the Playing Field” gallery. Bryant was a founding donor of the museum. The Kobe and Vanessa Bryant Family Foundation contributed at least $1 million to the museum, which opened in 2016.

Click here to view the online version of the exhibit.

Stand Up to Cancer

Bryant was part of the 2012 broadcast that included celebrity star power on a mission to raise money for cancer research. Bryant also personally delivered messages to those facing cancer diagnoses and their family members, like this one in 2013.

Bryant was a spokesman for Aid Still Required, which champions those often left behind following natural disasters.

Step Up on Second

In addition to his work with the United Way's annual HomeWalk, Bryant supported Step Up on Second, which offers services to homeless individuals and those facing mental health issues.

An L.A. program called Step Up on Second is driven by the philosophy that stable housing is the first step to changing the lives of people struggling with chronic homelessness and mental illness. The program, which was supported by Kobe Bryant before his death, operates a motel-turned-shelter that offers full studio apartments to the people it serves. Among those helped by this housing-first approach is 27-year-old Sunnie Walker.

Youth homelessness was a problem that Bryant and wife Vanessa sought to solve through their support of My Friend's Place. At its location in Hollywood, the organization provides a place for homeless youth to drop in and find services -- a resource that was close to Bryant's heart.

“This isn’t a popular topic or a popular issue,” Bryant told ESPN when he visited the center in 2012. “It’s one where you have to get your hands dirty a little bit. It’s not something celebrities easily rally around but this is something that we wanted to change. This something we’re all going to have to fight, it’s going to be a long fight but I’m in it for the long haul.”

Bryant partnered with Nike and Boys & Girls Clubs in Los Angeles to create the Mamba League, a youth basketball league. The eight-week program brought kids together to not only learn the fundamentals of the game Bryant loved, but also how its lessons can apply off the court.