In firing an almost cartoonishly massive intercontinental ballistic missile into space, North Korean leader Kim Jong Un has turned back the clock to the “fire and fury” days of 2017 as he revives nuclear brinkmanship aimed at pressuring the United States to accept his country as a nuclear power and remove crippling sanctions.

This experimental launch is worrying because the weapon is being developed to be armed with nuclear bombs and to threaten Washington, D.C., New York and much of the rest of the world. The North, however, may need more tests — including of nuclear bombs — in coming months as Kim tries to both perfect his technology and get a response from the Biden administration, which is distracted by Russia’s invasion of Ukraine and an intensifying rivalry with China.

Is This Missile a Big Advance?

At around 25 meters (82 feet) long, the Hwasong-17 is by some estimates the world’s largest road-mobile ballistic missile system. North Korea revealed the missile during a military parade in October 2020, and Thursday’s launch from an airport near the capital Pyongyang was its first full-range test.

Kim could be seen in images released by his state media relishing the test's success as he walks past the missile wearing sunglasses and a black leather motorcycle jacket. He leads military officials along the airport’s runway in a scene reminiscent of a Hollywood action movie, at one point whipping his shades off to stare at the camera.

North Korea last flew an ICBM in November 2017 when it tested the Hwasong-15. That was during a run of nuclear and missile tests that led to an exchange of insults and threats between Kim and then-U.S. President Donald Trump, who said the North’s threats against the United States would be “met with fire and fury like the world has never seen.”

While Hwasong-15 demonstrated the potential to reach targets in the American homeland, the latest test displayed a missile that could possibly travel even farther.

The Hwasong-17, which was fired at a high angle to avoid the territorial waters of neighbors, reached a maximum altitude of 6,248 kilometers (3,880 miles) and traveled 1,090 kilometers (680 miles) during a 67-minute flight before landing in waters between North Korea and Japan, according to North Korea’s state media. 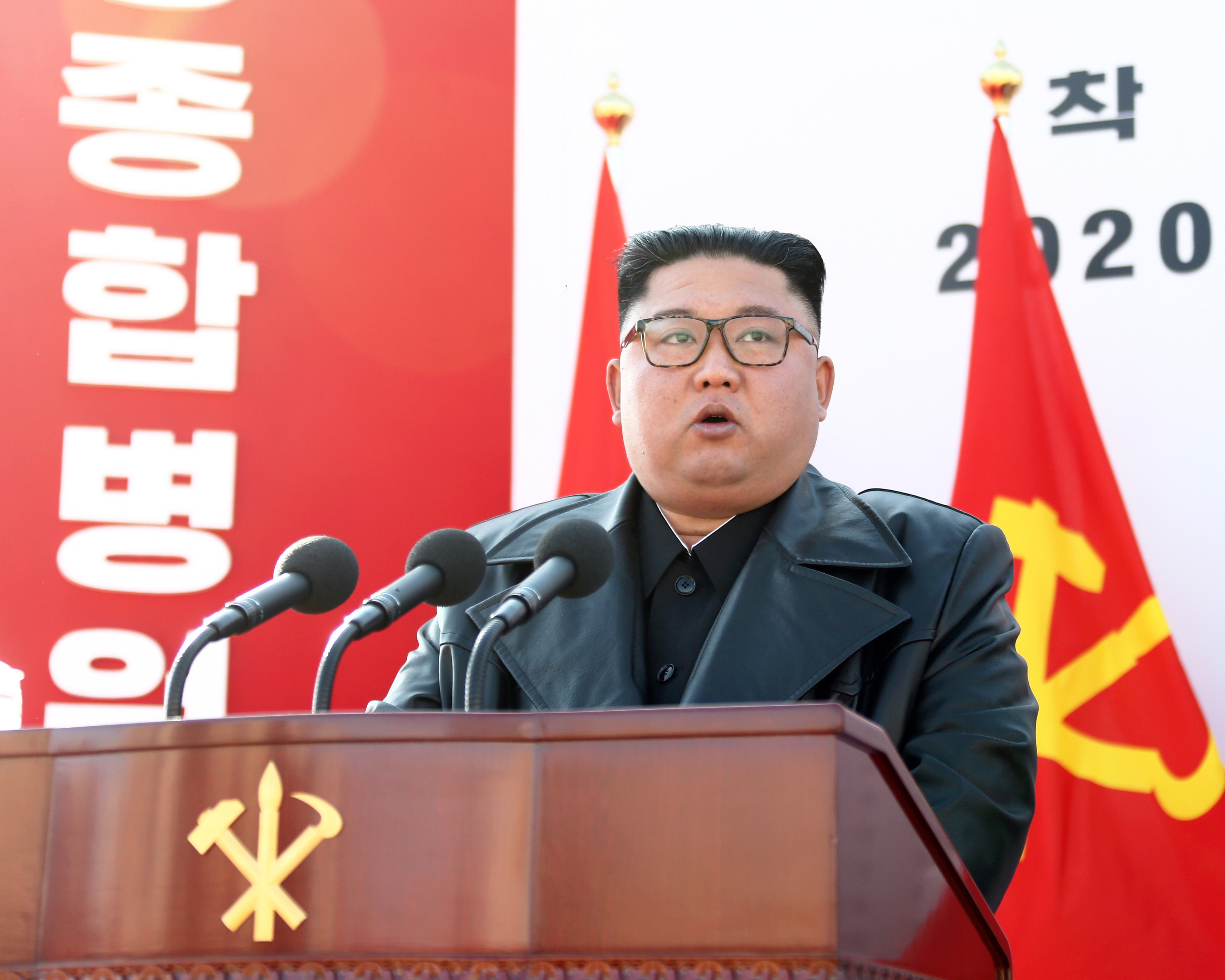 North Korea Says It Test-Fired Its Biggest ICBM Yet; US Adds Sanctions 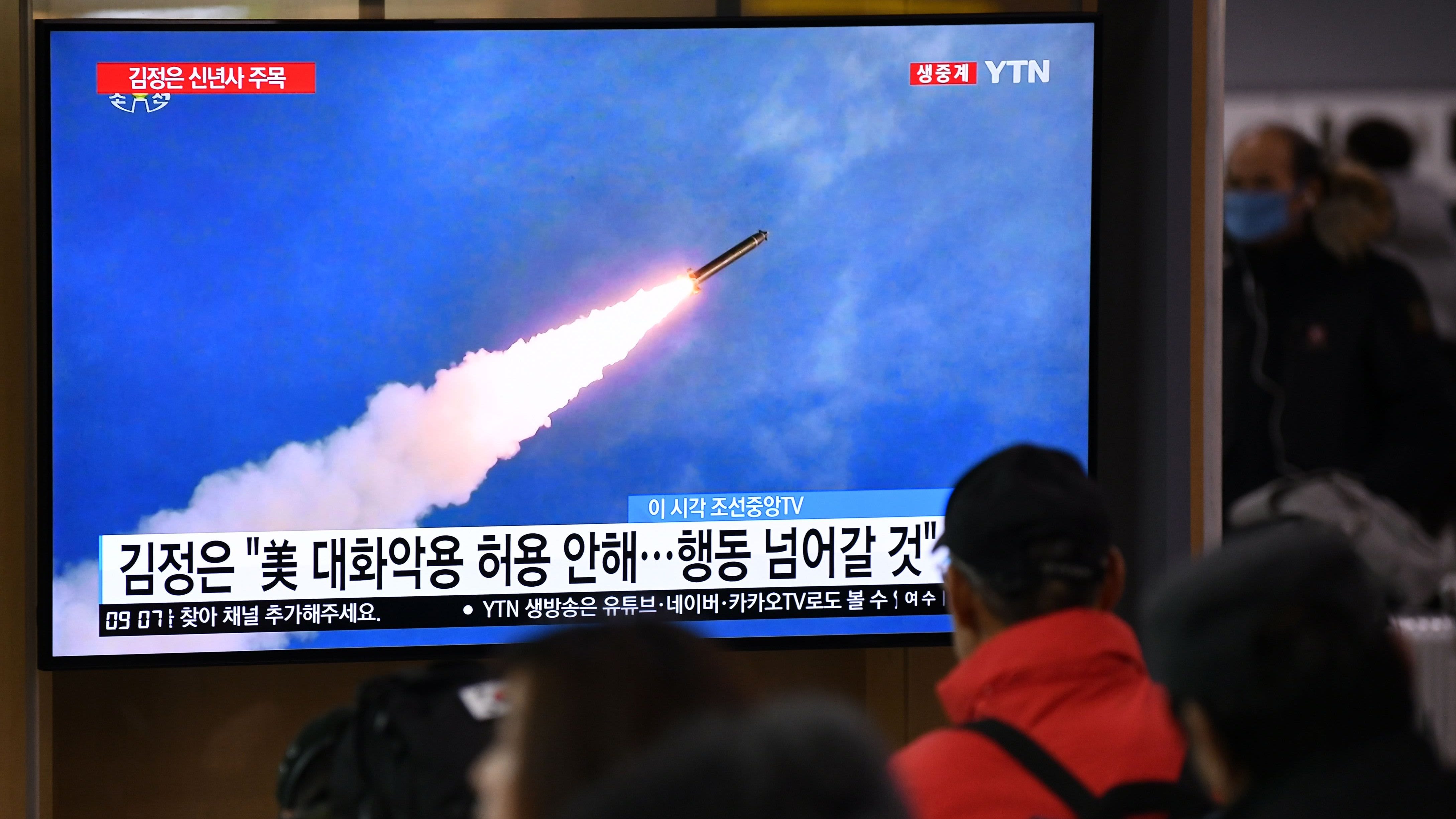 The flight details were similar to assessments by the South Korean and Japanese militaries and suggested that the missile could reach 15,000 kilometers (9,320 miles) when fired on a normal trajectory. That would effectively place the entire U.S. mainland within striking distance.

Extending its ICBM range is crucial for North Korea as it tries to build a more credible nuclear threat to target the United States, said Lee Choon Geun, an honorary research fellow at South Korea’s Science and Technology Policy Institute.

To strike the U.S. mainland, North Korea’s previous ICBMs would have had to pass Alaska, where the United States deploys a larger number of missile interception systems. Hwasong-17’s extra range could theoretically allow the North to avoid Alaska by traveling westward so that it reaches the U.S. mainland by way of the Atlantic Ocean, Lee said.

Will the Warhead Survive?

Analyst Shin Jong-woo at South Korea’s Defense and Security Forum says the North’s development of a larger ICBM likely has much less to do with range than an ambition to eventually arm the missile with multiple warheads. That would improve the weapon’s chances of defeating missile defenses, regardless of whether it goes through Alaska.

While North Korea could be years and major technology advancements away from building a multiwarhead ICBM, it’s becoming more difficult for Washington to ignore Pyongyang’s pursuit of an arsenal that poses a viable threat to the U.S. mainland, Shin said.

It remains unclear after Thursday’s launch whether the North has solved the problem of ensuring that its ICBM warheads can withstand the harsh conditions of atmospheric reentry. While extensively reporting other details of the launch, the North’s state media made no mention of whether any warhead survived.

Both Shin and Lee expect North Korea to conduct more Hwasong-17 tests, including launches over Japan to put further pressure on Washington and allow North Korean scientists to see how the missile operates at a more normal trajectory.

The North in 2017 conducted two launches over Japan of an intermediate range missile potentially capable of reaching Guam, a major U.S. military hub in the Pacific.

U.S. officials say North Korea fired at least one missile over the weekend, marking the first report of such activity since President Joe Biden took office.

Is a Nuclear Test Coming?

North Korea is showing signs that it may be restoring tunnels at its nuclear testing ground that it detonated in 2018, as Kim tried to leverage his nukes for badly needed economic benefits from the United States.

Kim held his first summit with Trump weeks later. The diplomacy derailed after their second meeting in February 2019, when the Americans rejected the North’s demands for major sanctions relief in exchange for a limited surrender of its nuclear capabilities.

The site in Punggye-ri in the country’s northeast was used for its sixth and most recent nuclear test in 2017. After declaring the site’s closure, Kim invited foreign journalists to observe the destruction of tunnels in May 2018. But North Korea didn’t invite outside experts to certify what had been destroyed.

Some South Korean analysts say the North may feel the need to resume nuclear tests in coming months to get the attention of the Biden administration, which has offered open-ended talks but showed no willingness to concede on sanctions.

The missiles the North tested this year included a purported hypersonic weapon and short-range solid-fuel missiles targeting South Korea. Analysts say the North may use another nuclear test to claim it has acquired the ability to produce a nuclear warhead small enough to fit on those missiles.