A sweeping grand jury report into child sexual abuse in Roman Catholic dioceses in Pennsylvania said church officials gave a former priest a positive reference to work at Disney World, even though they'd fielded at least one allegation about him sexually abusing a boy.

The ex-priest, Edward Ganster, left the priesthood in 1990, moved to the Orlando area and went on to work at Disney World before he died in 2014. 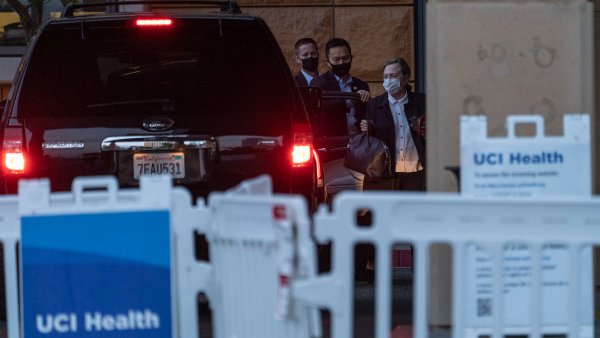 Disney World did not respond to NBC10 Philadelphia's request for information.

Ganster, who became a priest in 1971, was working at St. Joseph's Church in Easton in the late 1970s when a woman complained to a monsignor that Ganster had gotten in bed with her 13-year-old son on an overnight trip and "hurt" him, the report said. The boy also told his mother that "something happened" in the confession booth, it said.

The monsignor told her Ganster would be given counseling and Ganster was promptly reassigned, the report said.

About a decade later, Ganster was on sick leave at a Catholic mental health hospital as he sought to leave the priesthood and get married.

Ganster wrote the Diocese to say he would apply for a job at Disney World and wanted to use the Diocese as a reference, the report said.

Allentown's bishop, Thomas Welsh, wrote to Orlando's bishop that Ganster's problems were "partially sexual" and that he couldn't reassign him. A monsignor separately assured Ganster that he would get a positive reference.

"I am quite sure that the Diocese will be able to give you a positive reference in regard to the work you did during your years of service here as a priest," the monsignor wrote, according to the report.

A diocese spokesman, Matt Kerr, said he knows of no reference letter, or if one was written.

"That should not have happened," Kerr said. "It would not happen today."

More than a decade after Ganster left the priesthood, a man contacted the Allentown Diocese to report that Ganster had victimized him when he was 14 and an altar boy some two decades earlier, the report said.

Ganster fondled, groped and beat him repeatedly, once dragging him across a living room floor by his underwear and once beating him with a metal cross, the report said.

Years later, in 2015, the mother of another victim contacted the Allentown Diocese to report that Ganster abused her then 12-year-old son in 1977, the report said.