Powhatan County Public School bus was heading to the high school when it hit a deer, sending the wild animal through the vehicle's windshield

A Virginia student got a rude awakening Thursday morning when a deer crashed through a school bus windshield and landed on top of him as he lay sleeping across the front seat, surveillance video shows.

The Powhatan County Public School bus was heading to Powhatan High School when it hit a deer, sending the wild animal through the vehicle's windshield and onto the front seat where a student was crouched over napping, NBC affiliate WWBT reports.

Video shows the deer scampering around before rolling onto the floor as the bus driver slows down and opens the door. The deer is then seen making a quick escape. 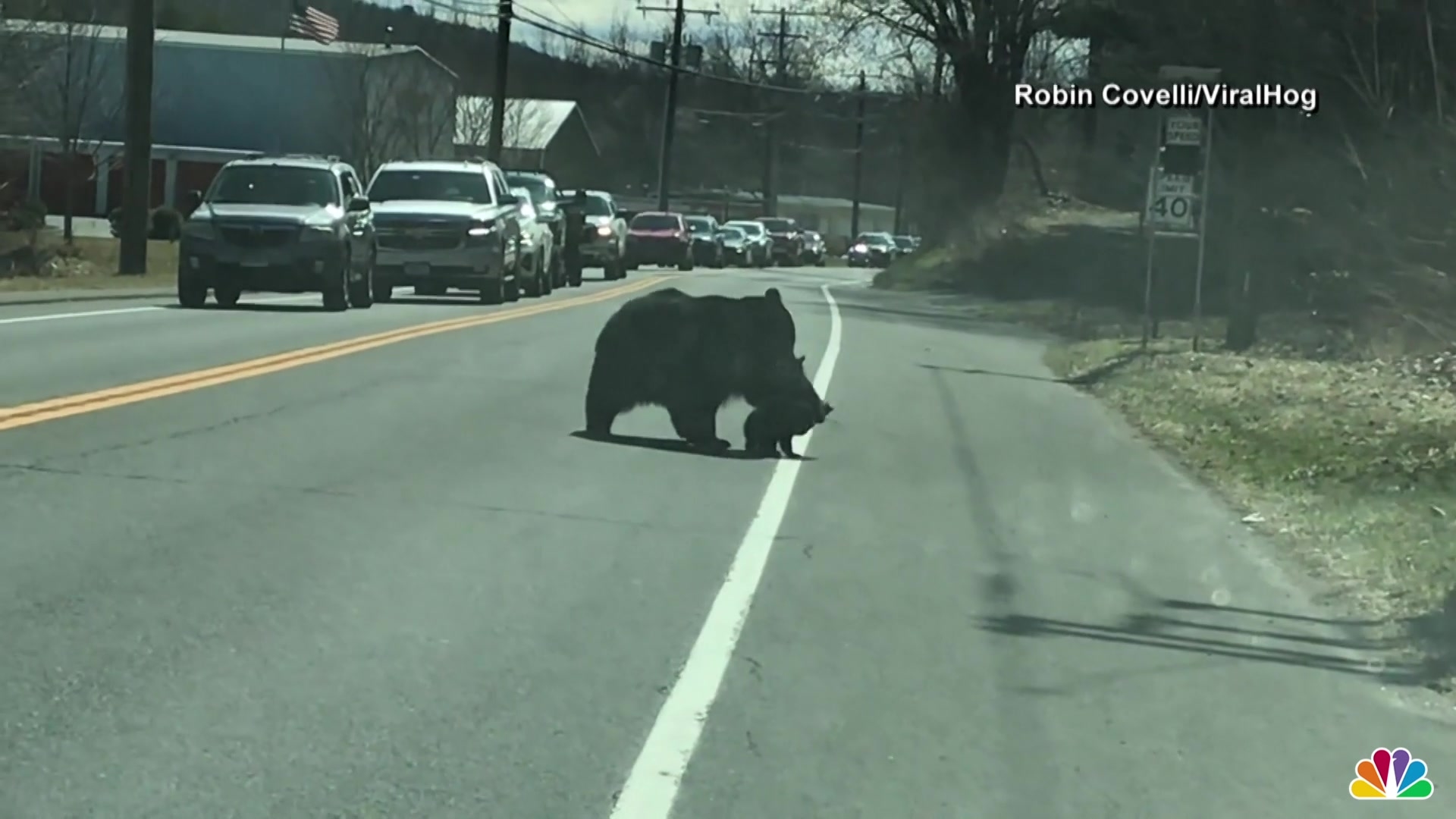 Brian Bartlett, interim director of transportation for the school district, commended the driver for staying calm and getting the deer off of the bus without anyone getting hurt.

There were 14 students on board the bus at the time. No one was hurt.

Traffic on a roadway in Connecticut stopped as a Mama bear helped her cubs cross the street.