The North Carolina man accused of a bomb threat that shuttered Capitol Hill last month pleaded not guilty to federal charges, including attempted use of a weapon of mass destruction, as a judge ruled him competent to proceed in the case after adjustments were made to his medication regimen.

Floyd Roseberry appeared in court virtually Wednesday from the D.C. jail. He’s scheduled to return to court Oct. 8 and will remain in jail until further hearings.

Roseberry is accused of threatening to have a bomb in his pickup truck, triggering a standoff outside the Library of Congress. He also is accused of producing a live feed of the standoff on Facebook, talking about his objections to the 2020 presidential election.

The North Carolina man accused of a bomb threat that shuttered Capitol Hill last week will remain in the D.C. jail for at least another month to assess whether new medication has an impact on a mental health condition.

The incident forced the closure of much of Capitol Hill and the evacuation of some buildings.

On a phone call with News4, Roseberry’s wife said her husband left their home and said he was going on a fishing trip. She said she had no idea he was headed to D.C.

He recently became more politically active and voted for the first time in his life for ex-President Donald Trump, she said. She said her husband was deeply upset by the results of the 2020 election and also faced mental health issues.

Roseberry drove a black pickup truck onto a sidewalk in front of the Thomas Jefferson Building of the Library of Congress, on 1st Street SE, at about 9:15 a.m. Aug. 19, police said. Officers responded to a disturbance call.

The Library of Congress and three Capitol office buildings were evacuated as police investigated.

FBI Washington Field Office, Bureau of Alcohol, Tobacco and Firearms and D.C. police responded to the scene, along with numerous firetrucks and Capitol Police vehicles. Police sent snipers to the area. 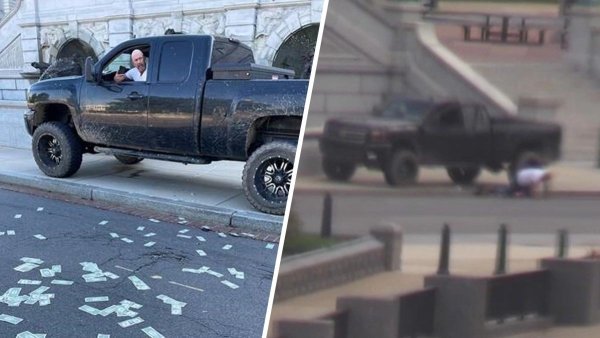 Bomb Threat Suspect Charged After Standoff Near US Capitol 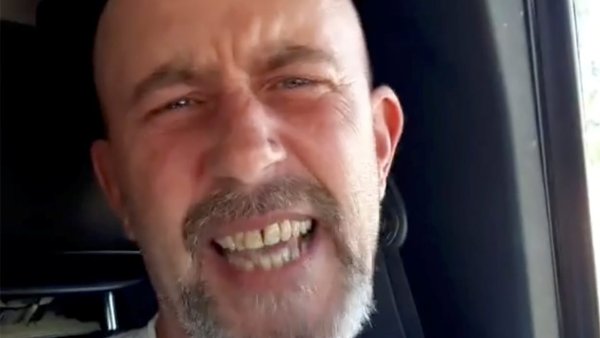 Roseberry finally got out of the truck and climbed away after about five hours, before 2:30 p.m., and the area reopened about 4:30 p.m.

There were few lawmakers and staffers in the Capitol complex. Some staffers were seen calmly walking out of the area at the direction of authorities.

Photos: DC Bomb Threat Near US Capitol Under Investigation

It was the first time Capitol office buildings were evacuated since the Jan. 6 insurrection.

Capitol Police and D.C. police have been on high alert since the insurrection.

Officer Billy Evans died in an attack outside the Capitol in April. A man rammed into officers at a barricade and then jumped out of the car with a knife.