The Trump administration missed a deadline for giving Congress numbers used for divvying up congressional seats among the states, and government attorneys said Monday that the figures would not be ready until early March, almost a month later than previously disclosed.

President Donald Trump on Sunday let slip the target date for transmitting the apportionment numbers to Congress as the U.S. Census Bureau continued to work toward fixing data irregularities from its number-crunching efforts.

Under federal law, the president is required to hand over the numbers to Congress showing the number of people in each state within the first week of the start of Congress in the year following a once-a-decade head count of every U.S. resident. There are no penalties for missing the deadline.

The president's tardiness stemmed from the Commerce Department, which oversees the Census Bureau, missing a year-end target date for giving the apportionment numbers to the president, due to the pandemic and irregularities that were discovered while crunching data from the 2020 census on a shortened schedule.

“The Census Bureau is committed to fixing all anomalies and errors that it finds in order to produce complete and accurate results," said Deborah Stempowski, an assistant director at the Census Bureau, in a court filing last week.

President Donald Trump’s memo aims to omit undocumented immigrants from the apportionment base, which is, in part, used to determine how many seats a state gets in the House of Representatives.

The census not only decides how many congressional seats and Electoral College votes each state gets based on population, but it also determines the distribution of $1.5 trillion in federal funding each year.

The earliest date the apportionment numbers will be ready is March 6, nearly a month past the Feb. 9 date disclosed last week, as the Census Bureau fixes anomalies discovered during data processing, Department of Justice attorneys said Monday during a court hearing.

Deputy Assistant Attorney General John Coghlan said during the hearing there were no new irregularities, but that the ones disclosed last week needed more time to correct.

The Department of Justice is representing the Commerce Department and Census Bureau in a lawsuit filed by a coalition of municipalities and advocacy groups in federal court in San Jose, California.

If the March date holds, the Census Bureau will not finish processing the numbers until weeks after Trump leaves office Jan. 20, putting in jeopardy an unprecedented order by the president to exclude people in the country illegally from those figures. President-elect Joe Biden opposes the order, which was inspired by an influential GOP adviser who wrote that excluding them from the apportionment process would favor Republicans and non-Hispanic whites.

Last week, Biden announced that Rhode Island Gov. Gina Raimondo will be his nominee for Commerce Secretary, which would make her responsible for the final 2020 census numbers instead of current Commerce Secretary Wilbur Ross, if census data processing continues past Jan. 20. 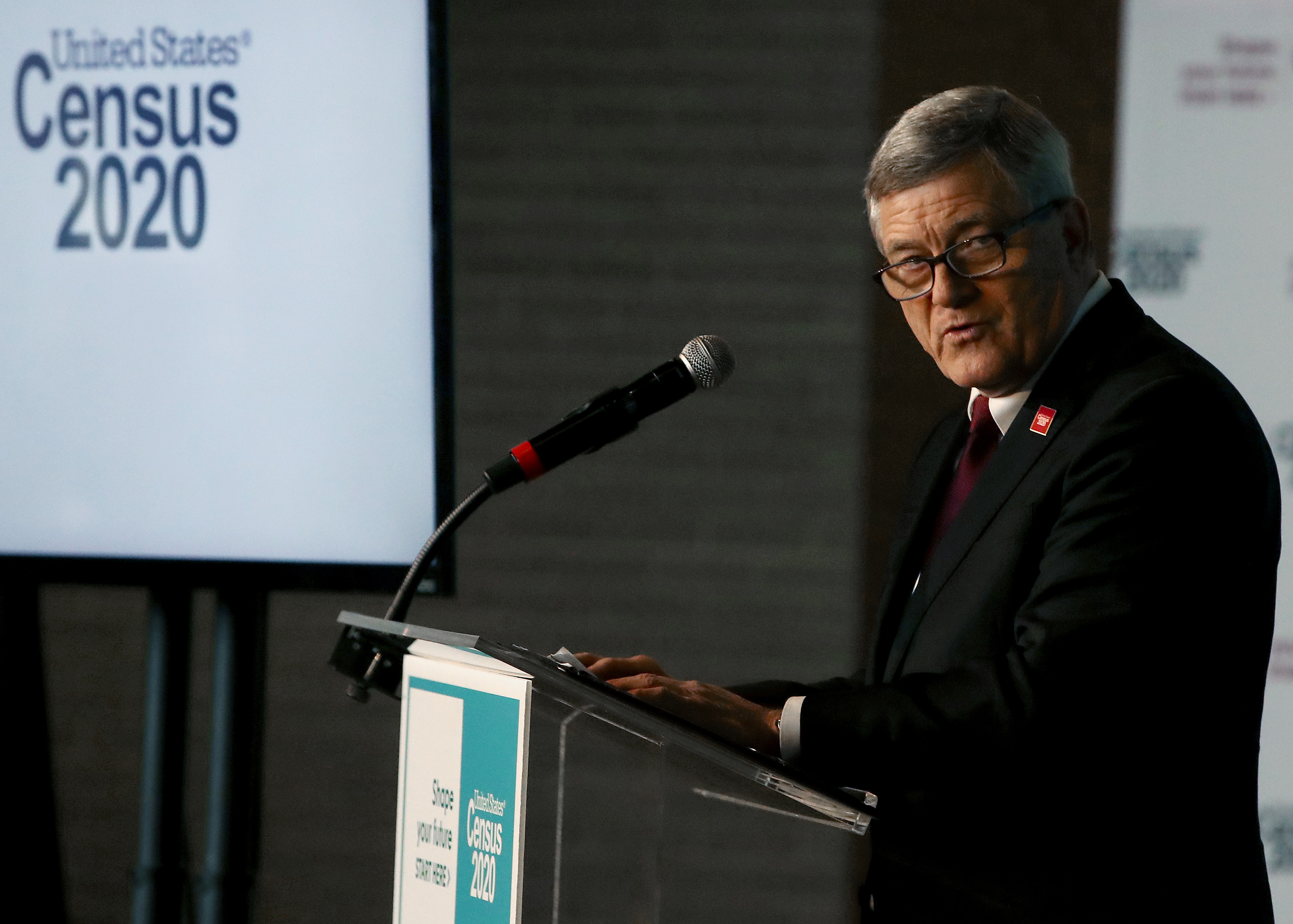 The Constitution states that the apportionment process is based on “the whole number of persons in each state." Trump’s apportionment order was challenged in more than a half-dozen lawsuits across the U.S. But the Supreme Court ruled last month that any challenge was premature.

The San Jose lawsuit was originally brought by a coalition of municipalities and advocacy groups that had sued the Trump administration stop the census from ending early out of concerns that a shortened head count would cause minority communities to be undercounted. The coalition of municipalities and advocacy groups currently is seeking data and documents to help assess the accuracy of the 2020 census, saying a shortened timeline for processing the data will compromise its quality.

The coalition says Department of Justice attorneys have repeatedly refused to turn over court-ordered documents, and the coalition is seeking sanctions of $5,000 a day until they do so.

“They have done so precisely so that Defendants ‘best-Census-ever!' assertions ... can never be fully tested," coalition attorneys said in a court filing.

U.S. District Judge Lucy Koh said at Monday's hearing that she was disappointed that the government attorneys hadn't produced more documents. Koh is presiding over the lawsuit, but a separate panel of magistrate judges is deciding whether to agree to the sanctions.

The Department of Justice attorneys have said sanctions are inappropriate. Government attorneys said at Monday's hearing that they have been overwhelmed by the volume of requests from the plaintiffs' attorneys.

“We are in a hole, and we are trying to get out of the hole as dirt is being poured on us, said Brad Rosenberg, a Department of Justice attorney.