Climate change poses a threat to public housing units all over the Garden State, as many of them are in flood plains, NBC10, NJ.com and Climate Central report.

NBC10 posted this article in collaboration with NJ Advance Media and Climate Central. Check out more of their work here.

When Hurricane Sandy hit Atlantic City in 2012, floodwaters swept up to the second step of the buildings at Julissa Carmona’s apartment complex, wrecking the Honda she had parked on the street.

Carmona had to dig deep for $2,800 to buy a Jeep, a vehicle better suited for rising tides. It was a financial hit for the 49-year-old casino worker, whose affordable housing complex sits beside an expansive, swampy-smelling marsh on the island’s bayside.

“Sometimes I wish I could move to another state where there’s no water around,” she said.

The water is a constant, creeping threat in Atlantic City, where the sea level rise has caused an increase in sunny day flooding. These days, it only takes a particularly high tide, which reaches more than a foot higher than it did a century ago, for water to spill onto the city’s streets.

As many as 1,640 affordable housing units in New Jersey are vulnerable to coastal flooding at least once per year, according to an analysis led by scientists at Climate Central, a Princeton-based non-advocacy research and news group.

That number, which is about 1% of the state’s affordable housing stock, is the highest of any state in the nation. 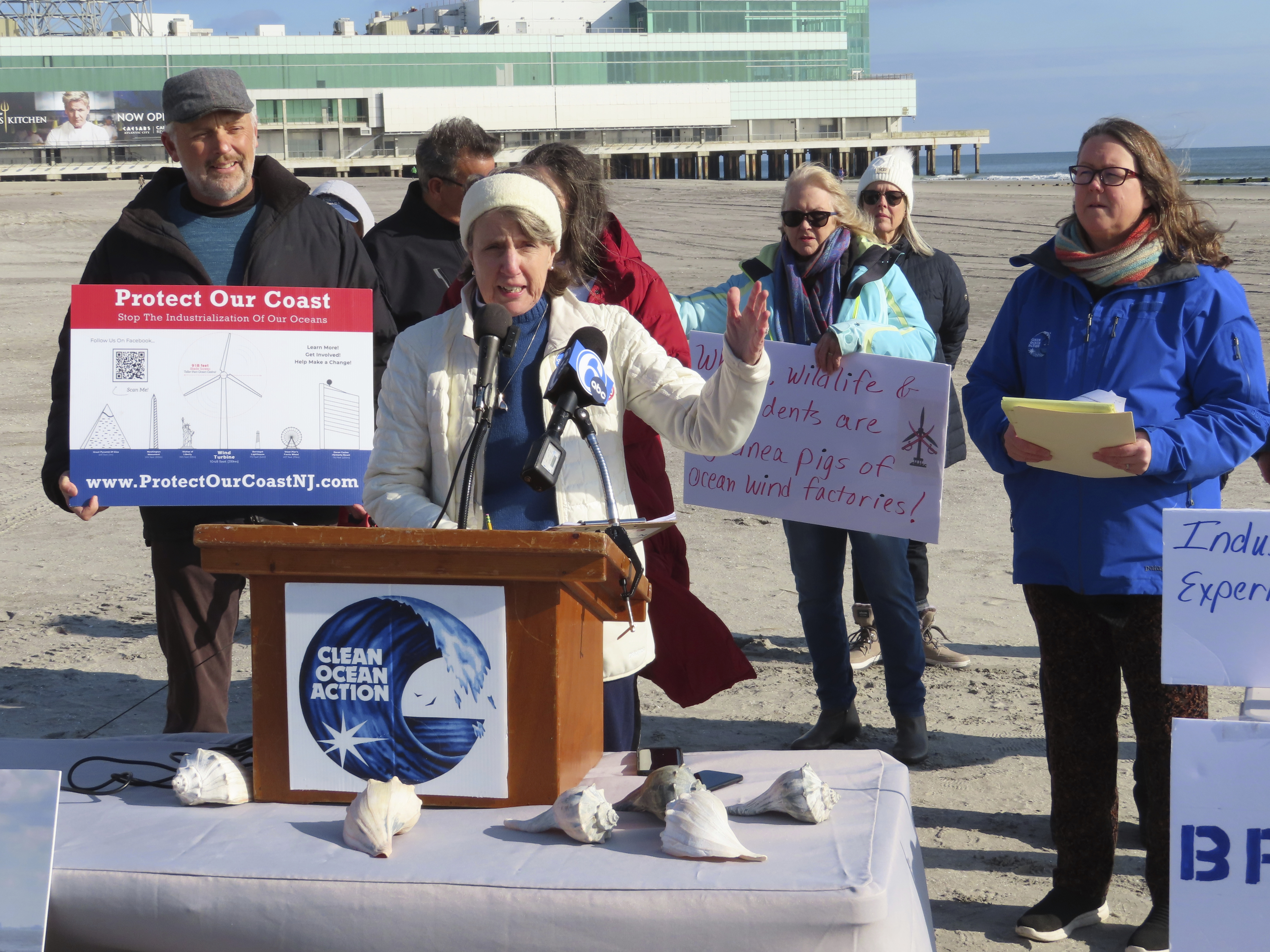 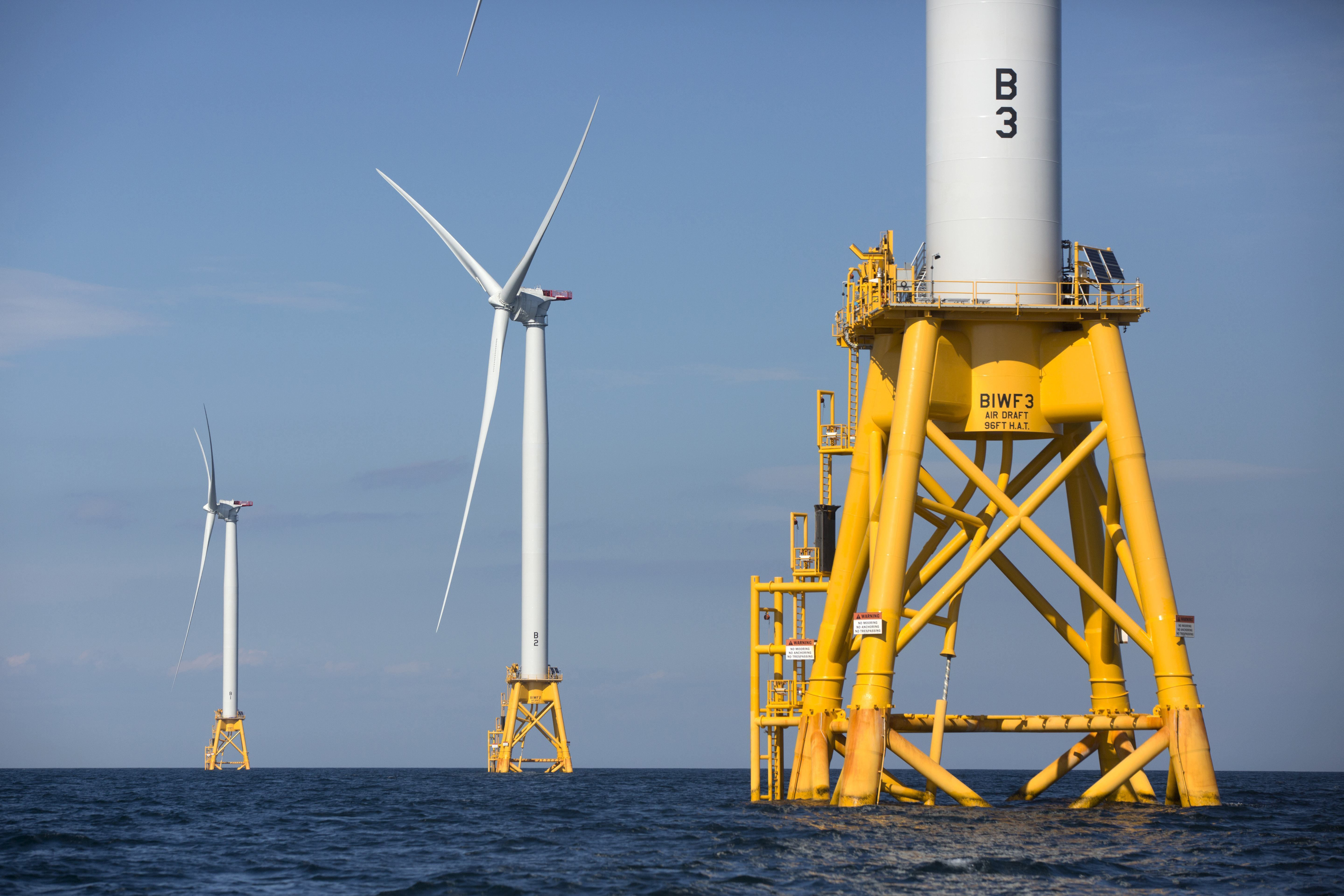 It’s also expected to get worse.

Sea levels are rising as Earth’s climate changes, a phenomenon driven by the heat-trapping effects of fossil fuel pollution. New Jersey has experienced sea level rise at about twice the global average, because much of the state’s land is sinking at the same time. Beyond sea level rise, climate change is expected to bring more intense storms to the state, increasing the threat of inland flooding.

“Affordable housing” is generally defined as a house or apartment that a family can obtain for 30 percent or less of its income. That includes government-run housing complexes and private developments that receive tax credits for offering some of its stock to low-income renters.

Nearly one in 10 New Jersey residents live below the poverty line, making such subsidized housing crucial to their survival.

By 2050, as many as 24,500 affordable housing units in the United States are projected to be exposed to regular coastal flooding.

For New Jersey, that means 6,825 units could be damaged by flood, potentially displacing an estimated 15,000 people.

NJ Advance Media partnered with Climate Central to examine how affordable housing around the Garden State is already threatened by regular flooding, and how climate change is turning a coastal planning problem into an existential threat to many shore communities.

The places at risk

Next to New Jersey, New York and Massachusetts have the most affordable housing residents at risk, but nearly every coastal state in the country will be affected, the study found.

It’s not just the number of homes threatened by coastal flooding that matters — it’s how often flooding happens.

Some communities are seeing the effects of climate change right outside their window as flooding becomes an increasing problem. NBC10’s Investigative Reporter Claudia Vargas explains.

Over the next 30 years, the average frequency of flooding affecting affordable housing units is expected to almost quadruple, the analysis showed. By 2050, nearly half of New Jersey’s at-risk affordable housing stock could flood at least four times per year.

And the residents of affordable housing — who are disproportionately Black, Hispanic or Native American — will bear the brunt of it, experts say.

Those residents “live in neighborhoods that are higher risk of multiple adverse environmental conditions” including flooding, said University of California researcher Lara Cushing, the study’s co-author, owing the disparity to redlining and other forms of housing discrimination.

In South Jersey, the affordable housing near the Delaware River and its tributaries in Camden, Penns Grove and Salem are projected to flood regularly in coming decades.

In Newark, New Jersey’s largest city, hundreds of affordable housing units will likely be threatened by flooding by the end of the century. The famed Ironbound neighborhood, which lies at some of the lowest elevations in Newark and is home to the Terrell Homes and Pennington Court public housing developments, are among the most at-risk parts of the city.

When cities and towns are compelled to build such developments, affordable housing often ends up in undesirable lots — bisected by highways, atop polluted lands or next to smoke-spewing factories and landfills.

And, of course, in floodplains.

“When we’re making decisions about climate change, and what happens where, it’s really important to recognize that communities of color, lower income communities, usually aren’t at the table when it comes to that decision making,” said Peter Kasabach, the executive director of New Jersey Future.

“And (they) are usually at the wrong end of the stick when it comes to how investments get made, and how decisions about who’s safe and who’s not get made.”

In low-lying coastal areas like the Jersey Shore, sea level rise presents an existential threat, raising difficult questions about what to rebuild, what to reenforce — and what to abandon.

“We’re going to be facing daily flooding in places and that starts to break apart the ability of the community to function,” said Rob Freudenberg, vice president of the Regional Plan Association.

“It’s not a storm that comes once, it goes away, and then you rebuild.”

Freudenberg, whose group advocates legislatures in the tri-state area addressing climate change, head on, said policy makers need to have difficult conversations over “managed retreat,” a term for a deliberate push to stop developing on the coasts.

In a statement, the New Jersey Department of Environmental Protection said the findings “underscore the urgency of sea-level rise and flooding in New Jersey” and “highlight the need for resilience planning and investment to ensure that all New Jerseyans, especially those in affordable housing, can be protected from the current impacts of sea-level rise and climate change.”

The bottom of the bowl

Hoboken is a square mile of a city built mostly on filled-in wetlands. The land beneath the city is shaped like a bowl, rimmed by higher ground close to the Hudson River on the east and the lower reaches of the Palisades on the west.

Today, about 75% of Hoboken lies at the bottom of that bowl.

“Since starting to live there, I’ve seen nothing but flooding every time it rains,” Ross said. “And it could be just, you know, a typical rainy day.”

Hoboken’s worst-case scenario was realized during Superstorm Sandy, which sent a 14-foot storm surge into the city, dumping rain atop it, stranding more than 20,000 residents.

Ross said her building was without power or heat for days. Flood waters reached the stairwells of her building and knocked elevators out of service.

“It was pitch black dark,” she recalled.

The harrowing ordeal of Sandy and the increase in daily flooding drove city officials to take the dramatic step of suing major oil companies in September, becoming the first New Jersey city to do so.

The lawsuit accuses oil companies of prioritizing profits while ignoring and denying climate science and seeks payment for the havoc climate change has wrought on the city’s infrastructure.

Getting property owners to invest in fortifying affordable housing units against flood risk remains a challenge, given how expensive infrastructure adaptation and resilience can be. It can cost more than $100,000 to elevate a single-family home — money many property owners don’t have.

The burden then falls on low-income families living within floodplains.

Pilar Hogan Closkey, executive director of the Camden nonprofit Saint Joseph’s Carpenter Society, said families in affordable housing may be living on a budget and unable to afford flood insurance to protect their belongings.

The nonprofit rehabilitates abandoned homes in the city and guides low-income families through the process of becoming homeowners, Closkey said. They help residents outline a personal budget, and bring up the option of buying insurance given the proximity of homes to the Cooper River.

“If you have the extra money, you buy the insurance. If you don’t have it, you’re just going to take a chance,” she said.

Some officials are thinking of ways to better fortify new affordable housing against storms and nuisance flooding.

Atlantic City Housing Authority Executive Director Tom Hannon said two future projects, including a planned rehabilitation of the Walter Buzby Village, will include flood mitigation in design plans. The renovation plan calls for flood vents and water resistant flooring materials on the ground level of the units, which were originally built in 1951.

Half the units at Walter Buzby Village at the site are already elevated one foot above the Base Flood Elevation (BFE) of nine feet, which is the height FEMA expects water to rise or exceed from a 1% annual chance of flooding in that section of Atlantic City.

The other half are raised two feet above the BFE, as per the municipal building code, Hannon said.

But further north on the island, Stanley S. Holmes Village falls short, Hannon said. A co-developer has been selected to tear down and rebuild the site at an elevated level around next year, he said.

In Hoboken, Stratton, the resilience officer, said officials created a city-wide flood mitigation strategy rather than dealing with the issue on a site-by-site basis. The city estimates it is about four to five years away from completing all the planned flood improvements.

“For our affordable housing community, I’m confident that the strategies that we’ve developed both include them and protect them,” Stratton said.

The heart of that work is the $230 million Rebuild by Design program, Stratton said. That effort is in partnership with DEP, and uses federal funding. Adjacent areas of Jersey City and Weehawken are included in the program.

Ross, the former public housing resident, had a front row seat to Hoboken’s resilience efforts as a member of the Rebuild by Design program’s citizen advisory group. Today, Ross said she believes the city has a good plan to deal with future flooding.

But she warns that no plan will completely protect Hoboken from the next Sandy, and whenever the next major storm does hit Hoboken, Ross said public housing residents will dig in again.

“It’s like, oh. Here we go again, it’s another storm. We just gonna ride through it and, you know, do what we got to do,” Ross said.

One policy change that nonprofit New Jersey Future is pushing for is an update to the state’s municipal planning laws, to require cities and towns to account for future climate change risks when making development decisions. Such an amendment has been proposed by state Sen. Bob Smith, D-Middlesex, in the bill S2607.

Whatever happens in the Statehouse, the DEP said affordable housing “will be an ongoing consideration in how we strengthen New Jersey against the current threats of climate change, including New Jersey’s climate resilience strategy, regulatory reform, proposed changes to Flood Hazard Area rules and environmental justice guidance.”

“If you’re going to build in these flood zones, especially in low-income housing, they should be built to a higher standard,” Nazari said.

The researcher says the responsibility falls to local, state and federal governments.

“But we can hold them accountable for the things they could have done ahead of time.”