Evelyn Mae Boswell, who is 15 months old, has been missing for several months

An investigator revealed new details about the discovery of a child's body on property belonging to relatives of a Tennessee woman whose daughter was reported missing last month.

Other clothing, diapers and toys that would have belonged to the child were also found on the property, Fraley said.

Results of an autopsy were still pending.

Megan Boswell, 18, was charged with filing a false report in her daughter's disappearance on Feb. 25 and has been held in the Sullivan County jail. Judge James Goodwin increased Boswell's bond Monday to $150,000, according to news outlets. 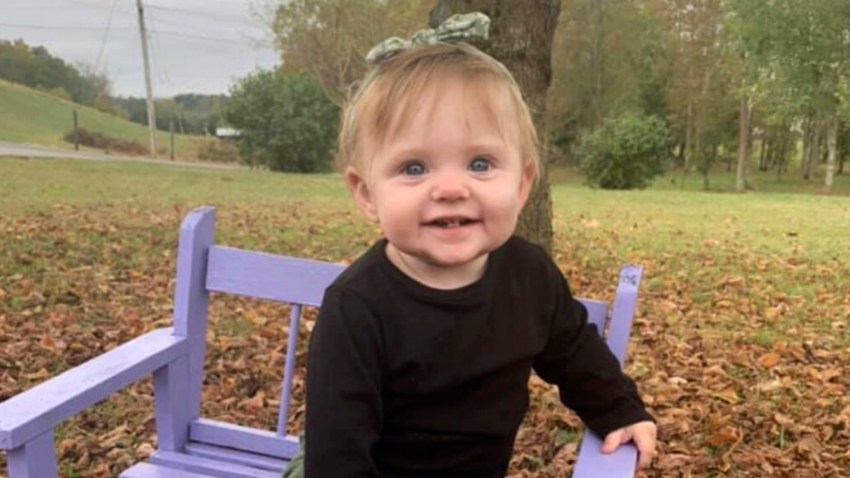 Boswell's attorney Brad Sproles declined an interview with the television station, which was the only TV station in the courtroom Monday.

The discovery of the body ended a 17-day search across three states for the missing toddler. An Amber Alert was issued more than two weeks ago, but authorities have said she hadn't been seen since at least December.

Megan's mother, Angela Boswell, was arrested the week before her daughter was taken into custody. She and her boyfriend, William McCloud, were arrested in North Carolina on fugitive warrants unrelated to Evelyn's case, authorities said.

Angela was returned to the Sullivan County jail a day before her daughter joined her there, and arraigned on a theft charge.