With his first remarks as president, Biden sought to begin bringing the country together

In a speech that touched on the remarkable challenges and deep divisions facing the United States, President Joe Biden's inaugural address focused on calls for unity and a path forward.

Speaking from the U.S. Capitol building that just two weeks ago was the site of a riot of people supporting his predecessor, Biden called on Americans to come together and pledged to be a leader for all of the country.

"This is our historic moment of crisis. And unity is the path forward. And we must meet this moment as the United States of America," Biden said, emphasizing the word united. "If we do that, I guarantee you we will not fail. We have never, never, never, never failed in America when we acted together."

With his first remarks as president, Biden sought to begin that unity.

"We’ve learned again that democracy is precious. Democracy is fragile, and, at this hour, my friends, democracy has prevailed," he said.

He pledged his "whole soul" to lead the country.

He touched on what he sees as the four biggest challenges facing the country -- the COVID-19 pandemic, racial injustice, climate change and the resurgence of white supremacy. 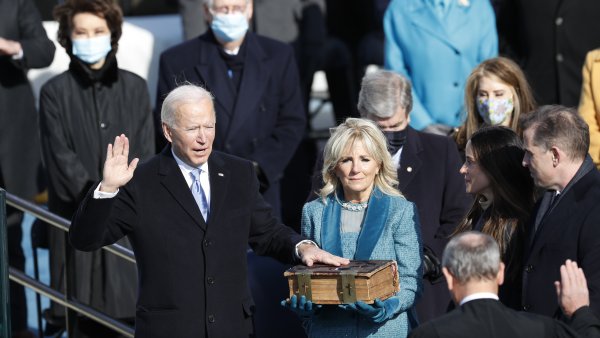 WATCH: Joe Biden Sworn in as 46th President of the United States 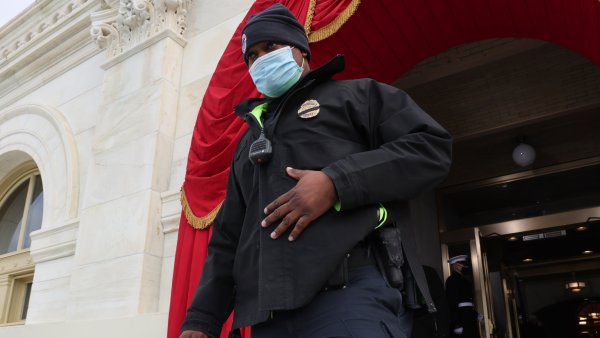 He also addressed the calls of a stolen election that led to the Capitol Riot two weeks ago.

"Recent weeks and months have taught us a painful lesson: This is truth and there are lies. Lies told for power and for profit. And each of us has a duty and a responsibility as citizens, as Americans and especially as leaders, to defend the truth and defeat the lies."

Throughout the address, Biden emphasized that his administration would move forward, progressing and tackling the issues facing the country.

Biden took the oath of office just before noon Wednesday during a ceremony at the U.S. Capitol. The presidential oath was administered by U.S. Supreme Court Chief Justice John Roberts.