Andre Hill's Loved Ones Mourn Loss of ‘a Chess-Playing Mind'

Columbus Officer Adam Coy, who is white, fatally shot Hill, who was Black, early Dec. 22 as Hill emerged from a garage holding a cellphone in his left hand and his right hand obscured

In late May, Andre Hill and his roommate Donyell Bryant watched in shock, along with the nation, the video of a Minneapolis police officer pressing his knee on George Floyd’s neck for minutes, even as Floyd pleaded that he couldn’t breathe.

Nearly six months later, Bryant, 42, sat alone on the same couch in his home in Dublin in suburban Columbus watching body camera footage of a police officer shooting and killing his friend of 22 years.

Columbus Officer Adam Coy, who is white, fatally shot Hill, who was Black, early Dec. 22 as Hill emerged from a garage holding a cellphone in his left hand and his right hand obscured. He was visiting a family friend at the time. 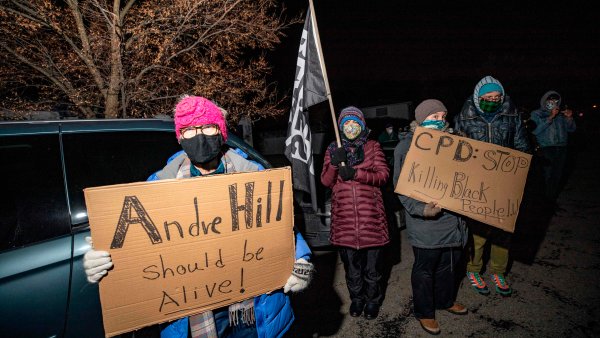 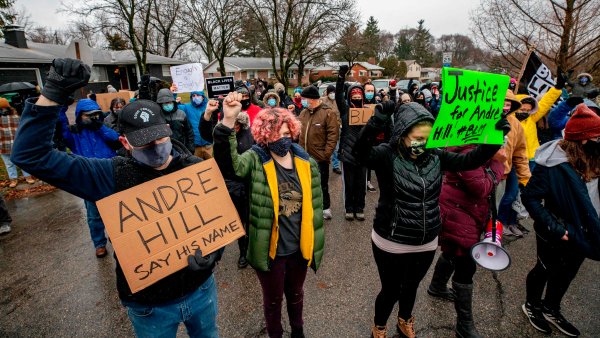 Police had responded to a neighbor's nonemergency complaint about someone stopping and starting a car outside.

“He was bringing me Christmas money. He didn’t do anything,” a woman inside the house shouted at police afterward.

Coy, who had a long history of complaints from citizens, was fired Dec. 28 for failing to activate his body camera before the confrontation and for not providing medical aid to Hill.

Beyond an internal police investigation, the Ohio attorney general, the U.S. attorney for central Ohio and the FBI have begun their own probes into the shooting.

Family and friends are remembering Hill — a father and grandfather — as a man devoted to his family, an always-smiling optimist and a skilled tradesman who dreamed after years of work as a chef and restaurant manager of one day owning his own restaurant.

“I consider him an everything man,” his 27-year-old daughter, Karissa Hill, said Thursday. She added: “It’s hard to say what he did, because he did everything.”

Hill, 47, grew up in the Eastmoor neighborhood of Columbus, a racially mixed area on the city's east side. He graduated in the early 1990s and earned certification in business management and culinary arts at Hocking College in southeastern Ohio.

Hill — "Dre" to friends and “Big Daddy” to his three grandchildren — worked at many restaurants around Columbus over the years either as a chef or manager, including Buffalo Wild Wings and Popeyes, and franchises of two smaller chains, Cooker Restaurant and the Old Bag of Nails.

He was a skilled soul food chef but enjoyed trying all styles of cooking.

“You name it, he makes it,” said Michael Henry, 49, who attended high school with Hill and later shared an apartment. He added: “That was his passion right there, cooking.”

Later, Hill joined Henry at Airnet Systems in Columbus, a transportation company that shipped packages and mail, including overnighting checks to banks. There, he met Bryant, bonding over a game of chess. The two hit it off, eventually moving in together and becoming more like brothers than roommates, said Bryant, who met his girlfriend of four years through Hill.

Victor Carmichael met Hill and Bryant when he also started work at Airnet Systems in the late 1990s. Carmichael, 44, was new to Columbus at the time and didn’t know anyone. Hill helped him find a community in Ohio, he said, typical of the kind of friend he was.

Hill's fondness for chess epitomized the way he conducted himself, said his younger brother, Alvon Williams, calling him an overachiever.

“He had a chess-playing mind with life," Williams said. “Chess is a move before your initial move, even two moves ahead. And that’s what he did every day with anything that he tried to achieve.”

Hill was insistent that his family — including his daughter and grandchildren and his two sisters and brother — stay in touch, especially after any prolonged separation.

“He's the one to make that call — 'You get over here right now. I'm cooking dinner. Let's go,'" said sister Michelle Hairston, 45.

In the last year, the coronavirus pandemic forced Hill to press pause on his dream of owning a restaurant, and he took on work in construction and house remodeling to help provide for his family instead. He worked across Ohio as a subcontractor, said sister Shawna Barnett.

The day he died, Hill had put together his own crew to do independent contracting, a goal he had working toward since March, Bryant said.

On that Tuesday, Hill was borrowing a co-worker’s truck he had plans to purchase and parked it outside his friend’s house.

Underneath the sweater he wore as he emerged from the garage and walked slowly toward police, he was wearing a Black Lives Matter T-shirt calling for justice for George Floyd.

Farnoush Amiri is a corps member for the Associated Press/Report for America Statehouse News Initiative. Report for America is a nonprofit national service program that places journalists in local newsrooms to report on undercovered issues.