Pedro Guzman has been an American citizen all his life. Yet in 2007, the 31-year-old Los Angeles native -- in jail for a misdemeanor, mentally ill and never able to read or write -- signed a waiver agreeing to leave the country without a hearing and was deported to Mexico as an illegal immigrant.

For almost three months, Guzman slept in the streets, bathed in filthy rivers and ate out of trash cans while his mother scoured the city of Tijuana, its hospitals and morgues, clutching his photo in her hand. He was finally found trying to cross the border at Calexico, 100 miles away.

These days, back home in California, "He just changes from one second to another. His brain jumps back to when he was missing," said his brother, Michael Guzman. "We just talk to him and reassure him that everything is fine and nobody is going to hurt him." 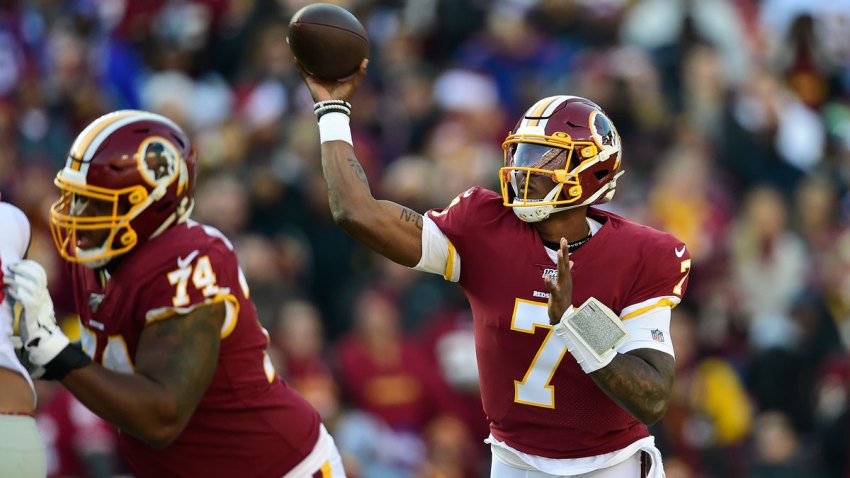 In a drive to crack down on illegal immigrants, the United States has locked up or thrown out dozens, probably many more, of its own citizens over the past eight years. A monthslong AP investigation has documented 55 such cases, on the basis of interviews, lawsuits and documents obtained under the Freedom of Information Act. These citizens are detained for anything from a day to five years. Immigration lawyers say there are actually hundreds of such cases.

It is illegal to deport U.S. citizens or detain them for immigration violations. Yet citizens still end up in detention because the system is overwhelmed, acknowledged Victor Cerda, who left Immigration and Customs Enforcement in 2005 after overseeing the system.

The number of detentions overall is expected to rise by about 17 percent this year to more than 400,000, putting a severe strain on the enforcement network and legal system.

The result is the detention of citizens with the fewest resources: the mentally ill, minorities, the poor, children and those with outstanding criminal warrants, ranging from unpaid traffic tickets to failure to show up for probation hearings. Most at risk are Hispanics, who made up the majority of the cases the AP found.

"The more the system becomes confused, the more U.S. citizens will be wrongfully detained and wrongfully removed," said Bruce Einhorn, a retired immigration judge who now teaches at Pepperdine Law School. "They are the symptom of a larger problem in the detention system. ... Nothing could be more regrettable than the removal of our fellow citizens."

Jim Hayes, ICE director of detention and removal, said he is aware of only 10 cases of U.S. citizens detained over the past five years. Even if combined with the cases found by the AP, "that's not an epidemic," Hayes said. He refused to identify any cases, citing privacy laws.

He added that agents investigate any claims to U.S. citizenship, but they often turn out to be false. He said U.S. citizens sometimes claim to be foreign-born, and that immigration officials never knowingly hold someone they can "definitively" determine is a citizen.

It's impossible to know exactly how many citizens have been detained or deported because nobody keeps track. Kara Hartzler, an attorney at the Florence Immigrant and Refugee Rights Project in Arizona, testified at a U.S. House hearing last year that her group alone sees 40 to 50 jailings a month of people with potentially valid claims to citizenship.

"These cases are surprisingly, painfully common," she said.

The nonprofit Vera Institute for Justice found 322 people with citizenship claims in 13 immigration prisons in 2007, up from 129 the year before. That number does not include possible citizens in the nation's more than 300 other immigration prisons.

What is clear is that immigration detentions — including those of citizens — have soared in recent years. One reason is a heightened concern for security that arose out of the Sept. 11, 2001, terrorist attacks. Another is a political climate that encouraged a tough stance on illegal immigration, especially after Congress failed to pass immigration reform legislation almost three years ago.

After 2003, the nation launched several programs to detain more immigrants, including one that called on local police and sheriffs for help. Before 2007, just seven state and local law enforcement agencies worked with immigration. By last November, more than 950 officers from 23 states had attended a four-week program on how to root out and jail suspected illegal immigrants.

A Government Accountability Office investigation has since found that ICE did not ensure local officials properly used their authority and failed to collect data to assess the program. As a result, ICE is rewriting agreements with 67 agencies.

The program came under fire partly because it gives local officers so much leeway to decide who to stop. Almost one in 10 Hispanic adults born in the U.S. report that police or other authorities stopped them and asked about their immigration status in 2007, according to a Pew Hispanic Center survey of more than 2,000 people.